Spatial and temporal control of drug production is achieved by optogenetical triggering a hydrogel-encapsulated bacterial system. 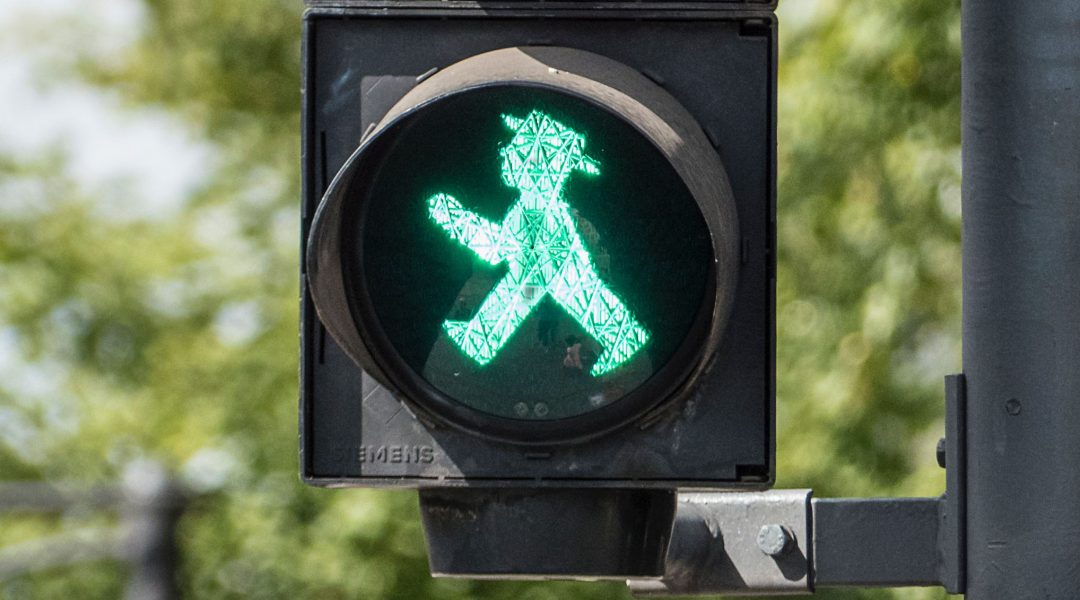 Believe it or not, your body is capable of some amazing things that are highly interesting for pharmaceutical science. Take your digestive system, for example: it absorbs the nutrients contained in your food, which increases your blood sugar levels. These higher levels in turn trigger insulin production, which enables your cells to take up the sugar, making its energy accessible to the body.

In contrast, conventional medicines usually come in pills that dissolve over time. The only way to control their effect is by controlling the dose of the pill and the frequency in which the pills are taken.

The reason for this drastic difference between nature and science is that scientists often have a hard time replicating what is second nature to your body: To produce and release molecules when and where required in precisely the right amount. Better control over drug delivery and release is particularly important for cancer therapy; one of the reasons why current chemotherapies are so taxing for patients is that they usually act systemically, not locally, at the tumor.

In search for a drug delivery system that allows for time- and location-controlled delivery, Dr. Shrikrishnan Sankaran from the Leibnitz Institute for New Materials (INM), Professor Aránzazu del Campo from INM and Saarland University, and their co-workers enrolled a well-known little helper: the bacterium Escherichia (E.) coli.

More than 30 years ago, science established ways to render E. coli totally harmless, paving its way to becoming the best-understood bacterium that could be widely used as a living factory for drug production. So far, however, this has only been achieved outside of the human body.

In biotechnological, plant production using E. coli is usually controlled by chemicals. This is a problem in this scenario, since such trigger chemicals would neither offer full control over when nor where, or even the duration of drug production.

Thanks must therefore be given to E. coli for its simplicity, which makes it exactly the right tool for the task of optogenetics. Optogenetically engineered bacteria can produce proteins when triggered by light of a specific wavelength. This trigger in turn can be applied to specific locations for a specific duration, providing full control over drug delivery.

A model drug compound, bisindole dVio, can be successfully integrated into an optogenetic expression system. dVio combines antibacterial, antifungal, and antitumoral properties. The genes for the four enzymes required to produce this molecule from the aminoacid L-tryptophan can be encoded in a plasmid responding to blue light of 470 nm. Strikingly, ambient light is enough to trigger protein expression both in bacterial suspensions and in streaks on agar plates.

Hydrogels have been chosen as a suitable biocompatible bacteria vehicle. In contrast to covalently cross-linked polyacrylamide hydrogels, agarose gel could support an actively growing bacteria population. Upon addition of the surfactant Genapol C200 to the medium, bacteria were able to release 2.5 mg dVio per liter, per hour, when irradiated by ambient light only.

To assess spatial and temporal regulation possibilities of their system, E. coli-containing agarose films could be cast on well plates. Repeated spatiotemporal irradiation with 100 ms pulses of 470 nm light at 500 µW serve as a proof-of-concept by yielding an almost linear correlation of dVio fluorescence with light dose. Log-term cultivation tests show a near-constant dVio production from day 6 to 30, demonstrating an impressive long-term viability of the system.

To tailor this promising approach for clinical application, the leakiness of the optogenetic expression system has to be addressed, as optogenetic expression systems are known to exhibit residual activity in the absence of light, which must be absent in any marketable drug delivery system. In addition, the requirement of a surfactant restricts the system to skin-based therapies and cosmetics. Future variants will target drug compounds that are secreted from E. coli without the aid of surfactants.