A set of twelve graphene-like materials is simulated regarding their stability, structural, and electronic properties. 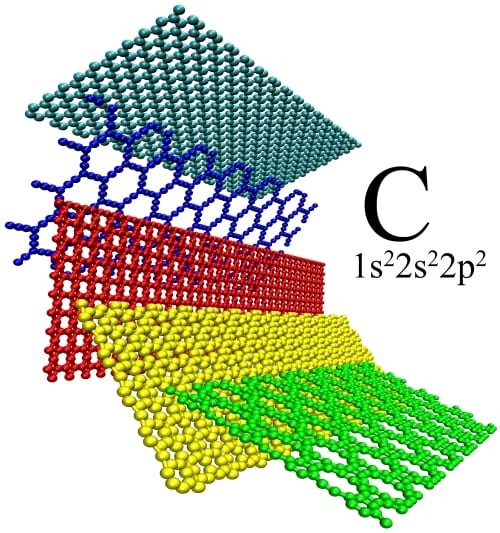 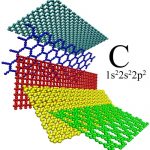 Since its discovery graphene has been considered a revolutionary material for future generations of high-speed electronics, radio-frequency logic devices, sensors, transparent electrodes, and conductive reinforced composites among many others, due to its very unusual electronic and magnetic properties.

Graphene is a single layer of graphite, meaning a two-dimensional material consisting of carbon atoms that are arranged in a honeycomb structure. Scientists all over the world are aiming at controllably manipulate the atomic and electronic properties of graphene, for example by insertion of atomic-scale defects or various kinds of dopants.

A different approach is the search for graphene-like materials, hence monolayers out of carbon polygons that are non-hexagonal. Andrey N. Enyashin and Alexander L. Ivanovskii from the Ural Branch of the Russian Academy of Sciences now present a systematic theoretical study of such graphene allotropes. The stability, structural, and electronic properties of twelve graphene allotropes were simulated and compared. The investigations include pentaheptites – flat networks out of pentagons or heptagons, as well as graphynes where hexagons are interconnected by linear acetylenic carbon chains. Further structures are named graphdiynes or supergraphene.

The examined allotropes demonstrate a rich set of electronic spectra of metallic, semi-metallic, and semiconducting type which illustrates their great potential for the engineering of novel graphene-like materials.