Thermal dewetting of gold, which is sandwiched between the yolk and shell, leads to the desired nanocup morphology. 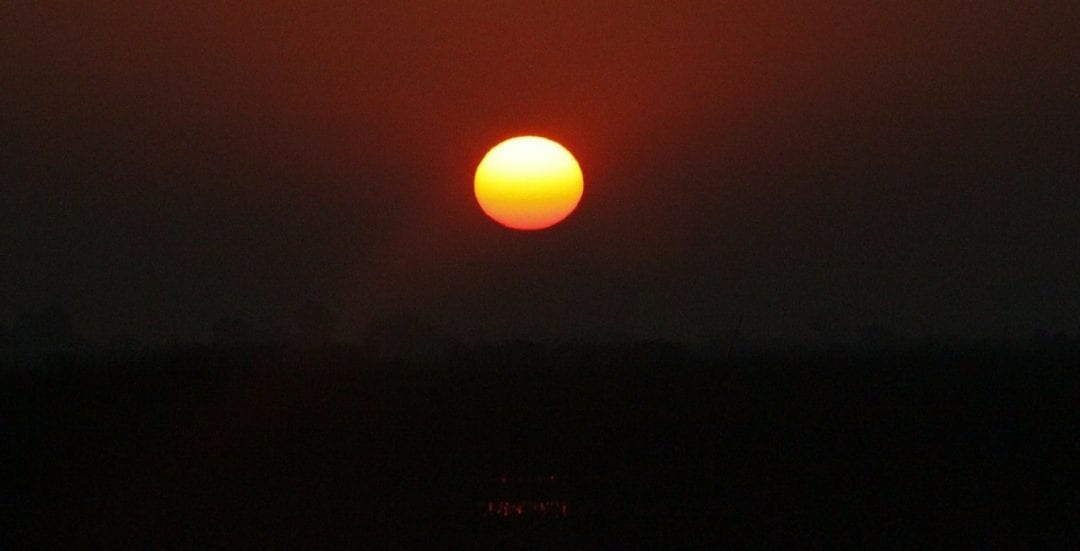 Noble metal nanostructures with reduced morphological symmetries have recently attracted increasing attention. Gold nanocups have been extensively studied due to their unique optical/plasmonic properties. Some types of gold nanocups were found to be able to efficiently scatter light in a direction dependent on particle orientation. They could also enable light-bending which is difficult to achieve by nanoparticles of other geometries. Subsequently, these nanocups can efficiently be used in different applications; for instance, as a contrast agent in optical coherence tomography (OCT), which is a type of medical imaging. 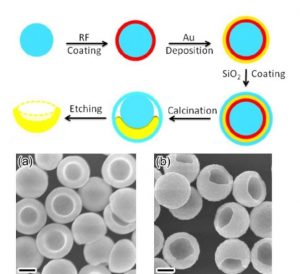 However, the fabrication of such nanoscale materials has remained a major challenge, which limits their wider applications, as the existing methods suffer from either extremely low yield or poor control over the morphological and structural uniformity. This problem was the motivation for Yadong Yin and colleagues in the University of California, Riverside, USA to develop a novel and simple strategy for fabrication of gold nanocups, which is reported in their recent paper published in Advanced Materials. In their method which is called “confined-space thermal dewetting”, the fabrication starts with the coating of spherical silica particles with a thin layer of polymer, then a layer of gold, and then another layer of silica, producing silica/polymer/gold/silica multiple layered nanoscale structures.  When these particles are heated at a high temperature, the polymer layer is burnt away, creating a crescent-moon-shaped void space, where the silica core attach to the inside wall of the hollow gold/silica shell. At the same time during the heat treatment, the gold shell softens and retracts from the inner surface of the silica shell, a process called dewetting. As a result, gold partially fills the crescent-moon-shaped void space and obtains a cup-like morphology.

It was observed that the gold nanocups strongly scatter near-infrared light, and exhibit superior efficiency in enhancing contrast for optical coherence tomography (OCT) imaging, which uses light to capture high-resolution images of biological tissue. That this new fabrication strategy is scalable and can be potentially extended to the synthesis of other novel nanostructures of various compositions and unconventional morphologies. Having a facile method to fabricate such nano-structures can pave the way to extensively use them not only in medical imaging but also in many other applications.