Biochemist and astrobiologist Emmett Chappelle created a simple means of identifying life and opened a new world for fluorescence testing. 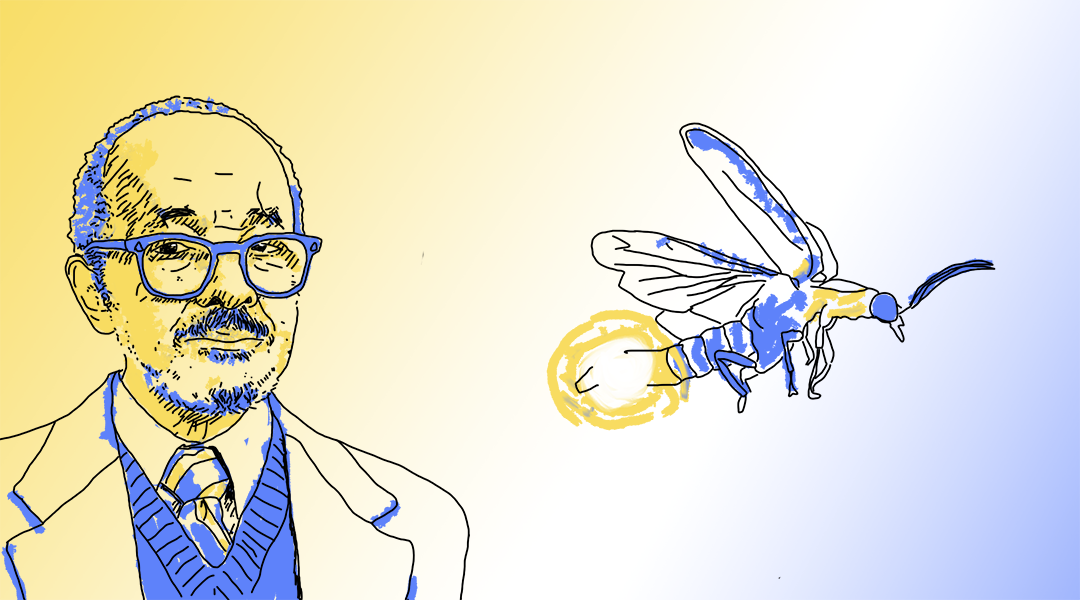 February is Black History Month, and as such, this edition of Pioneers in Science aims to highlight a profound and influential member of the scientific community: Emmett Chappelle.

One of the most profound questions that scientists are striving to answer is whether life exists on other planets. As an inventor, biochemist, and astrobiologist, Chappelle was one of the first to successfully develop a simple test to detect life based on the bioluminescence of fireflies. His invention and work in fluorescence has extended beyond the boundaries of identifying extraterrestrial life, contributing a great deal to the advancement of fields such as medicine, food science, and astrochemistry.

Born in Pheonix, Arizona in 1925, Chappelle grew up on a farm where his family raised cattle and grew cotton. Due to segregation, he attended an all-Black, one room primary school, and later, Pheonix public high school. Though the schools he attended were denied the same resources that all-white schools were given, Chappelle graduated top of his class in 1942 after which he enrolled in the army, serving in the 92nd Infantry Division stationed in Italy during World War II.

Being in the army provided Chappelle with access to an education that would not have been available through segregated public schools. He took courses in engineering, and upon his return in 1946, he obtained an associate’s degree from Phoenix College in electrical engineering followed by a B.S. in biology from the University of California at Berkeley in 1950. After working as as an instructor of biochemistry at Meharry Medical College in Nashville, Tennessee, he completed his Master’s degree in biology at the University of Washington in 1954.

He worked for several years toward a Ph.D. at Stanford University, contributing to our understanding of the role and function of proteins and amino acids in the body, before ultimately taking a research position at the Research Institute for Advanced Studies in Baltimore, Maryland in 1958.

This was also an exciting time for America’s space program. Federal funds were pouring in with the hopes of gaining an edge in the “Space Race”. Chappelle’s research at this time centered on single-cell organisms, plant biology, and photosynthesis. One discovery in particular helped him gain notoriety in the field when he showed that single-celled organisms, such as algae, have the ability to photosynthesize i.e., convert carbon dioxide and water into oxygen — a characteristic previously attributed only to plants. This work extended to launching plants into space to prevent carbon monoxide poisoning and to create an artificial oxygen (and food) supply systems for astronauts in spacecrafts.

In this role, Chappelle became interested in how scientists could detect life on other planets, such as Mars. He developed a rather ingenious test to do this, based on bioluminescence — light produced by living organisms. Chappelle determined that fireflies create their own light using a molecule called luciferin, an enzyme called luciferase, and adenosine triphosphate or ATP.

ATP is the key here — considered the energy “currency” of life, it is found in almost all living organisms. It provides the chemical energy required to drive a multitude of cellular processes through an enzyme-catalyzed reaction called phosphorylation. If a cell is living, then ATP will be present.

Chappelle’s assay contained a mixture of luciferin and luciferase, which in the presence of ATP would begin to glow, signalling the presence of life. Ahead of NASA’s Viking I Mission in 1976, Chappelle and his colleagues had hoped that the robot could carry the test and use it to analyze soil samples for living microbes in Martian soil. He also contributed to the design of an instrument for scraping and collecting soil samples for this purpose.

Ultimately, Chappelle’s firefly test didn’t make the cut. “They decided that the experiment, which I designed, was too specific, that it would call for life to be too close to life here on Earth, and that most likely, it wouldn’t work,” said Chappelle in his 2012 interview with The HistoryMakers. “Or it wouldn’t detect something that might be close to life on Earth, but not quite.”

However, the applications of his ATP assay have been far-reaching on Earth, where it is still widely used by scientists to this day. Chappelle demonstrated its ability to detect and quantify bacteria in bodily fluids, food, and water, as well monitor plant health and crop stress by measuring the amount of light they emit using satellites. When he retired from NASA in 2001, he held 14 patents mostly related to his work in fluorescence.

Since its invention, scientists have taken the firefly assay further, developing fluorescent tags that bind DNA to detect active genes in cells or help visualize cancerous tumors in the body — in particular, bioluminescence in relation to cancer detection has boomed over the last few decades. For this invention, Chappelle was awarded NASA’s Exceptional Scientific Achievement Medal in 1994, and in 2007, he was inducted into the National Inventor’s Hall of Fame.

Chappelle passed away in 2019 in Baltimore, Maryland. As with all pioneers, we owe a great deal to him. His legacy lives on in the continued advancement of different fields and technologies, such as advanced cancer diagnoses, crop management, and our understanding of astrochemistry, as a result of the foundation he laid out for us.