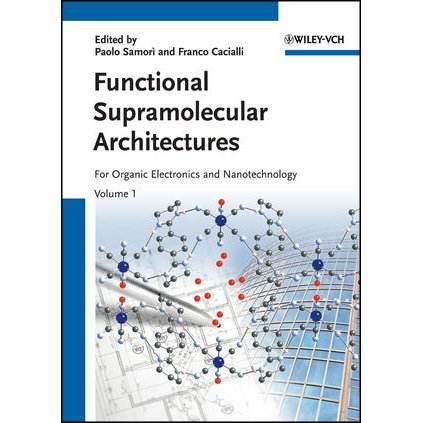 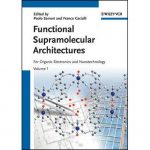 Supramolecular chemistry is a well-established discipline that, after originating as a relatively monolithic topic in chemistry and being acknowledged with the Nobel Prize for Chemistry in 1987, has significantly branched out in the last 15 years in various directions at the interface with physics, biology, and engineering as a rational solution to generate complex systems and materials with programmable properties. π-conjugated (macro)molecules, now recognized as a class of semiconductors in their own right, can also be considered as building blocks with well-defined physico-chemical properties and offer a wealth of solutions and opportunities towards the generation of materials with unique electrical and optical properties. These are particularly appealing for the fabrication of printable opto-electronic devices spanning from light-emitting diodes (LEDs) to photovoltaic diodes (PVDs), field-effect transistors (FETs), and a huge variety of sensors for chemical and biological species, as well as lab-on-a-chip applications.

The book entitled Functional Supramolecular Architectures: for Organic Electronics and Nanotechnology, edited by Paolo Samorì and Franco Cacialli, successfully merges these two worlds, in a substantial two-volume project that takes an effective snapshot of current progress, by gathering 30 complementary chapters written by some of the most eminent scientists in the field. In essence, this book unravels the property versus structure relationship in multifunctional supramolecular materials by providing up-to-date and relevant examples of recent achievements on the most interesting and promising supramolecular systems and state-of-the-art experimental and theoretical approaches, as well as the fabrication of prototypes of devices, thereby laying the foundation towards a real supramolecular technology.

In an era in which so much emphasis is put on nanotechnology and nanosystems, as a key to achieving new and improved function, it is also important to recognize that, for these systems to be able to communicate with the macroscopic world in which we operate, there is a pressing need to carefully control the interaction of relevant nanostructures or nanostructured devices with each other and other functional elements (e.g., interactions between molecular and macromolecular units, but also with electrodes, substrates, over-layers, etc.). Supramolecular science and technology thus has a unique and precious role in developing a detailed understanding of existing and newly engineered systems, as well as generating new knowledge for the precise control of materials interactions, from the bottom up, with a view to fabrication and optimization of functional devices.

While it is true that the fundamental forces and interactions that guide supramolecular self-assembly have been well established for several decades, new advances in experimental theoretical techniques (from scanning probes to optical spectroscopy, passing through the characterization of electrical properties, as well as new computational methods and tools) have now made it possible to take the understanding to a whole new level of detail, which will hopefully be able to inform “supramolecular design” principles to yield materials and architectures offering even higher performance than currently possible. This book is thus particularly timely and fills a gap for a text that should act both as a reference and an opportunity to reflect on the current state-of-the-art, hopefully as a provocation to transform current knowledge into new breakthroughs.

The book has a broad scope and serves very well its purpose, by providing a clear overview of the emerging field from different viewpoints. It has been rationally organized in eight main parts. The first part is concerned with modelling and theory. This is followed by a second part devoted to supramolecular synthetic chemistry. The third part is addressed towards nanopatterning and processing. The fourth part deals with scanning probe microscopies. The fifth section is focused on electronic and optical properties, whereas the sixth and seventh sections are devoted to field-effect transistors and solar cells, respectively. The last part deals with LEDs and LECs. All chapters end with summarizing conclusions and outlooks, the latter being a particularly precious source of inspiration. The references are up-to-date and the illustrations are of high quality, including use of many color pictures.

The editors have succeeded in offering a multidisciplinary overview on the emerging topic of “functional supramolecular nanostructures” by bringing together all aspects of supramolecular materials, including structural, chemical and physical properties as well as device fabrication, in an easy to read, yet comprehensive, book. Overall, I have thoroughly enjoyed reading these two volumes and believe that they will provide both an introduction to the field for the novel adepts who are starting to develop an interest in supramolecular chemistry and materials, as well as a useful guidance and a reference text, from fundamental to applications, for experts who would like to keep abreast of the field with the latest and most significant achievements for several years to come.

Maurizio Prato is Professor of Organic Chemistry at the University of Trieste, Italy. His work focuses on materials and nanotechnology. More information can be found on his website: www.units.it/prato