From the Kitchen to the Lab: Dumplings Inspiring Nanoscience 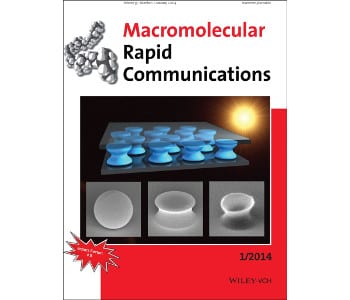 Great ideas often find their inspiration in the least obvious of places. Standing outside the famous Din Tai Fung restaurant in Taiwan, Prof. Jiun-Tai Chen observed a dumpling chef making wrappers by pressing dough balls with a rolling pin. It was then the idea came to him of scaling down this process to the nano/microscale for the fabrication of polymer microparticles.

Polymer nano- and microspheres are—as the name implies—tiny spherical polymeric particles, which are used, for example, in drug delivery, biosensing and cosmetics. These isotropic particles, although simple to fabricate, are limited in their applications. Anisotropic (i.e. nonspherical) and multifunctional polymer particles have much wider potential; however, despite considerable progress in this field, precisely controlling their structural properties and chemical functionality remains a challenge.

The work of Prof. Chen’s group, which was featured on the Issue 1 front cover of Macromolecular Rapid Communications, addresses this challenge. To prepare anisotropic polymer particles, they placed polymer microspheres on a substrate and pressed upon the microspheres from a second flat substrate while they were thermally annealed (see schematic above). By controlling the mechanical deformation and wetting of the polymer through the pressing conditions (i.e. time, temperature, pressure), unique and otherwise difficult-to-form structures were obtained such as barrels and dumbbells. 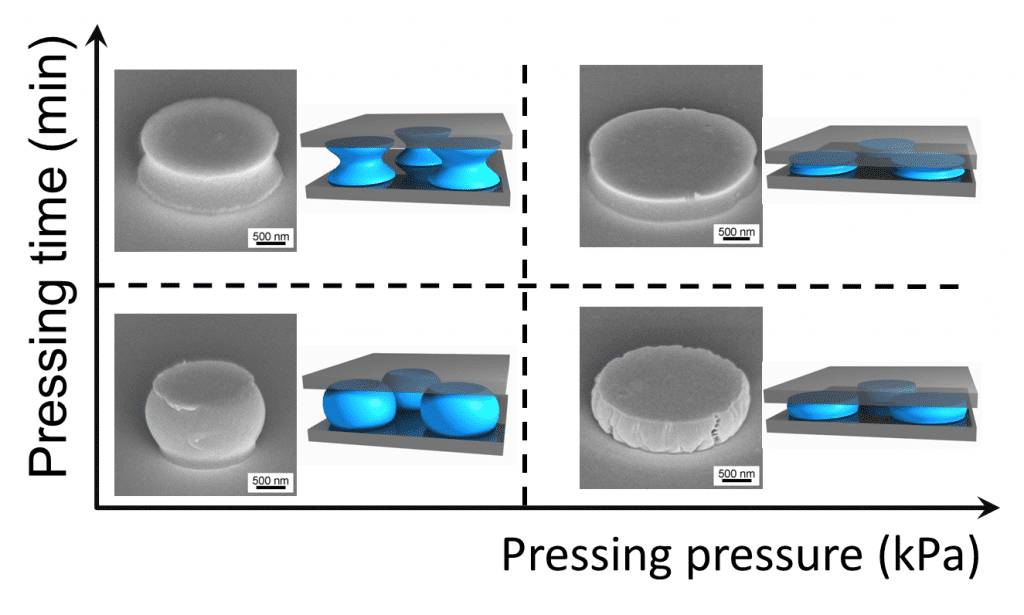 Although applied only for polystyrene in this initial study, the authors anticipate that this approach will be extended to a range of other polymeric materials (e.g. block copolymers, polymer blends and polymer nanocomposites). They will now explore now with possibilities of using patterned instead of flat substrates and the fabrication of ordered arrays of these particles.