Two vaccines in early development are stable under high temperatures and could be game changers in global vaccine equity. 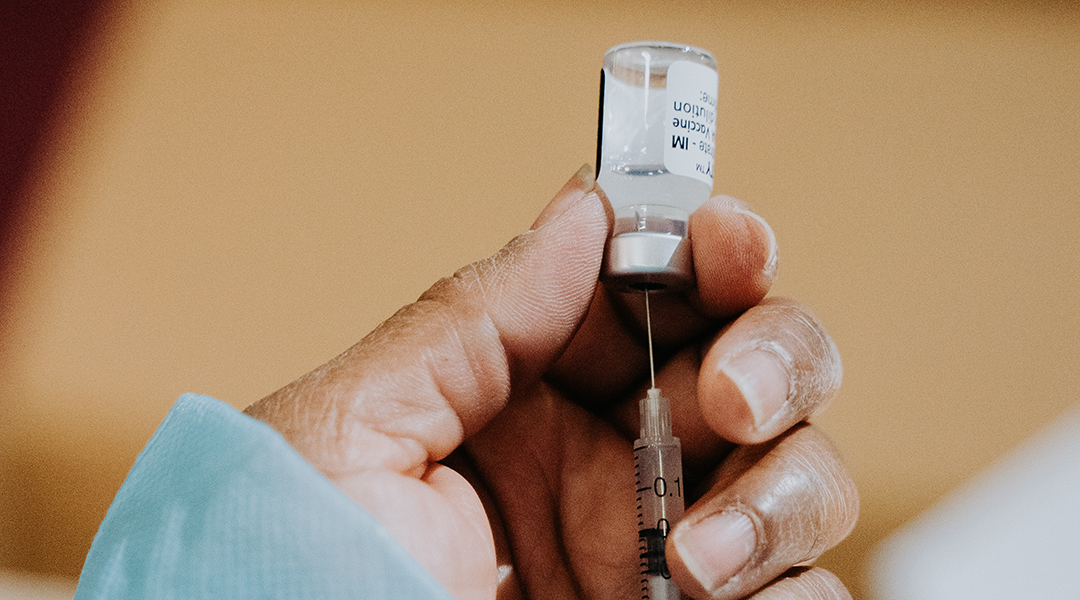 Last year, scientists achieved what many thought unfeasible when they delivered the first COVID-19 vaccines less than a year after the first reported cases of SARS-CoV-2 infection. However, a logistical challenge of the widely used mRNA COVID-19 vaccines is their ultra-low storage temperature, which makes not only their transport difficult, but creates bottlenecks for distributing centers and hospitals, especially in places with limited resources.

An added limitation is the difficulty in scaling up their production — these are the first mRNA vaccines to be approved by the FDA, but with that comes the difficulty in establishing a new supply chain, manufacturing, and distribution that must be robust enough to supply a staggering number of vaccines needed to inoculate the world.

Scientists are stepping up to the plate again, with a team at the University of California San Diego having developed two early-stage, “fridge-free” COVID-19 vaccine candidates. In mice, they showed high production of SARS-CoV-2 neutralizing antibodies, and if shown to be safe in clinical trials, could be a game-changer for global vaccine equity.

“What’s exciting about our vaccine technology is that it is thermally stable, so it could easily reach places where setting up ultra-low temperature freezers, or having trucks drive around with these freezers, is not going to be possible,” said Nicole Steinmetz, a professor of nanoengineering and the director of the Center for Nano-ImmunoEngineering at the UC San Diego Jacobs School of Engineering.

The two candidates were made from a plant and bacterial virus — cowpea mosaic virus and a bacteriophage (a virus that only infects bacteria) called Q beta — which have the advantage of being inexpensive and easy to produce on a large scale. “Growing plants is relatively easy and involves infrastructure that’s not too sophisticated,” said Steinmetz. “And fermentation using bacteria is already an established process in the biopharmaceutical industry.”

The team used cowpea plants and E. coli bacteria to produce millions of copies of the plant virus and bacteriophage, which form into tiny nanoparticles onto which pieces of the SARS-CoV-2 spike protein were attached. As a result, the researchers created SARS-CoV-2 mimics, as the final nanoparticles now resemble the shape and size of the actual virus. Since these nanoparticle viruses are not infectious to humans (only affecting plants and bacteria), they allow the body’s immune system to recognize and prepare for a real SARS-CoV-2 infection in a safe and effective way.

The added advantage of these platforms is their ability to be manipulated using chemical processes that require heat. For example, the team is packaging their vaccines into polymer-based implants and microneedle patches that can be used to painlessly and easily deliver the vaccine. To make them requires mixing the vaccines with melted polymers at temperatures close to 100°C. This, the authors argue, will make vaccinating large populations of people more manageable and could make vaccines more accessible.

In tests, the team’s COVID-19 vaccine candidates were administered to mice either via implants, microneedle patches, or as a series of two shots. All three methods produced high levels of neutralizing antibodies in the blood against SARS-CoV-2.

“Imagine if vaccine patches could be sent to the mailboxes of our most vulnerable people, rather than having them leave their homes and risk exposure,” said Jon Pokorski, a professor of nanoengineering at the UC San Diego Jacobs School of Engineering, whose team developed the technology to make the implants and microneedle patches.

“If clinics could offer a one-dose implant to those who would have a really hard time making it out for their second shot, that would offer protection for more of the population and we could have a better chance at stemming transmission,” added Pokorski, who is also a founding faculty member of the university’s Institute for Materials Discovery and Design.

The two vaccines have also been engineered to allow them to easily adapt to any new emerging variants or future viruses, as essentially any viral antigens or biomarkers can be attached to the nanoparticle surface.

“Even if this technology does not make an impact for COVID-19, it can be quickly adapted for the next threat, the next virus X,” said Steinmetz. “We use the same nanoparticles, the same polymers, the same equipment, and the same chemistry to put everything together. The only variable really is the antigen that we stick to the surface.”

There is even the possibility that this platform could be applied to help make a universal coronavirus vaccine, something researchers have long been pursuing to fight inevitable future outbreaks. In their study, Steinmetz’s team chose to decorate the nanoparticles’ surface with pieces of the SARS-CoV-2 virus’ spike protein that is conserved between SARS-CoV-2 and the original SARS virus.

This particular “piece”, called an epitope, comes from a region of the spike protein that is not directly involved in the virus’ ability to bind cells — compared to current vaccines, which come from the spike protein’s binding region. “Epitopes from a nonbinding region are less likely to undergo these mutations,” explained Oscar Ortega-Rivera, a postdoctoral researcher in Steinmetz’s lab and the study’s first author. “Based on our sequence analyses, the epitope that we chose is highly conserved amongst the SARS-CoV-2 variants.”

Tests are currently underway to determine the vaccines’ efficacy against variants of concern, such as Delta. Though still a long way from clinical trials, strategies such as this will allow us to be better prepared for the next coronavirus outbreak.

What shapes can we make with liquid marbles?
Could a universal coronavirus vaccine be possible?
Simple-to-make smart glove gives robots sense and reason
Massive shoreline hints at an ancient ocean on Mars