Could a universal coronavirus vaccine be possible?

COVID-19 is unlikely to be the last coronavirus to spill over to humans. Scientists are working to make a universal vaccine to combat future outbreaks. 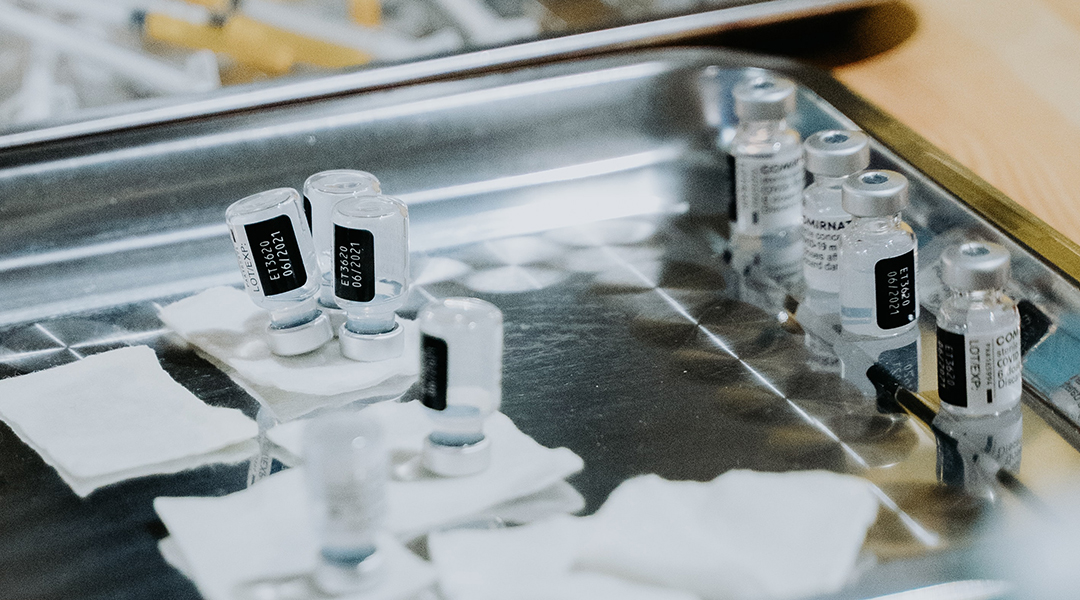 Over the last 20 years alone, three coronaviruses — namely SARS-CoV-1, MERS-CoV, and SARS-CoV-2 — have spilled over from animal hosts to cause endemic and pandemic level infections in humans. While scientists rose to the challenge and delivered effective and safe vaccines against the current viral outbreak in record time, many researchers have been seeking out a broader means of protecting people from future, emerging coronaviruses.

The hunt for a universal vaccine against viruses such as the flu has been longstanding within the scientific community. However, as viruses mutate quickly, developing a long term vaccine to counter them becomes understandably challenging.

The good news is that although coronaviruses mutate — as is evident from new, emerging variants around the world — they do so at a slower rate than flu-causing influenza viruses. “SARS-CoV-2 seems a little bit like lower-hanging fruit because influenza undergoes considerably more diversification,” said Deborah Fuller, a vaccine researcher at the University of Washington who is working on developing a universal influenza vaccine, in an interview. “A universal vaccine [for influenza] is to some extent trickier, because you have to take into account a lot more lineages and variants that are already circulating or could emerge in the future as a pandemic.”

The challenge in creating a broad spectrum vaccine is that there is an abundance of genetic diversity even within the coronavirus family, of which there are four members: alpha, beta, gamma, and delta. Those that affect humans belong to the alpha and beta families, with the alpha viruses responsible for the common cold. The beta viruses are more troublesome.

As such, research tends to focus on this group of viruses, more specifically, a subgroup known as sarbecoviruses that includes SARS-CoV-1 and SARS-CoV-2. Even between these two viruses, which share approximately 80% of the same whole genome sequence, the idea that infection with one will provide protection from the other is still a controversial topic, and there is not enough evidence to make any definitive conclusions.

Even still, early studies have indicated that a broad coronavirus vaccine is a possibility, where novel vaccine platforms have been shown to target multiple beta coronaviruses in animal models.

In one pre-print study, scientists demonstrated that currently approved SARS-CoV-2 vaccines could generate immune responses against SARS-CoV-1 and OC43, responsible for the common cold. In another, researchers developed a new vaccine that used an immune-boosting adjuvant and nanoparticles covered in the receptor-binding domain of SARS-CoV-2, which recognizes and binds to receptors on human cells and is conserved across sarbecoronaviruses. The vaccine generated an immune response against multiple coronaviruses including SARS-CoV-1, SARS-CoV-2, and new viruses found in bats.

Researchers have also reported a promising candidate known as a spike ferritin nanoparticle platform or SpFN for short. It presents specific pieces of the coronavirus spike protein to the immune system. And though it was developed specifically for SARS-CoV-2, the team observed its efficacy against multiple variants, and the animals also developed antibodies against SARS-CoV-1. Researchers hope SpFN could pave the way for a universal vaccine to protect against not only the current virus, but also other unknown coronaviruses that could arise unexpectedly in the future.

Could our antibodies hold they key?

In one study, carried out by researchers at the University of Washington School of Medicine and Vir Biotechnology in Switzerland, the team turned to the body’s natural defense as a clue and identified a rare type of human antibody that could neutralize several different members of the beta coronavirus family. These antibodies were found to target a structure called a stem helix, which is found in the spike protein of all beta coronaviruses.

The tools that coronaviruses use to enter healthy cells have a tendency to rapidly mutate as a result of exposure to the body’s immune response. However, it seems as though the stem helix has remained conserved during the evolution of certain coronaviruses, making it less prone to genetic changes.

By examining memory B cells — white blood cells that recognize and respond to pathogens — from COVID-19 survivor serum donors, the team was able to isolate five antibodies, with one in particular, named S2P6, showing the ability to neutralize three different beta-coronaviruses by inhibiting the virus’ ability to fuse with healthy cell membranes. In animal models, administration of S2P6 24h prior to infection reduced viral load of SARS-CoV-2 by inhibiting its ability to enter cells and enhancing natural immune responses within the body.

After analyzing blood samples collected before the pandemic, as well as those from vaccinated and recovered individuals, the team sought to find out how frequently the stem-helix targeting antibodies appeared. The highest levels of S2P6 were found in people who had recovered from COVID-19 then were later vaccinated. Overall, however, the data from this study shows that it is relatively rare for SARS-CoV-2 to elicit a natural stem-helix antibody response. These results, though a starting point, indicate that getting the body to produce a sufficient quantity of stem helix antibodies to make an effective coronavirus vaccine would likely be difficult.

That’s not to say that a “universal” coronavirus vaccine has not already been developed. One of the greatest scientific achievements made in the last year has been mRNA vaccines produced by Pfizer and Moderna, which (as one of many available vaccine options) have provided a means for reigning in the current pandemic. Though not a universal vaccine in the most literal sense, the “plug and play” methodology allows scientists to insert the genetic RNA code of any known RNA virus into the vaccine, allowing the vaccine to adapt as quickly as the virus it’s targeting.

The chimeric vaccine showed efficacy in mice against viruses that cause SARS, COVID-19, MERS, and the two bat coronaviruses, as well as emerging variants of COVID-19, such as Delta. Though a proof-of-concept study, this technology has shown great potential.

“Our findings look bright for the future because they suggest we can design more universal pan coronavirus vaccines to proactively guard against viruses we know are at risk for emerging in humans,” said post doctoral researcher David Martinez, who led the study. “With this strategy, perhaps we can prevent a SARS-CoV-3.”