Singaporean researchers have used logarithmic spirals to study light-matter interaction at the microscale, and discovered a previously unknown phenomenon. 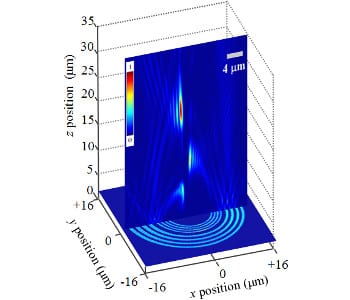 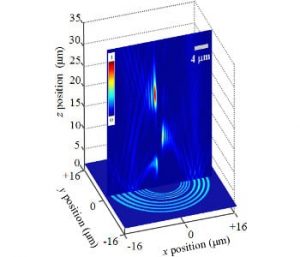 Nature has always inspired innovation. The logarithmic (log)-spiral is one of the patterns gifted to us by natural evolution. The nautilus is tied closely to this design due to its iconic shell, which is arranged in a logarithmic spiral; sunflower head follows a logarithmic spiral arrangement to permit the highest degree of compactness with the maximum number of seeds; elephant’ trunk and Dall sheep’s horn are log-spiral structures; some galaxies have approximate log-spiral arms. The beauty of the log-spiral in aesthetics and mathematics means it frequently appear not only in art and architecture but also science and engineering.

Researchers from Institute of Materials Research and Engineering (IMRE), Agency for Science, Technology and Research (A*STAR) and the National University of Singapore recently applied the log-spiral to study light-matter interaction at a very small scale and reported an unprecedented light twisting phenomenon. Upon illumination on a miniaturized log-spiral structure with an outer radius of around 16 micrometers, diffracting light was helically twisted to shape a spiral beam traveling in space. Their study reveals that this spiral works as a novel flat lens to helically focus light with a long focal depth. Geometrical information from this log-spiral lens is imprinted onto the diffractive beam, causing the light to propagate in a spiral trajectory – making an optical vortex carrying orbital angular momentum (OAM). The researchers believe that this type of log-spiral lens can potentially act as an inexhaustible-OAM turbine for a wide range of applications, from quantum OAM processing to 3D light shaping for transportation and rotation of small particles, or for laser processing of complex structures. The same type of spiral structures could be engineered to twist and focus other waves such as acoustic or even matter waves.