Fluorescent nano-sized diamonds give a better glimpse inside cells. 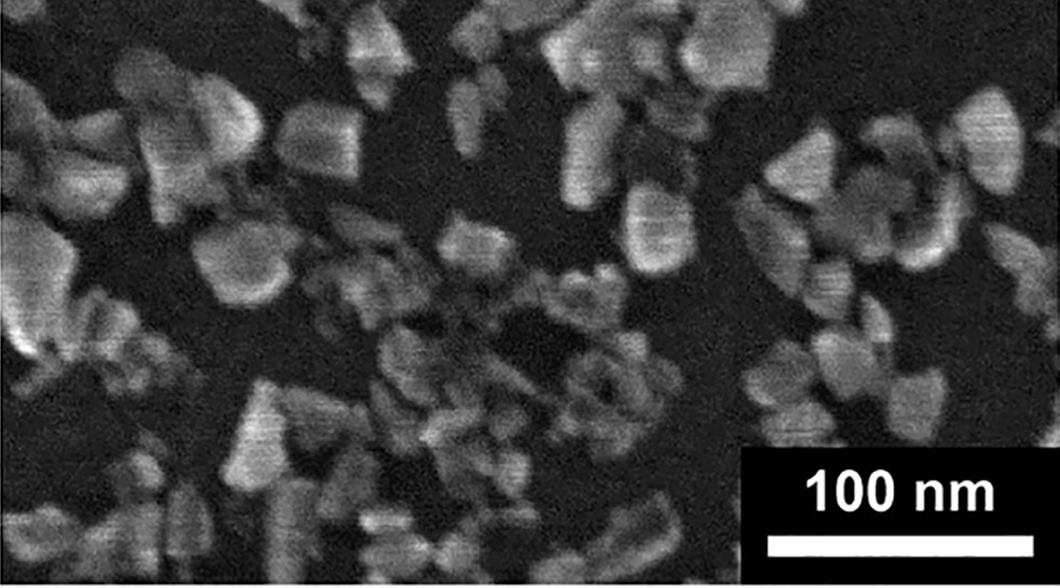 SEM image of the fluorescent nanodiamonds used in this study

As odd as it sounds, many scientists have attempted to place extremely small diamonds inside living cells. Why? Because nanodiamonds are consistently bright and can give us unique knowledge about the inner life of cells over a long time. Now physics researchers at Lund University in Sweden have succeeded in injecting a large number of nanodiamonds directly to the cell interior.

Diamonds are not only sought after for their beauty, but also for their uniquely luminescent properties, at least among scientists. Unlike other fluorescent materials, they do not bleach.

“We actually think of them as a dye. In addition, they are biocompatible,” says Elke Hebisch, researcher at solid state physics at Lund University.

Together with Professor Christelle Prinz, she has “injected” fluorescent nano-sized diamonds into living cells.

As a researcher, having such a reporter from inside a cell has many advantages: gaining new knowledge about the cell, as well as monitoring what happens inside the cell over time.

“Especially the latter would be a great step forward, as it is currently possible to take snapshots of, for example, proteins in a cell, but difficult to follow changes over time,” explains Elke Hebisch.

What would researchers want to know? It could be about separating healthy cells from diseased ones, targeting disease-causing proteins and other proteins within a specific cell, or monitoring variations in temperature and pH-levels. The knowledge gained could be pure basic research but can also be used to understand diseases and develop drugs.

Other researchers have previously tried to do the same thing, but the diamonds were then taken care of by the cell’s “cleaners”, the so-called lysosomes, that quickly encapsulated the foreign substance.

“In that scenario,they are not useful since they are trapped in lysosomes and unable to interact with the cell components. Others have managed to get the diamonds into the cell one cell at a time, but that is far too time-consuming to become a realistic alternative,” says Christelle Prinz.

The same technique could eventually be used to transport other molecules in order to alter cells or heal diseased cells.

On a final note: is using nanodiamonds expensive? No, Elke Hebisch explains as the quantities needed are extremely small. They are bought in a bottle where they are suspended around in water, and cost the same as regular antibodies.

Press release provided by the University of Lund