A platform to self‐assemble immune signals into nanostructured capsules is discussed. 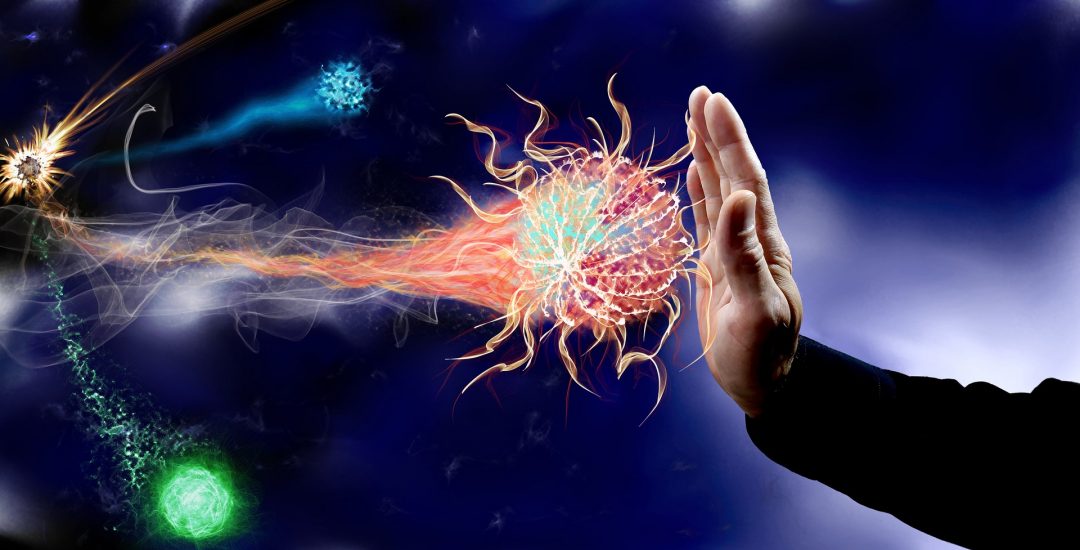 Vaccines have been widely successful in reducing the threat of many infectious diseases such as polio and measles. However, the complexity of many other diseases, such as HIV infection and cancer, render traditional vaccines ineffective. Emerging research in immunotherapy offers a promising alternative to traditional vaccines, and the opportunity to exploit our own immune system to combat diseases. However, the application of these improvements in clinical practice would require better control over specific features of the immune responses that the proposed therapies generate.

Biomaterials represent an important strategy to enable more precise control over vaccines and immunotherapies owing to its attractive features such as co-delivery of vaccine components, tunable sizes, and targeting abilities. While there have been many promising results in pre-clinical studies, it is important to note that adding additional components to vaccine formulations (i.e., biomaterials), could complicate their characterization and translation of their mechanistic investigations. Further, recent research has shown that biomaterials themselves can change the immune response to other immune signals, adding an additional obstacle for biomaterials-based technologies. 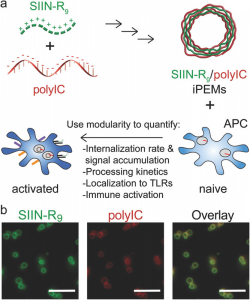 A potential way to overcome these issues is the development of well‐defined adjuvants that target specific immune pathways, such as toll-like receptors, which detect pathogen‐associated molecular patterns common in viruses and bacteria but not in humans, but also offer the features that make biomaterials an attractive option: co-delivery of vaccine components while eliminating the biomaterial itself. A team of scientists from the University of Maryland used nanostructured particles built entirely from immune signals, such as antigens and stimulatory toll-like receptor agonists, as a carrier-free platform to isolate the way these signals interact with immune cells.

The idea was to assess some of the pathways through which these particles are trafficked and how fast the particles trigger the key events involved in initiating immune responses. The results were fascinating: each vaccine component (the antigen and the adjuvant) was co-delivered to dendritic cells (antigen-presenting cells that activate the adaptive immune system) through energy‐dependent caveolae‐mediated endocytosis, a process that is also involved in the uptake of bacteria and viruses. This process culminates in trafficking through endosome/lysosome pathways and stimulation of toll-like receptors expressed on endosomes/lysosomes. The delivery of the toll-like receptor agonists was found to peak at 4 hours, but was detectable in minutes. Interestingly, the toll-like receptor agonists self-assembled into particles were found to activate dendritic cells more efficiently than the free/soluble toll-like receptor agonists, activating key immune pathways more rapidly.

The authors believe that this research provides a versatile platform that can be used to study the co-delivery of a variety of immune signals. Additionally, we could now better understand how these immune signals are internalized and processed by immune cells and thus better design vaccines with precise control over the immune response without the need for traditional biomaterial carriers.