Scientists graft multifunctional biopolymers on the outer surface of nanometric metal-organic frameworks to improve its furtiveness. 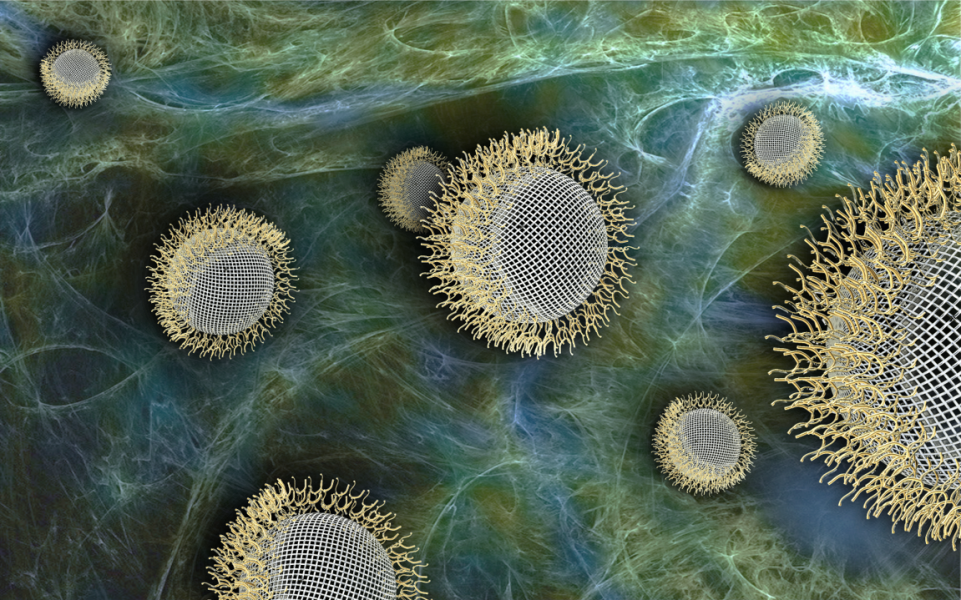 Although scientists have tried to develop new drug delivery systems, such as liposomes, nanoemulsions, nanoparticles, and micelles, efficiency and targeted release of the drug remain important obstacles in their success.

Hybrid porous crystalline nanomaterials, or nanometric metal-organic frameworks (nanoMOFs), are sponge-like materials that have demonstrated a remarkable loading capacity and facilitate constant release of a large variety of active molecules in relevant physiological media. However, the application of nanoMOFs in biomedicine requires control over their external surface that directly interacts with cells and tissues, a factor that would determine their safety, biodistribution, and efficacy. Therefore, modifying the outer surface of MOF nanocarriers with biocompatible polymers could confer a crucial biomedical advantage, such that their recognition and removal from phagocytic innate immune cells is minimal, thus allowing them to be able to access the drug target site.

Engineering the external surfaces of nanoMOFs has been widely explored; however, the coating methodologies proposed thus far often lack selectivity or generate a significant loss of porosity, which in turn affects the performance of the nanocarrier. Another important drawback is the typically limited synthetic scale, which prevents current coating methodologies from further applicability.

The authors describe how they achieve selective grafting of multifunctional biopolymers (polyethylene glycol (PEG) and hyaluronic acid) on the outer surface of nanoMOFs. The technique is based on the already patented GraftFast® methodology, and results in a biocompatible and simple one-step process that permits successful and scalable functionalization of the external surface. 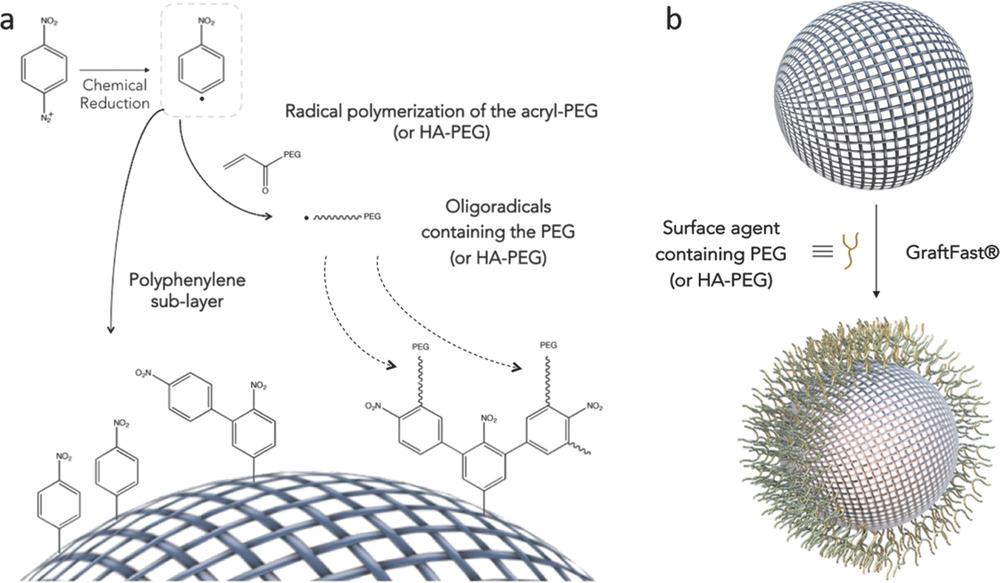 The coating method described in the study is unique, compared to other previously described methods, in that it i) has been proven to be effective in various nanoMOFs of different chemical natures and topologies, ii) preserves the porosity of the nanoMOFs, iii) leads to highly stable, homogeneous coatings that confer enhanced colloidal and chemical robustness to the nanoMOFs under physiological conditions, and iv) permits adapting the method to large-scale production.

Importantly, decorating the outer surface of the MOF nanoparticles with PEG molecules using GraftFast resulted in a lower immune response and reduced macrophage phagocytosis in vitro, which might explain the longer circulation times of the carrier observed in the study. Moving forward, further research on these engineered MOF nanocarriers is required to validate their in vivo activities.

The proposed nanoMOF surface engineering method opens new avenues in the processing of these materials, by leading with understanding their interactions with other environments (e.g. composite materials or the conditions required for other applications). The authors believe that “These results are a key step on the road towards the practical use of MOF nanoparticles in relevant fields such as biomedicine and separation”. For instance, one could form suitable mixed matrix membranes with enhanced interfacial properties for separation.