Delivering insulin into the body in supramolecular spheres. 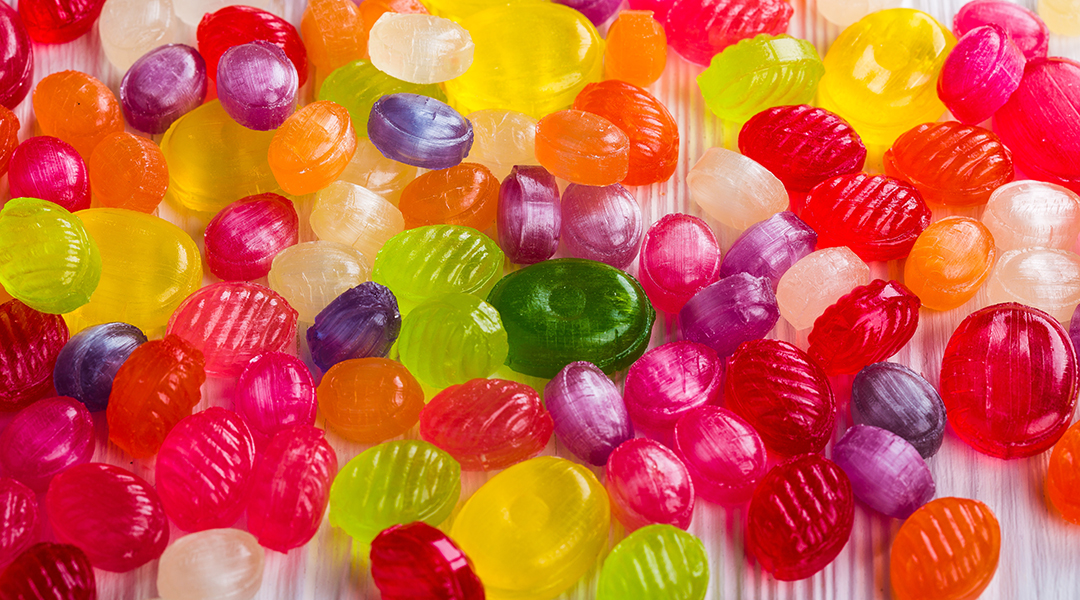 Almost half a billion people worldwide suffer from diabetes, and while the disease is certainly manageable in many cases, treatment options are far from ideal. Maintaining normal levels of blood-glucose with frequent insulin injections can be painful and inconvenient for sufferers.

A drug that responded rapidly to changes in glucose level by secreting insulin, would be an attractive alternative to the current options. As a consequence, there is a wide body of research devoted to investigating candidate molecules. An interesting new idea in this field was recently reported by a Chinese team. 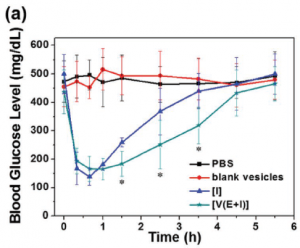 The new molecule has a highly polar head group and an oily tail. It is designed to be able to self-assemble into a supramolecular sphere (see schematic below). This sphere is able to encapsulate insulin molecules, and protect them from the environment. Within the oily tail of the molecule, there are a pair of functional groups that are able to bind glucose. When glucose is bound, the spherical assembly becomes destabilized and falls apart, this releases the encapsulated insulin. Due to the multifunctional nature of the treatment, the team refer to it as a ‘pancreas mimic’.

The team also tested their new compound for toxicity, and found that in vitro, the component molecules of the supramolecular assembly did not show significant cytotoxic effects. Given these promising results the team are optimistic about the future prospects for this treatment. 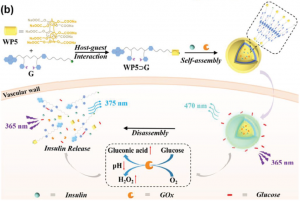 Schematic of the pancreas mimic.