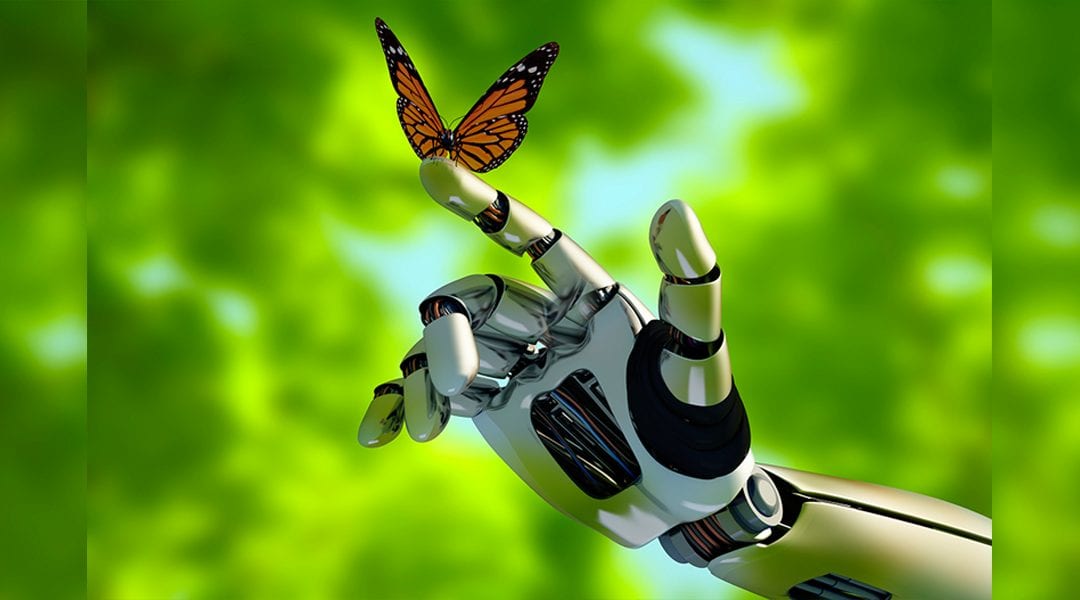 Engineered living-synthetic systems with an ability to dynamically deform their shape and to sense biological environments are of interest for various biomedical applications, such as building bio-robots, biosensors and artificial muscles.

Going beyond the hitherto proposed designs, in their study in Advanced Materials, Prof. Khademhosseini from UCLA (formerly of MIT) and co-authors developed a bio-inspired soft robot that demonstrates increased stability, while relying on degradable elastomeric materials.

Refraining from optogenetic techniques that involve the use of light to control cells in living tissue and can have complicated development processes, a bio-inspired soft robot with a batoid fish-shaped substrate based on two distinct micro-patterned hydrogel layers interfaced with Au microelectrodes was fabricated.

The first layer (polyethylene glycol -PEG) provided a mechanically stable structure for the robot, while the second (carbon nanotubes gelatin methacryloyl – CNT GelMA) served as a cardiomyocytes cultivation substrate to create the actuation component. The Au electrodes controlled the beating behavior of the bio-inspired soft robot.

The non-degradable, non-toxic, mechanically robust PEG hydrogel can act as a cartilage for the stingray body, which can, in turn, be easily micro-patterned to mimic the cartilage joint motif. The CNT-GelMA hydrogel improved tissue organization and cell-to-cell electrical coupling, enhancing beating synchronization. The Au microelectrodes, which were designed to deform with the robot without fracturing or disrupting the polymeric layers, generated pulses for localized electrical stimulation, allowing for controlled contraction and relaxation of the robot for frequencies up to 2Hz. According to the group, the next challenge is now to develop thicker muscle tissues for actuators using a 3D bio-printing technique in wireless-controlled bio-mimicking scaffolds.

Prof. Khademhoessi states that, “This work paves the way for future robots that are made from biological and electrical components. In addition it provides a tool set that can be used by tissue engineers to develop next generation therapeutics that utilize regenerative medicine approaches for replacing damaged tissues.”

More videos in the Supporting Information of the manuscript.