Earth Day 2021: How technology is helping to fight the climate crisis

Seven emerging technologies that could help to mitigate the most devastating effects of climate change. 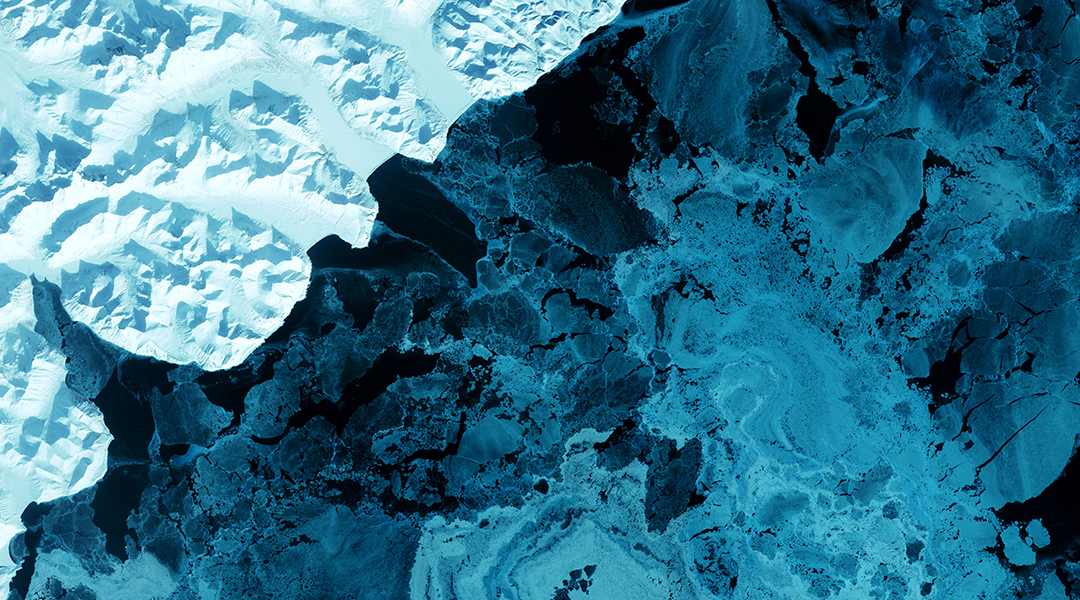 The scientific consensus is clear and the evidence irrefutable: the climate crisis is here. With just over a decade to halve our carbons emissions to avoid the most devastating effects, such as rising global temperatures, extreme weather, and and declining water supplies, it goes without saying that we need urgent and ambitious action from all branches of the community, economy, and government to reform and meet this monumental goal.

While there is no silver bullet solution to the climate crisis, technology has an important role in helping to reduce carbon emissions while also eliminating pollutants that are devastating the environment.

To this end, researchers in fields as disparate as robotics and energy are working to create innovative solutions. Here we’ve rounded up some of the most innovative technologies developed in the last couple of years.

Carbon emissions have been on the rise for the last eighty years. According to the Environmental Protection Agency, CO2 emissions have increased 90% since 1970. The largest contributors to that increase are industrial processes, the burning of fossil fuel, agriculture, and deforestation. As development continues and population increases, this upward trend shows no sign of stopping. But carbon capture is one of the most effective ways to combat this issue.

Carbon capture involves capturing carbon emissions from large point sources, like factories and power plants, at these locations, chimneys are fitted with solvent filters, which isolate the carbon dioxide gas released when fossil fuel is burned. Then, the gas can be stored in a secure location (usually underground) where it cannot enter the atmosphere. Carbon capture is such a promising premise that some of the world’s richest philanthropists are even getting on board.

The idea of carbon capture technology has been around since the 1970’s, but its rollout is incredibly slow-moving. The lack of widespread rollout can be explained simply: it’s not economical enough. As it stands, there is not enough interest from governments or corporations to deploy this technology. But that isn’t stopping scientists from trying to make it better.

A group of French researchers found a way to make carbon capture more efficient in 2021. Their process involves using liquid salts to dramatically increase the absorption of carbon dioxide. Some liquid salts, also called ionic liquids, have microscopic pores that react with and trap carbon dioxide molecules. With this finding, the solvents currently used in carbon capture can be replaced with liquid salts, which are easier to create, more thermally stable, and non-corrosive.

It’s estimated that around the world there are 9 million acres of greenhouses. The plants inside these spaces pick out the wavelengths of light that they need to kick off photosynthesis and ignore the rest. That leaves an awful lot of energy simply wasted.

While in an open field there is no way to capture this wasted energy, in a greenhouse, the glass roofs offer the perfect framework for converting the energy of the wasted photons into electricity. In 2020, a team of researchers from all over Europe tested what would happen if tinted semi-transparent solar panels were installed on greenhouse roofs.

These solar panels captured the wasted wavelengths of light while letting through the wavelengths required for the basil and spinach grown underneath. Using this system the average amount of biomass produced by both plants did drop slightly when compared to a control greenhouse. However, when the price of the produced electricity was taken into account, the total value of producing both crops rose significantly, making this technology both good for the environment and more profitable for farmers.

It’s estimated that around the world, 2.1 million people have limited access to safe drinking water. The most widely used technology for cleaning unsafe water uses a process called “reverse osmosis”. This makes uses massive pressures to pump water through a membrane that is designed to prevent salts from passing through. This process requires between 3 and 5 kilowatt hours to produce 1000 liters of drinking water.

There are a range of other technologies on the market for cleaning up water, but these tend to require even more electricity than reverse osmosis. An exception to this is solar thermal driven purification.

There is at least one pilot project being developed in Egypt that uses direct solar thermal energy to purify water at a significant scale. The rate at which this pilot plant can purify water is around 10 times less than modern reverse osmosis plants. In order to bridge that gap and make this technology more competitive, new evaporation systems will be crucial.

The field is regularly publishing interesting new designs, with performance gradually improving over the years. To pick a few representative examples, the work reported here, and here, and here, continue to build on research that has gone before, and demonstrate that the older, dirtier technologies may lose their competitive edge in the long term.

In the last couple of years, hydrogen has been emerging as an important technology in the decarbonization of energy systems. Given its potential as a versatile, zero-carbon fuel, experts predict it could (with the right investment) be used to supply 25% of the world’s energy needs by 2050.

While there are multiple ways of making hydrogen — some of which are not carbon neutral — strides are being made to overcome the challenges in producing “green” hydrogen from the electrolysis of water by electric energy from renewable energy sources. As a result of thermodynamics, this is an energy intensive process that requires specialized equipment, making it expensive. According to the International Energy Agency, less than 0.1% of hydrogen today is produced through water electrolysis, but that could soon change.

In this context, an exciting development was reported last year where green hydrogen was produced using a microwave-induced metal oxide redox cycle for splitting H2O vapor that operates at temperatures below 250°C — standard temperatures for this process range from 700 to 1500 °C.

While similar in its reversible metal oxide redox chemistry to the solar thermal water splitting process, using microwave power in lieu of concentrated solar energy is appealing given the relatively mild temperature conditions, the simplicity of the reactor design, and the scalability of operation as compared to the extreme conditions and design complexity required by other setups. Reproducibility of the microwave-induced water splitting was also observed for 7 cycles, which offers the potential for continuous generation of hydrogen using a microwave pressure swing or via chemical looping reactor configurations.

Scaling up green hydrogen technologies such as this will be essential to helping global economies to achieve net zero emissions, with many experts predicting they will be an integral part of our life in the coming future.

Disposable textiles such as cosmetic wipes and medical masks are just one of many pollution problems facing society. There has long been research into biodegradable plastics or plastic-eating enzymes to tackle the rampant use of single-use plastics, but the same innovations for textiles are relatively overlooked.

Researchers in the Czech Republic have recently come up with a novel solution that could help break down textile waste in the environment; using microrobots that can break down the complex structures of modified or synthetic fibers found in disposable waste such as wet wipes. Such wipes are usually made of modified cellulose, polypropylene, and additional mixtures of synthetic chemicals that don’t break down easily in the natural environment.

The microrobots employed to tackle this are made of perovskite-like bismuth–tungstate that can self-propel under visible light irradiation. The chemistry of these robots allows them to target and “swarm” the fibrous materials and then break them down by light-induced oxidation. It is hoped that this can be used in waste-water treatment, where a lot of these fibers end up.

Modeling is one of the most common ways researchers study the climate. Computer models rely on different mathematical equations in order to characterize how matter, gas, and energy moves through the atmosphere and the planet. Models offer climatologists the ability to see into the future to make claims about how the planet might behave. One of the most frequently used climate models is called the Coupled Model Intercomparison Project (CMIP5), and it was designed collaboratively in 2010 to help increase understanding of the climate. While CMIP5 isn’t perfect, some researchers are looking for ways to make it better.

Petr Chylek and his colleagues sought to understand how accurately CMIP5 estimated the cooling effect of volcanic aerosols on the planet in their 2020 paper. When volcanoes erupt, the ash and soot they eject into the atmosphere reflect incoming sunlight, thereby cooling the planet for a period of time. Chylek’s team believed that CMIP5 was either overestimating or underestimating this level of cooling. In their research, the team ran the model backwards in time to determine how is assessed cooling from volcanoes. They then compared that output with historical data and found that CMIP5 was, in fact, overestimating the effect of volcanic cooling on the planet.

In a similar study, a research team led by Francisco José Cuesta-Valero assessed CMIP5’s ability to estimate how land stores heat energy. The authors explain that while most of the planet’s incoming heat is stored in the ocean, a similar amount is stored in the continental subsurface. This often-overlooked value is important for appropriately determining how Earth’s energy is distributed, as well as how this quantity might affect climatic processes in the subsurface like carbon sequestration in soil as well as the stability of our planet’s permafrost. Cuesta-Valero and his team studied 32 different CMIP5 simulations and found that CMIP5 was consistently underestimating continental energy storage when compared to geothermal data.

CMIP5 is constantly being studied and updated, and the more research done on its ability to model future climate conditions, the better we can understand our own planet.

Magnesium Batteries: An Alternative to Lithium?
Magnets: Making medical wearables user-friendly
Sand batteries that are dirt cheap
No, the human brain did not shrink