Drug Screening in Drosophila: Why Flies?

Fruit flies are ideal for modeling complex genotypes and phenotypes and have significant potential in drug screening. 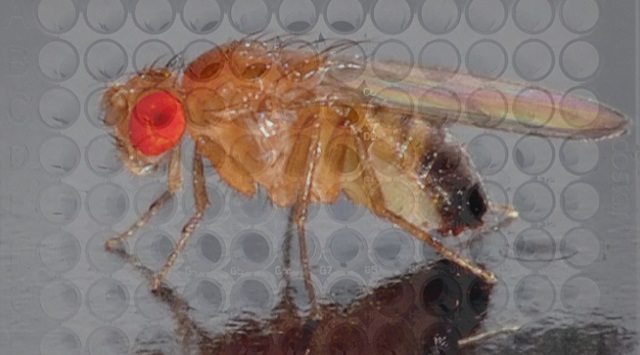 The best global seller among oncology drugs in 2018 was lenalidomide, an analog of thalidomide, which took 53 years and a circuitous route to gain approval of this analog for use in cancer treatment.

Today, scientists understand more about the genetic and molecular basis of diseases compared to 1953, when thalidomide was first discovered. However, while there is no shortage of chemical libraries with hundreds of thousands of compounds (both synthetic and natural) to choose from, what is necessary are better ways to search among these rich resources for compounds with the potential to do what is needed to control or cure diseases.

A recent WIREs Developmental Biology review summarizes examples that illustrate the utility of Drosophila melanogaster, the common fruit fly, in drug screening. The genome of Drosophila is less complex than those of mammals, making it technically easier to generate mutants that represent mutations found in human diseases. Drawing on decades of scientific inquiry about genes, cells, and tissues in this organism, Drosophila researchers can now mimic the complex biology of human diseases.

Scientists can recreate the ‘multi-hit’ situation in human cancers where not one or two, but many mutations coexist in a single cell, engineer tissues in which normal and diseased cells are juxtaposed and influence each other’s behavior, and monitor the continual adjustment of cells and their environment that produce resistance to treatment over time. Drosophila have also been used to model and screen for drugs with potential applications in a wide range of human disorders, such as cancer, obesity, and neurodegeneration, to name a few. Additionally, fruit flies have also been used to address drug efficacy and toxicity, two essential properties that must be considered simultaneously in order to develop a chemical entity into a viable drug.

Despite these positive attributes, wider use of Drosophila for drug screening is held back by limitations in automation technology. While most researchers understand that one must sacrifice speed in order to assess chemical compounds in an intact complex organism, the low speed of Drosophila screens discourage anyone who wants to find truly new agents from large compound libraries. Many extant screens described in the review, however, could be automated with appropriate hardware and software.

Focusing on current and future efforts toward the automation of existing screens would be a worthwhile goal towards making Drosophila an ideal model of choice for drug-screening.