Fine dispersion of bulk metals appears at very high extrusion rates and pressures. This phenomenon is interesting not only for material science, but also for the development of new technologies. 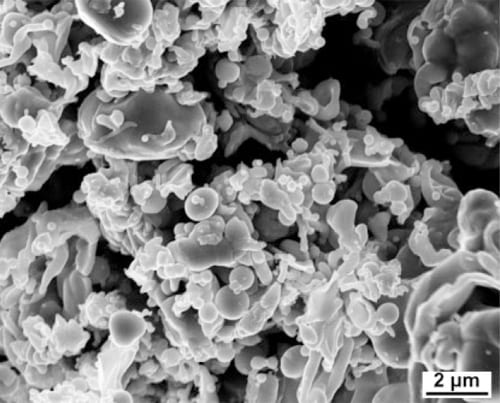 Usually high strain and high strain rate deformation conditions are achieved due to explosives, intense shocks, or impact influences. However, more than two decades ago, a novel method was developed that sought to mimic these c0nditions under controlled circumstances, based on extrusion, with extrusion rates and pressures one to two orders of magnitude higher than in conventional extrusion. This process was dubbed extreme extrusion (EE).

However, due to limitations with the equipment used to apply the process, it was used with only very soft metals, alloys, and non-metallic materials. Even with aluminum and zinc heating was necessary. But it was worth persevering: using EE, materials in the solid state can be transformed to very fine powders with interesting properties such as very high chemical activity.

However, despite the very high scientific and practical importance of the properties obtained using EE, the method itself attracted very little attention. Until now, the mechanism leading to the solid-state dispersion had not been identified.

In a recently published letter, Dr. Julia Ivanisenko and co-workers at the renowned Karlsruhe Institute of Technology (KIT), Germany, reported on their first investigation of powders of the soft metals indium (In) and tin (Sn) obtained using extreme extrusion. They used a specially designed device and elucidated the underlying mechanism.

Applying EE, the researchers gained fine dispersed powder particles in the diameter range from 10 to 0.1µm. The indium powder particles demonstrated an interesting morphological variety when compared with Sn. In contrast, Sn powders consist mostly of spherical and elongated particles, which are less agglomerated, and have smaller diameter.

The fine dispersion results from melting and the subsequent spraying of the liquid. Ivanisenko and co-workers found that adiabatic heating and strong friction leads to the heating of the metal up to its melting point. Now, further experiments are needed to identify the best conditions of EE, which allow for the preparation of fine powders with a homogenous size distribution of particles.

The next boost in lithium-ion battery research: Suppressing oxygen evolution
Protein-Protected Metal Nanoclusters That Behave Like Natural Enzymes
A pair of micro-pliers grown on hair-sized optical fibers
A Catalyst for Sustainable Methanol