Bulk nanostructured materials have been the subject of extensive research over the past couple of decades due to their extraordinary mechanical and functional properties. 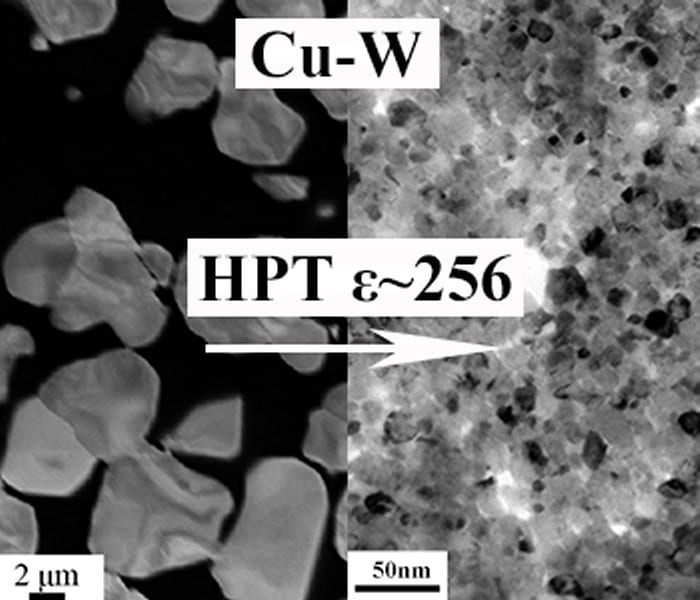 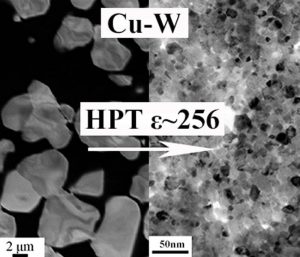 Bulk nanostructured materials have been the subject of extensive research over the past couple of decades due to their extraordinary mechanical and functional properties. One of the remaining key challenges is to synthesize bulk nanostructured materials of a reasonable size, which are at the same time thermally stable. Although several processing routes are currently known, one of the most efficient processes is severe plastic deformation using high-pressure torsion (HPT), which allows heavy plastic deformation at relatively low homologous temperatures of numerous materials by applying a torsional strain to disk-shaped samples under high, nearly hydrostatic pressure.

During HPT of composites or powder mixtures, nanocrystalline metastable solid solutions in many binary immiscible systems with a positive heat of mixing can be produced due to strain-induced mechanical mixing during deformation. A variety of material systems investigated by Andrea Bachmaier et al. from Leoben offers the systematic analysis of the controlling factors for mechanical intermixing, which are mainly determined by the level of the positive heat of mixing and the deformation behavior. The results show that the fundamental mixing mechanism during deformation is not necessarily the same in all systems, but depends also on the strength differences of the phases and accordingly the deformation behavior. During annealing, the supersaturated solid solutions decompose and form dual-phase nanostructured composites with an enhanced hardness and an improved thermal stability. Using different annealing treatments, the structure of the nanostructured composites might be further modified to tailor the mechanical and magnetic properties.

Once the details of the microstructural evolution during HPT deformation of the composites and subsequent annealing treatments are known, production routes to achieve the desired nanostructures and thus tailored properties for each possible application can be designed.  The results can thus be used as a basis for creating stable bulk nanocrystalline metallic materials in the future, which will increase potential applications.