New research from Duke University may clarify the questions remaing in the synthesis of Cu nanowires via the EDA-mediated method. 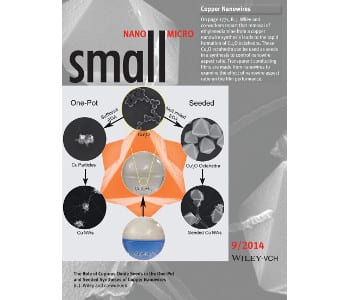 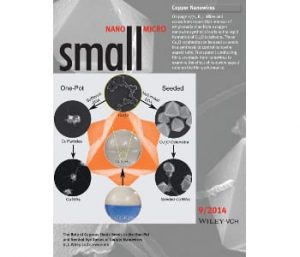 Copper nanowires are attractive materials for a diverse range of applications that require high electrical conductivity. Careful control over the length of the nanowires can effectively improve their performance as conducting materials. One of the two general approaches to synthesize copper nanowires is the reduction of Cu(II) ions via hydrazine (N2H4) at moderate temperature in an aqueous alkaline solution, with ethylenediamine (EDA) as the capping agent, which has been proven to be a promising approach for potential commercial production. However, the lack of mechanistic understanding of the EDA-mediated synthesis has always been the bottleneck for the scale-up production of Cu nanowires. For example, the roles played by EDA are always illusive in the formation of copper nanowires. A top-level study on the EDA-mediated synthesis should cover mechanistic exploration on the roles of EDA, based on which the productivity of Cu nanowires could be effectively promoted.

Now, new research from Duke University may clarify the questions remaing in the synthesis of Cu nanowires via the EDA-mediated method. They discovered that the formation of Cu nanowires starts from the formation of intermediate Cu2O aggregates, which are reduced to form copper seeds from which nanowires sprout and grow. In the formation of intermediate Cu2O aggregates during the early stage of the reaction, EDA plays a role to prevent the growth of these Cu2O particles into larger octahedra, instead causing them to aggregate and form the copper seeds from which nanowires subsequently grow. Based on the above mechanistic understanding, a new seeded synthesis method for copper nanowires is proposed. In the new method, Cu2O octahedra are added as seeds in the synthesis of copper nanowire, which leads to the yield of the copper nanowires increasing from 12% to 55%. At the same time the length of the copper nanowires are finely tuned by varying the concentration of the seeds to the growth solution, while the diameter of the nanowires are maintained at approximately 40nm.

In addition, the transparent conducting films that are made from nanowires with different length provide good samples to examine the effect of nanowire aspect ratio on the film performance. It is discovered that, the film made of copper nanowires with higher aspect ratios has better performance in terms of optical transparency and sheet resistance. In general, the researchers have clarified the role of EDA in the synthesis of Cu nanowires and proposed a new approach to synthesize Cu nanowires with controlled aspect ratio and improved productivity. The report on this work has been published in Small recently.