In contrast to healthy tissue, tumors demand a high supply of nutrients and oxygen, and will invade existing vessels and develop new ones to meet these demands. 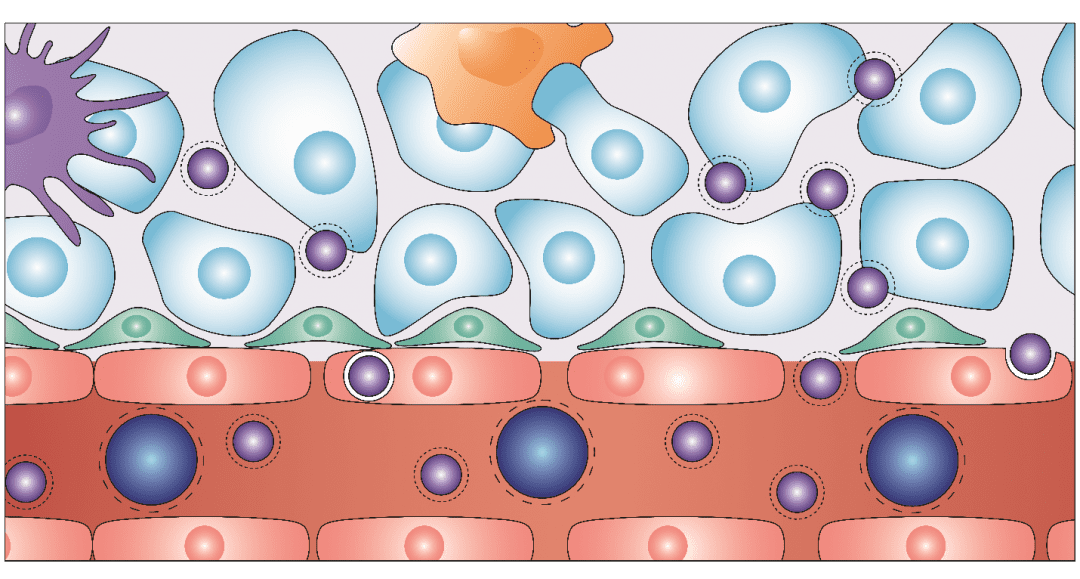 A coincidental discovery of tiny air bubbles produced during rapid saline injections in the late 60s led to the development of microbubbles as ultrasound intravascular contrast agents. Due to their rich dynamic behavior when exposed to ultrasound, these bubbles have become a subject of interest for their ability to not only enhance imaging, but produce a range of therapeutically relevant biological effects. A plethora of compelling preclinical and clinical trials have harnessed these effects, and it is anticipated that ultrasound-stimulated microbubbles will enhance treatment for a broad spectrum of diseases. However, bubbles on the microscale remain confined to the vasculature, prompting efforts to expand ultrasound utility via the next generation of ultrasound contrast agents on the nanoscale.

In a recent Opinion article in WIREs Nanomedicine & Nanobiotechnology, Carly Pellow, Dr. David Goertz and Dr. Gang Zheng review and evaluate the status and potential of nanoscale ultrasound contrast agents. They highlight the versatility of such agents currently in development, but explain that shrinking to the nanoscale also brings challenges. They explain the unique difficulties faced in agent characterization, considerations of submicron agent behavior within an entirely different physical environment, and problems with reliance on passive delivery – a notable crux of nanomedicine delivery. These current obstacles are compounded by the complexity of bubble dynamics and their elicited biological effects, requiring both exceedingly high temporal and spatial resolution to simultaneously evaluate the same region of interest. This new generation of submicron ultrasound contrast agents will require the convergence of interdisciplinary pathways to realize their enticing breadth of potential.