Project is titled "Silicon-based Biomaterials for an Electrical Study of Single-Neuron Dynamics." 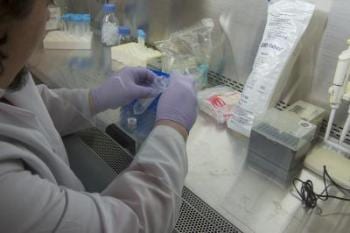 Bozhi Tian, assistant professor in chemistry, has been named a 2013 Searle Scholar and will receive $300,000 to support his research over the next three years.

Tian’s Searle Scholar project is titled “Silicon-based Biomaterials for an Electrical Study of Single-Neuron Dynamics.” The project will involve using nanoelectronic devices to study how neurons pass signals to one another in a neural network.

His ultimate goal is to use the system to better understand neurodegenerative disease. The Searle project complements other work of Tian’s, aimed at developing nanoelectronic devices for studying bioelectric circuits in cells.

Tian was among 15 Searle Scholars who were selected from 176 applications and nominated by 125 universities and research institutions. The selections were based on demonstrated, innovative research and the potential for making significant contributions to biological research over an extended period.