Science-fiction becomes science fact: How bionanoelectronics will revolutionize the world through medical and computational advances. 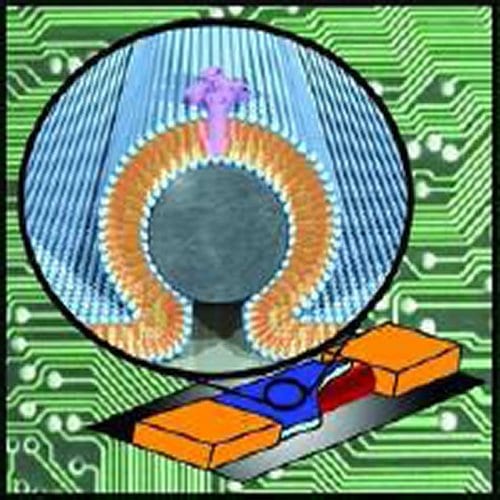 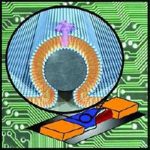 Science-fiction becomes science fact: Review by US scientist describes how bionanoelectronics will revolutionize the world through medical and computational advances.

Bionanoelectronics is, as the name suggests, the study of the interface of biology and man-made nanocomponents. The ultimate aim of many researchers in this field is to combine biological machines with man-made ones to give superior functionality, or to go one step further still and produce a seamless interface between biological and synthetic systems. This may sound like the stuff of science fiction, and indeed it is a subject that has been intensively discussed in fiction from an early date – exemplified by the uncontrollable Frankenstein’s monster- but the field is now progressing toward a controllable reality.

A recent review article by Alexandr Noy of University of California, Merced, USA, and Lawrence Berkeley National Laboratory, USA provides a clear overview of bionanoelectronics progess to date, along with the upcoming challenges for scientists working in this area.

Noy describes the current state of the art, which serves amply to demonstrate just how far we still have to go, as well as how far we have come. For example, he states that one of the world’s largest and fastest computers takes up a whole room yet has a capacity similar to that of a single rat brain. While being able to emulate the complex processes that take place in a living animal’s brain is a truly amazing accomplishment itself, researchers now aim to make such computers both smaller and faster using a mixture of integrated biological and man-made miniature machinery. They also aim to build these into living systems.

The tools they are using include biological components such as sensors, ion pumps, lipid membranes, and proteins as well as man-made silicon nanowires, carbon nanotubes, nanoelectronic transistors, and chip-based sensing/signalling devices.

As science provides the materials to work towards the dream of science-fiction, Noy believes that we can expect to see such wonders as diagnostic devices, smart prosthetics, and neural circuits that would allow us to interface with devices in completely new ways. However there are still several major challenges to conquer before these ideas can become reality. Noy suggests that we require further miniaturization of components such as electrodes, connectors, and read-out tools as well as improved stability and selectivity of these. Better cell-to-instrument interfaces will also be necessary. Scientists all over the world are working on these problems currently, so it may only be a matter of time before the fiction becomes reality.