A Boolean logic gate is constructed within a single molecule, controlled by light and protonation. 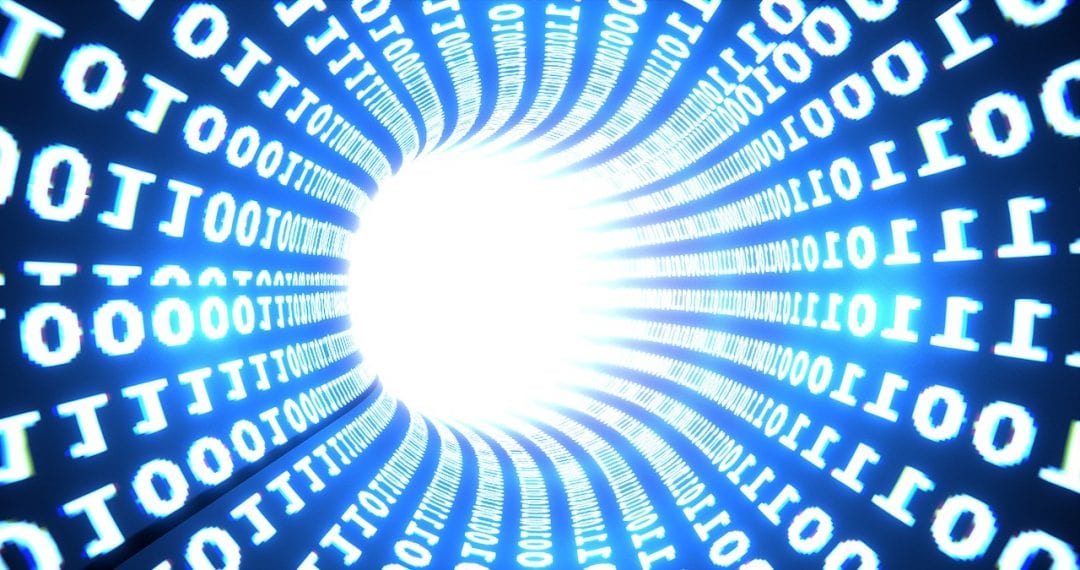 In a recent paper published in Advanced Materials, Luping Yu and colleagues at the University of Chicago, USA, reported a single molecule AND logic gate constructed from a proton switchable edge-on gated pyridinoparacyclophane (PPC) unit and a light switchable diarylethene (DTE) unit. The AND gate can be controlled orthogonally by light and protonation and produce desired electrical output at room temperature. The AND gate shows high conductivity when treated with UV light and at a neutral state, and low conductivity when treated either with visible light or acid. A switching ratio of 7.3 was observed for the switching from the highest conducting state to the second highest conducting state, and a conductance ratio of 94 was observed between the most and least conducting states. The orthogonality of the two stimuli is further demonstrated by other characterization techniques such as UV-vis, NMR and DFT calculations. 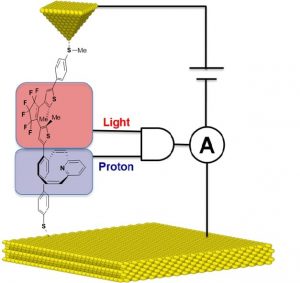 This work demonstrates the concept of complex single molecule electronic devices from two coupled functional units. Successful construction of the AND logic gate points to the possibility of developing other stable logical gate systems and could pave the way for building nano-scale electronic devices.