A new protocol is introduced for the quantitative analysis of 2D materials at the nano- and meso-scale fragmentation. 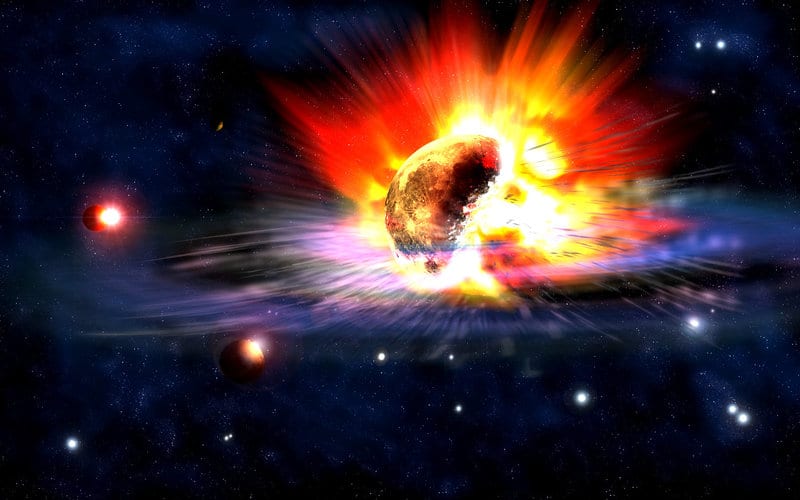 From the first half of the 20th century, scientists were challenged to find new techniques to produce, characterize and define 1D polymers. In 1983, W. K. Brown et al. studied the size distribution of galaxies, demonstrating that the Universe underwent a single fragmentation event, separating into protogalactic volumes at a relatively early stage after the ‘Big Bang’, a study performed on 3D objects.

One century later, scientists face similar challenges in producing and characterizing a new class of materials–2D materials, derived by fragmentation of their bulk crystals. Despite the increasing attention 2D materials have attracted, there is no clear agreement on metrology and quality control standards. The metrology in 2D materials is a very complicated situation due to the polydispersed range of sizes and shapes produced by the fragmentation of the original material.

For the first time, a new protocol is introduced for the quantitative analysis of 2D materials at the nano- and meso-scale fragmentation. Dr Vincenzo Palermo, CNR-ISOF, Italy, and colleagues performed a study to investigate the evolution of the size and shape of 2D nanosheets during ultrasonic fragmentation by combining statistical, mathematical and physical tools. These provided valuable information on the physical properties of 2D materials, the dynamics of the mechanisms involved in their production and the underlying physics of the overall fragmentation process.

One by one the size and shape of thousands of graphene oxide sheets were measured using three different microscopic techniques (Fluorescence Optical Microscopy, Scanning Electron Microscopy and Atomic Force Microscopy) to study the sheet populations within a range spanning over six orders of magnitude. After, an automatic image processing tool was used to extract robust statistical data about the size and shape of the sheets produced during extended ultrasonication. The proposed approach could allow a meticulous and reproducible metrology method to perform quality control of 2D materials in fundamental research, applied science and industrial applications.