Beam-steering on a liquid crystal grating 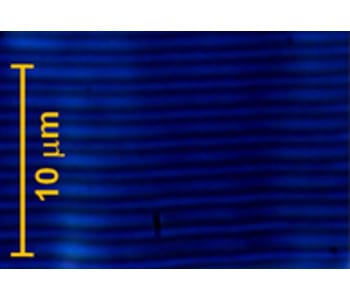 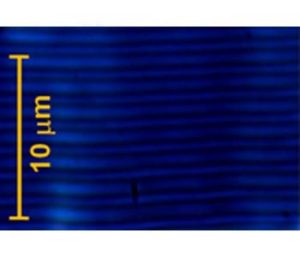 Newton’s iconic experiment with prisms, demonstrating the dispersion of white light into its constituent rainbow colors, has had a profound impact in optics. Subsequently, it was found that diffraction gratings can also disperse white light effectively. Currently, gratings are widely employed as dispersive elements in devices such as spectrometers, and can also be used for beam steering (light deflection), which is a critical phenomenon in optical systems, fiber-optic connectors, free space optical communications, projection displays, optical data storage and retrieval (CD-ROM), laser guided weapons, and so on.

An optically switchable beam steering device based on a cholesteric liquid crystal grating has been reported, in which the grating structure can remain more uniform by the optical tuning than that by electrical tuning; however, the optical tuning range was limited to ~6o. It is of paramount importance to develop liquid crystal gratings with reversible wide-range beam steering capabilities for optical device applications.

In response to this, Quan Li and colleagues from the US and Taiwan have demonstrated that by judicious choice of appropriate materials it is possible to attain reversible wide-range non-mechanical beam steering by using self-organized cholesteric liquid crystals containing a light-driven chiral molecular switch. Because of suitable molecular engineering, the light-driven chiral molecular switch enables an unprecedented steering range of ~30o. Upon photoirradiation, the molecular switch undergoes reversible trans-cis isomerization and reversibly tunes the cholesteric pitch which in turn modulates the grating period over a large range. Thus, the beam steering range has been widened and the diffraction angle could be varied reversibly by sequential light irradiation.

Owing to the very wide beam steering range of this photoresponsive cholesteric grating, the group have successfully demonstrated its spectrum scanning capability with potential application in spectrometers as a dispersive element. The researchers believe that their optically controllable diffraction grating exhibiting the widest beam steering range achieved so far in conjunction with its facile fabrication, fast and continuous performance has great potential in light propagation control, spectroscopic applications and beyond.