An automated synthesis platform called Chemspeed reduces time and labor when searching for organic molecules as gain mediums in lasers. 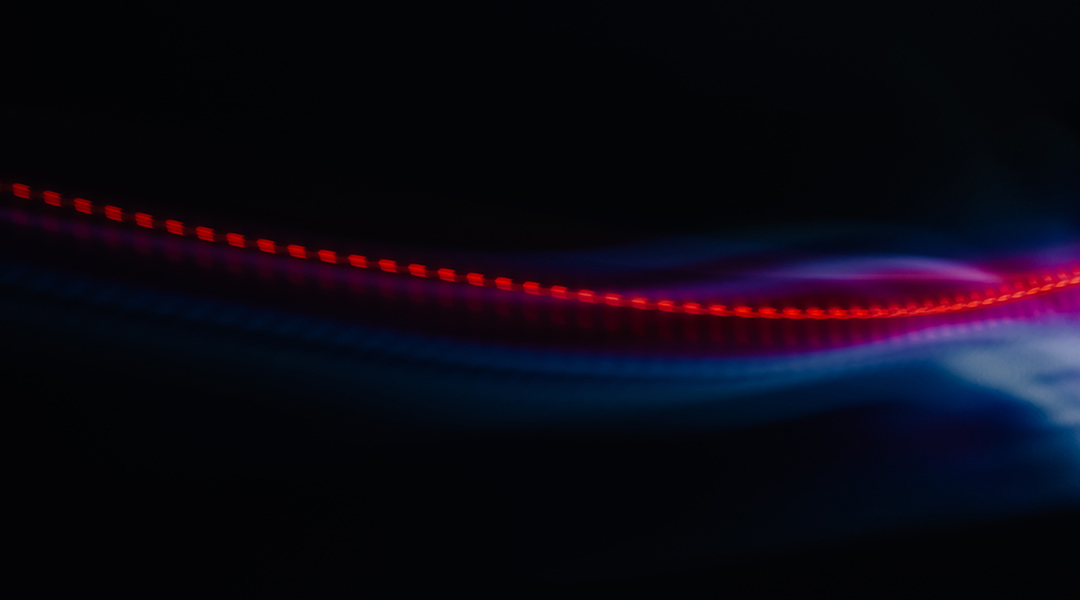 In recent years, lasers have become increasingly important in many fields, including materials, data storage, medicine, manufacturing, and many others.

The word “laser” is an acronym for light amplification by stimulated emission of radiation, so it is not surprising that one of the most important components of any laser device is the gain medium, where the light amplification occurs. The properties of a laser beam depend on the chemical composition of this medium, which means that choosing the right material is very important.

For decades, scientists and engineers have used inorganic materials for the gain medium, but more recently, it has become apparent that organic media offer significant improvements in color tunability, fabrication cost, and the mechanical flexibility.

The problem with such lasers is that many seemingly good organic materials turn out to be unusable due to thermal degradation and other issues. It is possible that organic compounds best suited for this application are out there, they’re just currently unknown, awaiting discovery.

However, conventional material discovery is a time-consuming and labor-intensive endeavor, sometimes requiring decades from initial concept to final result.

Chemspeed to the rescue

To solve this problem, an international team of researchers led by Tony Wu and Andrés Aguilar-Granda of the University of Toronto developed Chemspeed — an automated platform for the discovery of molecules as gain mediums for organic lasers.

“Current organic lasers still suffer from stability and device operation issues,” said Wu in an e-mail. “Our breakthrough will accelerate the process to not only improve organic laser, but applicable to solve all the toughest challenges.”

During the first stage, manually prepared reagents are sent to a special container in which carbon-carbon bond forming chemical reaction called Suzuki cross-coupling takes place. The reaction occurs between the molecules of boronic acid and an organohalide, which can be combined in different combinations for form a number of possible organic molecules.

The result of this first reaction stage is a mixture of various organic substances — candidates for the gain medium.

These molecules, initially a mixture, are separated and the exact chemical formulas of their constituent molecules determined. At the last step, the platform screens their optical properties and characterizes their suitability for use in lasers.

The entire automated process, which takes less than two days, resulted in the synthesis of 40 molecules, 33 of which were identified. Of these, eight proved to be promising potential candidates for use in organic lasers, and two of these molecules demonstrated state-of-the-art performance.

While automating the operation of such a complex system, the researchers encountered a number of problems, and they admit that the current version of the platform has flaws.

“Due to the sheer size of automation parts, one of the biggest challenges is syncing the automation actions through different machines,” said Wu. “We developed a cloud syncing communication for reliable automation syncing. A drawback to our current system is that we need to decide what molecules to synthesize and explore before each run.”

Despite these promising results in the automated synthesis and screening of organic compounds for accelerated materials development, the researchers believe that further improvements of their platform are possible and needed.

“Our current initiative is to expand the screening space to search for the best organic laser molecule, which is under the way,” concluded Wu. “We are also expanding the capability of our automated platform with machine learning guided experimental suggestions. This will further accelerate the rate of finding best laser candidates.”

Does dark matter really exist?
How accurate are our models of rotating neutron stars?
The "God Particle"
Autonomous chemical synthesis