A team of scientist from the Center for Optical and Electromagnetic Research in China developed a new laser spectroscopy method measuring gas to detect necrosis in the hip joints. 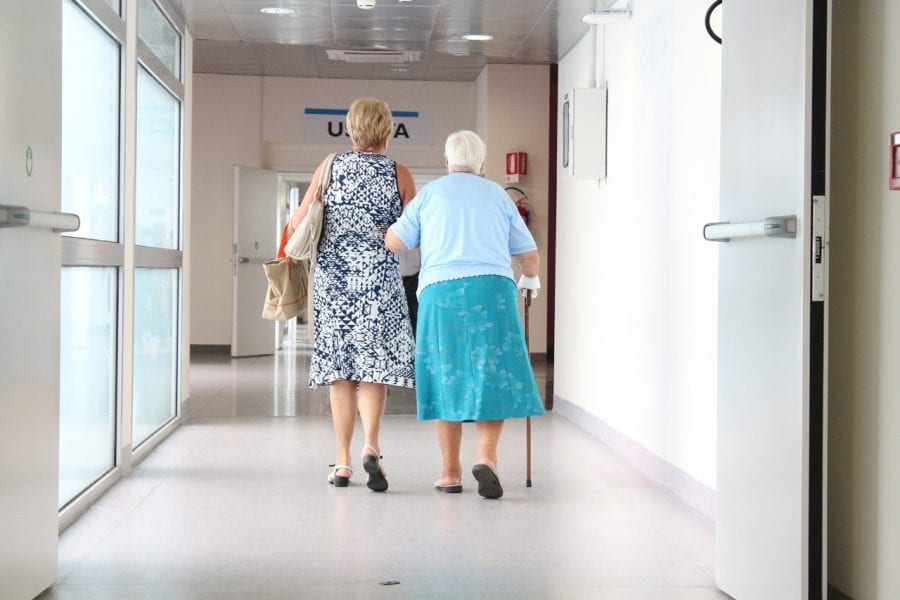 One of the most common orthopedic issues, in particular in the elderly population, is hip problems, including fractures in accidents and general degeneration of the hip joint. Orthopedic interventions range from implanting (usually metal) devices to fixate the bones, called osteosynthesis, to total hip replacement. An important aspect in judging the outcome of osteosynthesis intervention and the need for a total hip replacement is the status of the caput – part of the femoral head, where signs of necrosis indicate lack of adequate blood supply through the bone periosteum. Although X-ray and MRI are frequently used in evaluating those kinds of diseases, these methods only focus on the bone itself while neglecting the blood exchange. 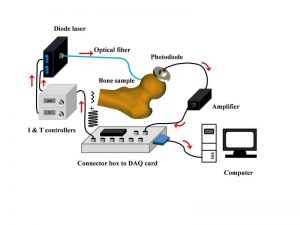 Experimental set-up for GASMAS measurements on the femoral head.

The femoral head and human bones in general, are normally void of gas-filled pores. The present assumption concerning necrosis of human tissue is that gas will develop in the decay process, producing gas-filled pores. This would then also be the case when a femoral head would become necrotic due to, e.g. inadequate blood supply. Unfortunately, the relationship between the gas-filled pores and osteonecrosis is still unclear. Several researchers from the Center for Optical and Electromagnetic Research in Guangzhou, China explored in vitro measurements to investigate the feasibility of using the so called GASMAS technique for diagnostics of the femoral head necrosis in humans: their starting point was that the water vapor in the necrosis-induced pores could be detected by a recently introduced optical detection method – gas in scattering media absorption spectroscopy (GASMAS) – at wavelengths where tissue is translucent

The first outcomes seem to be successful. “The GASMAS technique critically takes advantage of the fact that free gases exhibit very sharp optical absorption lines which can be detected by sensitive electronics when superimposed on the much broader absorption structures of the surrounding solid or liquid medium” says Katarina Svanberg. “In the future work, we plan to perform the GASMAS measurements intraoperatively in vivo during hip replacement operations. The ultimate goal would be to develop a compact and user-friendly device as a tool in orthopedic diagnostic work.” The methods presented by Svanberg and her team could also have important further diagnostic applications such as the differentiation between viable and necrotic malignant tumor tissue. Read more about this study in the latest special issue on Laser Surgery of the Journal of Biophotonics.