Along Came a Spider…

A study investigating the blue colouring of many tarantulas discovered that it arises due to multilayer interference, yet little or no iridescence is observed. 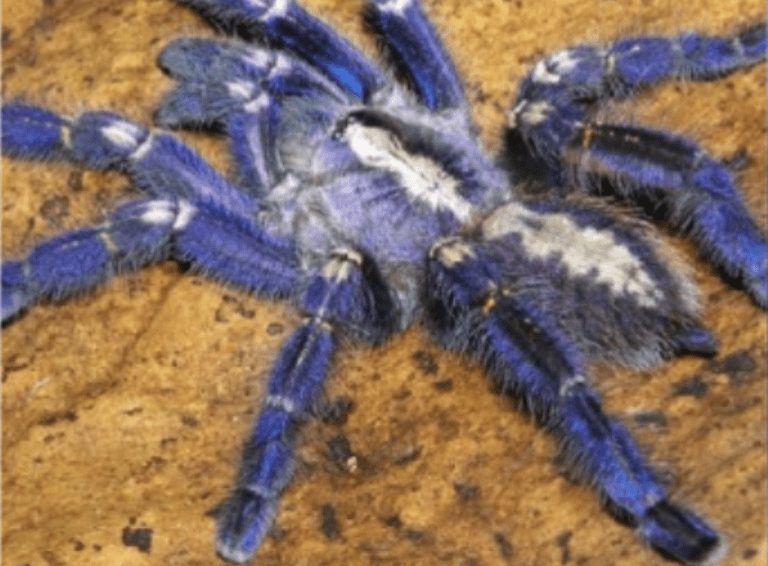 Structural colour provides intense hues with greater tunability, longer shelf-life, and fewer environmental concerns than the currently ubiquitous pigment-based dyes. A major hurdle to the widespread application of structurally coloured materials is their poor scalability, and the fact that iridescence – the apparent change in colour of a material with a change in either the viewing angle or the angle of illumination – seems to be an inherent property of structures with long-range order.

Nature produces some amazing colours from materials with short-range order, but these highly complex photonic structures would be unsuitable for large-scale manufacturing procedures where precise top-down feature placement is a key requirement.
And then, along came a spider…

A study investigating the blue colouring of many tarantulas discovered that it arises due to multilayer interference, yet little or no iridescence is observed. This appears to overturn the idea that colour from long-range order is necessarily angle-dependent. 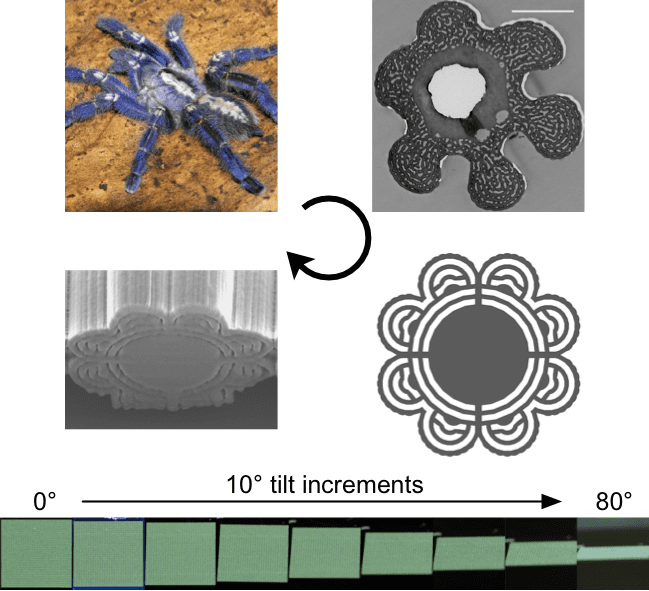 The researchers then collaborated across the USA, Germany, and Belgium to develop optical simulations and laser lithography-generated prototype structures to determine how this is possible and how it could be exploited. They identified the key structural features they believed to be responsible for the non-iridescent colour—high degrees of rotational symmetry, a hierarchical architecture, and nanoscale surface grooves—and designed their own multilayer photonic structures based on these features, to examine the effect of each one. The design most closely mimicking the tarantula hair shows almost no iridescence.

The colour produced by a photonic design can now also be predicted from its structure using a multilayer interference model. More details on how this works can be found in their structurally colourful Communication in Advanced Optical Materials, available on the Wiley Online Library.