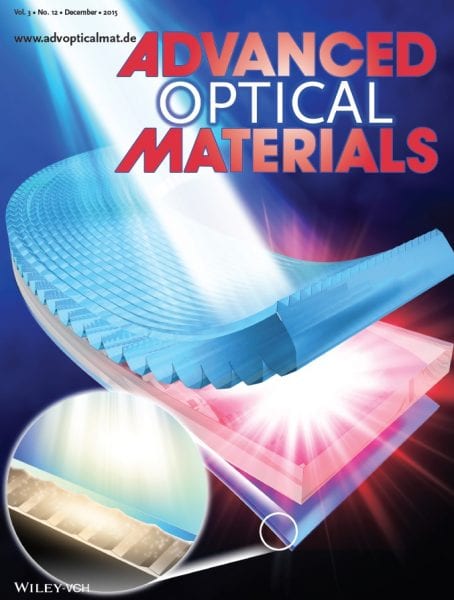 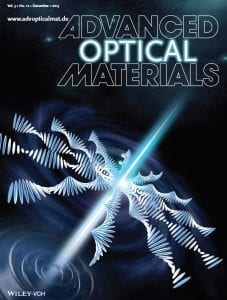 These articles were highlighted on the covers of the Advanced Optical Materials December issue: 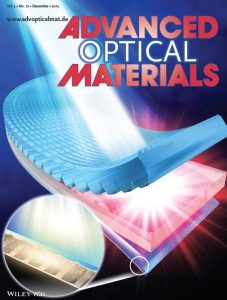 The inside cover illustrates a multiscale light-trapping system for thin-film photovoltaic cells. A compound parabolic trapper with a V-groove textured surface is attached on top of a substrate as a ray-optical scheme to maximize the bounces of incident photons. A thin active layer on the bottom is patterned with metal nanogratings, which induces surface plasmon resonance to compensate for insufficient band-edge absorption. J.-Y. Lee and co-workers describe their optical strategy to achieve a high power conversion efficiency by compensating optical losses of thin-film photovoltaic cells. 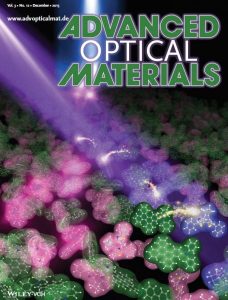