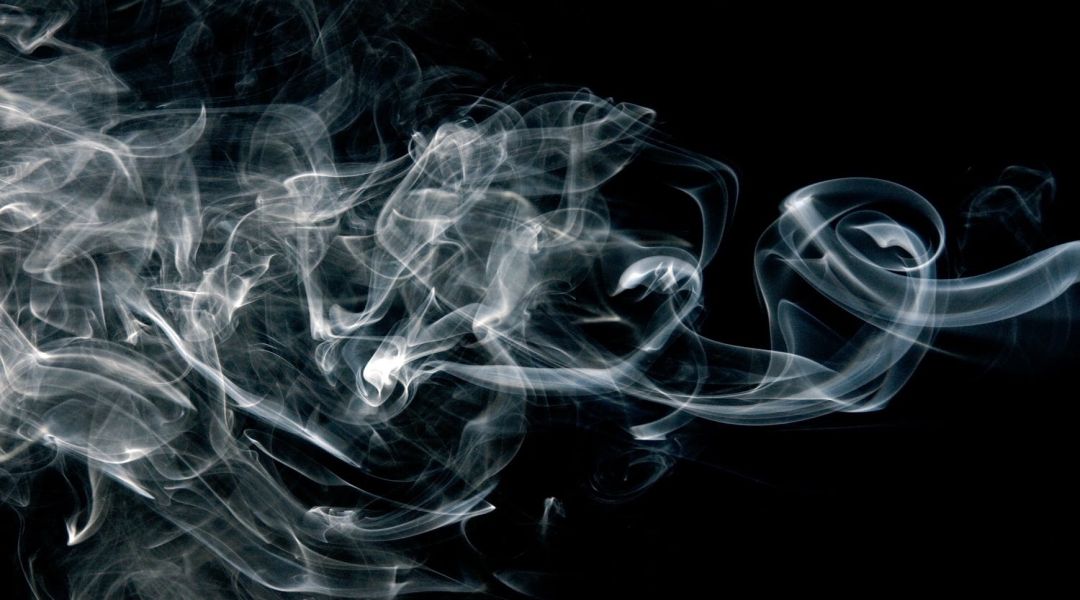 Fire detectors sense smoke or heat and signal an alarm when triggered, prompting evacuation and preventing the potential loss of lives and property damage in the best-case scenario. Therefore, rapid and accurate detection systems that avoid setting off disruptive false alarms are invaluable.

Real-time, video-based fire detection, which identifies the pixel signatures of smoke and fire using a video camera, is the most reliable type of alarm technology at present. However, this technology is not capable of recognizing a fire at the precombustion stage, the ideal point of detection from a safety point of view.

In nature, changes in temperature incite color changes in some organisms. A familiar example of this phenomenon is encountered during the autumn season, when chlorophyll catabolism causes plant leaves to transition from green to yellow, red, orange, or brown. Inspired by chlorophyll metabolism, a group of researchers from the National Engineering Laboratory of Eco-Friendly Polymeric Materials, Sichuan University, have developed a fire detection method that relies on color change to signal heat accumulation.

The method utilizes a precursor molecular sensor (PMS) based on phthalonitriles that forms thermally stable phthalocyanines (Pcs) at about 180 °C, which is much higher than the ambient temperature for most everyday applications, but below the ignition temperature of combustible materials such as wood and polymeric materials. The chemical transformation from PMS to PCs is accompanied by a distinct color change from white to green. 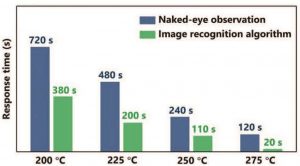 An early fire warning component (EWC) with an image recognition algorithm for real-time monitoring was also fabricated. This algorithm significantly reduces the response time of the EWC compared to observation by the naked eye. An alarm is triggered within 20 seconds at 275 °C, and open fire is detected within three seconds, making this device effective at both the precombustion and postcombustion stages of a fire.