A model for chiral polymer synthesis

The synthesis of a chiral polymer can be performed in chiral liquid crystals. It could be a model to understand asymmetric polymer synthesis in biology. 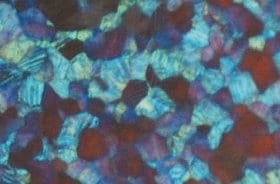 Chirality, which affects phenomena as disparate as the way a molecule twists linearly polarized light all the way to the interaction of a drug with the body, can be generated by chiral centers in a molecule or, if the molecule has no chiral atoms, by the overall structure of the molecule itself. It is also possible for a series of chiral molecules, or monomers, to be stitched together to form a polymer which in turn is not chiral, depending on the way the monomers are oriented with respect to each other.  In biology, enzymes produce chiral polymers by providing an asymmetric environment for their synthesis. 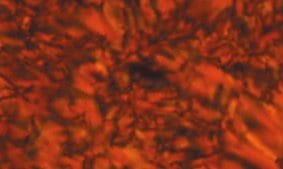 It would be interesting to provide a synthetic analogue of these asymmetric environments, to model them and understand them better. This is exactly what Hiromasa Goto and co-workers at the University of Tsukuba have done, in a new article published in the Journal of Applied Polymer Science. The authors have provided the chiral environment, cholesteric liquid crystals with one of two possible configurations (determined by the way they rotate linearly polarized light) and within these environments they synthesized a polymer starting from chiral monomers all with the same rotational effect on light. They showed that only one of the two configurations of the liquid crystals produces a polymer capable of rotating the plane of polarization of a light beam.

The authors explain this using a stacking model in which the steric hindrance of the liquid crystalline chains forbids the creation of an overall chiral polymer structure if the liquid crystals and the monomers twist the light the same way, whereas it allows an overall chiral polymer if they twist the light in the opposite direction of one another.