A Light Touch: A Photosynthetic and Touch Sensitive E-Skin

A potentially self-sufficient prosphetic skin is developed that is powered by light, to detect light and respond to touch. 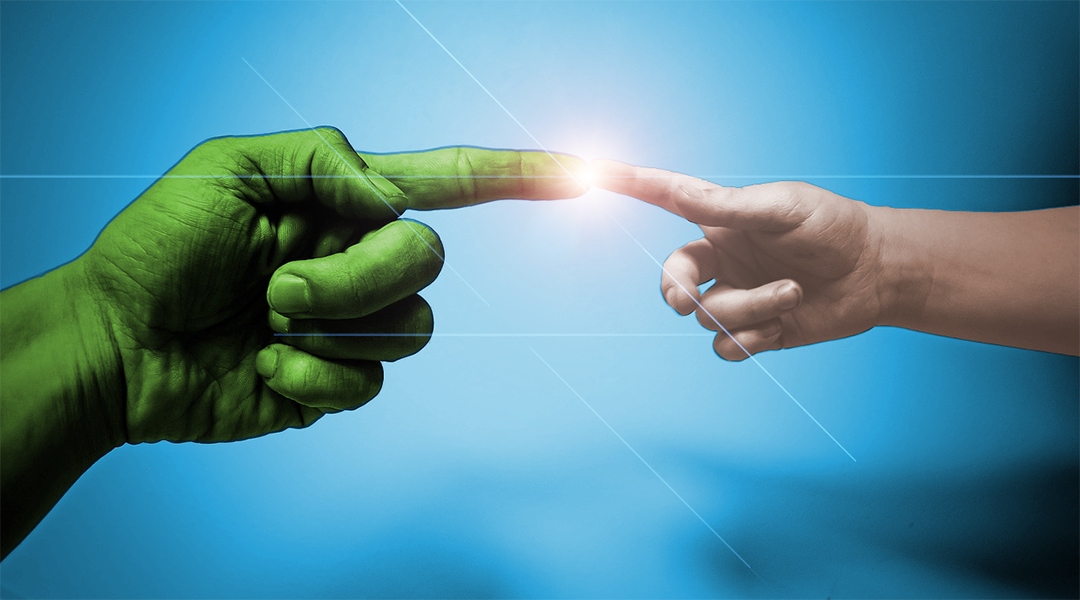 The human skin is a fascinating and versatile organ, saturated with sensory neurons that enable us to feel external stimuli such as pressure, strain, vibration, and temperature, with amazing precision and sensitivity. Whilst such attributes are ubiquitous across the animal kingdom, some animals’ skin can also react to light, giving their skin extra functions of communication and camouflage. These light-responsive features are most famously found in chameleons and some species of octopi.

In the field of biomimicry and biomimetic prosthetics, being able to understand how skin works is important for the development of so-called electronic skins (or e-skin). But whilst it’s all well and good that electronic skins are able to mimic the natural functions of the human dermis, with the potential of modern technology, one could ask; why stop there?

Professor Swee Ching Tan and co-workers from the National University of Singapore and the University of Bristol, UK, asked just this very question, and developed a flexible, bioelectric sensor with the potential to be used as an e-skin, that is both touch and light sensitive.

Interestingly, they take inspiration from plants rather than animals, having recognized that through photosynthesis, some plant species are able to exhibit sensory abilities using just a fraction of the energy harvested from photosynthesis, and therefore being very energy self-sufficient.

By taking energy directly from sunlight, the prototype e-skin paves the way for such self-sufficient skin prostheses. The device is comprised of a top and bottom layer of tin oxide polyethylene terephthalate film (ITO-PET) and gold-coated PET respectively, which sandwich a two-phase formulation of the photosynthetic protein RC-LH1 and a ubiquinone-0/succinonitrile gel matrix.

Under UV light – which can be damaging to human skin–this synthetic-proteinaceous e-skin can act as a monitor to warn the wearer when they are exposing themselves to too much UV radiation. Furthermore, the incident light is able to generate extra electrical power to the e-skin, since it is also a photochemical cell.

Because of this surplus in energy, the e-skin responds rapidly to pressure and touch – in the form of electrical signals – even in the dark and, for good measure, even underwater. This is highlighted in the figure below.

E-skin emersed in water (left) and then giving an electrical signal by touch (right).

To the best of the authors’ knowledge, this is the first such e-skin device that exhibits multiple functionalities from two different stimuli. The hope is in the future to use such devices to power smaller electrical devices wired to the e-skin for a plethora of health monitoring applications.

In the future age of wearable electronics and technological-biological interfaces, it may be that with such photosynthetic skins, we will have more in common with plants than we currently appreciate.