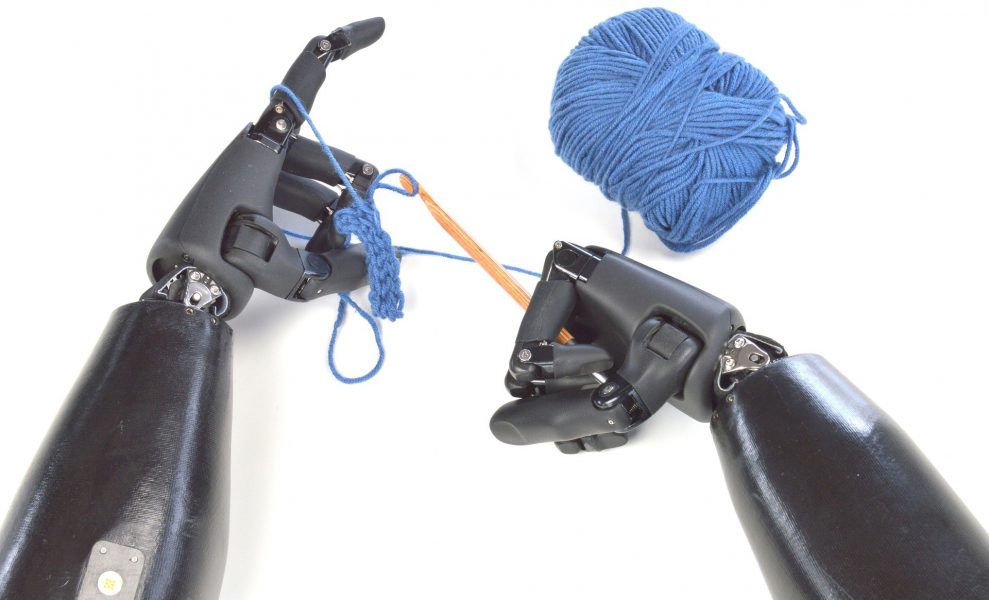 One of the most important features of a smart system is an interface that enables easy interaction or communication between the main system and its user, for example a mouse and its computer or touch screens on smart devices.

Soft robots are made of highly deformable and compliant materials, and compared to conventional robots that are made of stiff and rigid components, they are safer to operate in highly dynamic environments and are more suitable to interacting directly with humans. Current soft machine-human interfaces are fabricated using the moulding of soft materials, which do not always make for a favorable balance between interface function and structure. It is therefore imperative to design and fabricate a low-cost interface with desirable performance characteristics.

“We have customized interface elements for diverse interactive human-machine interfaces, such as soft wearable gloves for virtual reality applications, soft push buttons for STEM education platforms, haptic feedback devices for rehabilitation, soft game controllers and throttle controllers for gaming, as well as soft bending sensors for prosthetic hands”, says Charbel Tawk, a graduate student at Wollongong University and an author of the study.

“What we have achieved is a significant step towards bringing [technologies, such as] prosthetic hands, one-step closer to their natural counter-parts,” says Gursel Alici, project lead and head of  Soft Robotics for Prosthetic Devices. “This study also contributes to recent efforts to deliver the merits of soft robotics to various applications, such as medicine, where human-machine interactions might be essential.”

These soft sensing elements can seamlessly be integrated in the monolithic topology of soft robotic systems to provide information for the interaction between the robotic system and its immediate environment, which includes interactions with human beings.

“Think of a soft, adaptive, and safe system seamlessly interacting with its immediate environment,” says Alici, “The sky is the limit!”

Light in Sight: Micro-Lenses Enhance the Functionality of Future Cars
Building a Sustainable Future with Emission-Free Cement
Discovery of an Unusual Quasiparticle in a 2D Material
Prof-Bot: The autonomous chemistry professor