A team at KIT has reached a new limit for electronics, with a quasi-solid-state transistor that functions via the switching action of a single atom. 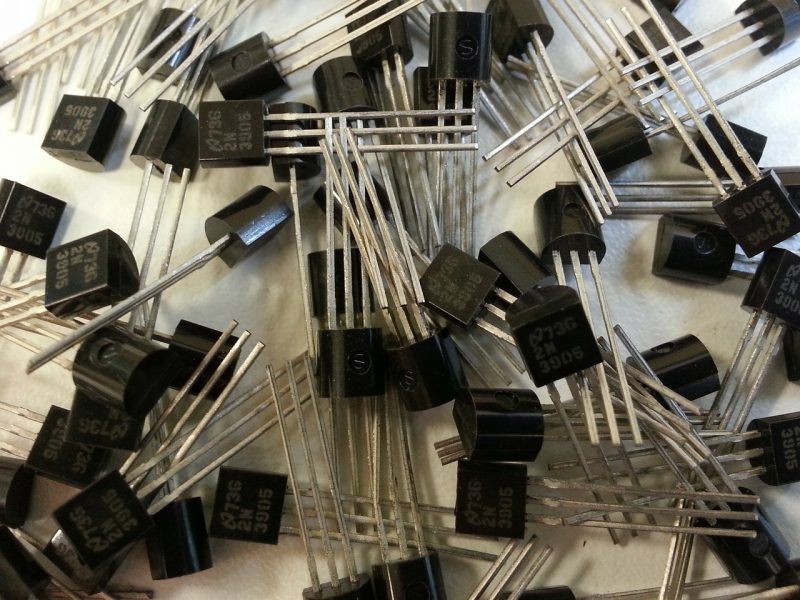 Portable and implantable electronics with rising processing requirements necessitate ever-smaller components. The miniaturization of electronic systems has now reached a new low dimensionally speaking – with the creation of a quasi-solid-state transistor on the quantum scale.

The transistor is a key component of digital systems, normally consisting of a semiconducting material which responds to electrical signals by switching its behavior between conducting and insulating, and thereby either opening or closing a circuit in a fashion analogous to the mechanical operation of an on/off switch in traditional electric circuitry. Billions of transistors work together to perform logic operations which form the basis of digital computational processing – letting you do everything from plotting and saving your lab results to sending your grandmother a picture of your first Advanced Materials cover.

The device created by a team at KIT, Germany, functions via the resistance switching action of just a single atom, which should reduce the energy cost of that operation by around ten thousand times compared to conventional silicon-based electronics. This is due in part to its reliance on metal components instead of semiconductor switching behavior, meaning that it requires only a very low voltage to work (around 10 mV). It also means that the actual ‘switch’ on the device is around a fifth the size of the smallest possible gate length for devices based on silicon, opening up new possibilities for device miniaturization.

The transistors with (a) aqueous and (b) quasi-solid-state electrolytes were compared. Gelation did not detectably affect the conductivity of the device.

The new transistor consists of two gold contacts on a glass substrate (the source and drain electrodes), separated by exactly one atom’s width. When a single silver atom is inserted into the gap, the circuit is closed; when removed, the circuit is open again. In this way, the silver atom acts as a switch to control the flow of current in the circuit (a quantum point contact). Its reversible manipulation is governed by the application of a small voltage from the ‘gate’ electrode, which is inserted into the electrolyte bridging the contacts.

The use of silver in particular has been demonstrated to enable room-temperature operation and, the authors write, “current input and output in the microampere range, allowing high signal/noise ratios and full compatibility with present-day semiconductor electronics”.

The transistor’s quasi-solid state was achieved via the gelation of its aqueous silver electrolyte using pyrogenic silica, rendering it safer to handle and to operate than potentially leaky liquid-based systems. The team then compared the aqueous and quasi-solid-state setups, exploring the effect of gelation on ionic conductivity, electrochemical silver deposition and dissolution processes, and the overall switching behavior of the transistor. Electrolyte gelation was shown to result in a reduction in silver ion mobility of around 10%, which would slightly retard the switching process, but there was no clear difference in the AC conductivities measured for the devices, suggesting that electron transport was unaffected by the presence of the silica gel.

The gel displays “the cohesive properties of a solid and the diffusive capabilities of a liquid”, write the researchers, whose findings offer an exciting step forward for low-power quantum electronics. See the details of their experiments in Advanced Materials.

You can read the KIT Press Release (in German) here. If electronics is your thing, try these recent articles:

Have you already discovered the Excellence in Energy series? Check out this virtual issue of invited-only reviews from top energy researchers here. Everything is free to read for a limited time.