The LUX-ZEPLIN detector is now operational and ready to capture weakly interacting particles believed to be the constituents of dark matter. 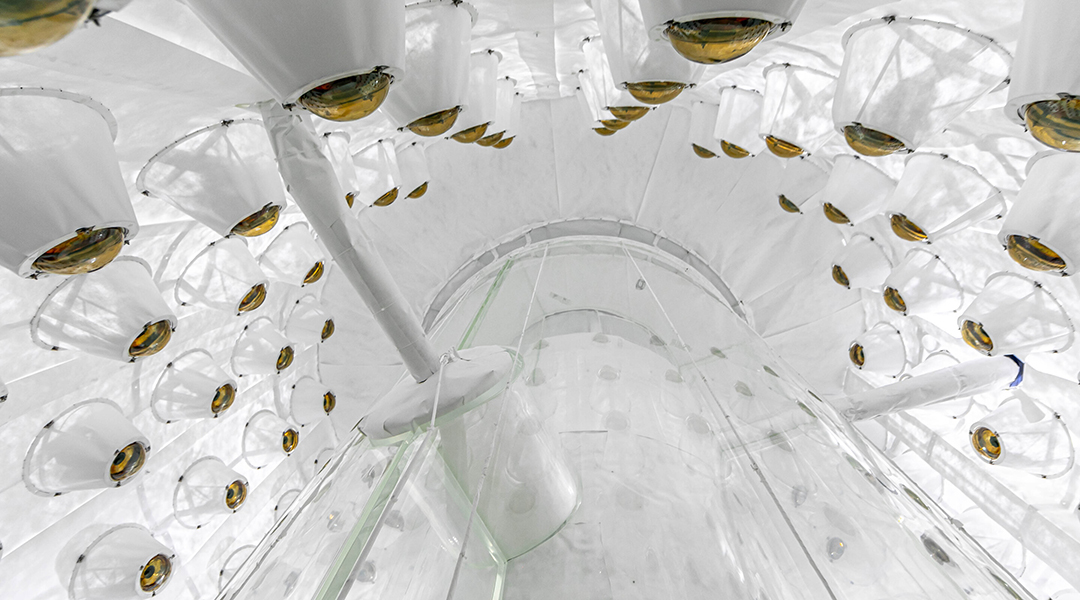 Physicists from over 35 institutions in Portugal, South Korea, the UK, and the US have reported the results from the first run of the world’s most sensitive dark matter detector, LUX-ZEPLIN (LZ). The test phase of its operations was successful, and the researchers are optimistic about the prospects for the future operation of the facility.

“We’re ready and everything’s looking good,” said Kevin Lesko of Lawrence Berkeley National Lab (Berkeley Lab), who leads the LZ experiment in an interview. “It’s a complex detector with many parts to it and they are all functioning well within expectations.”

The LUX-ZEPLIN detector is designed to capture weakly interacting massive particles (WIMPs) believed to be the constituents of dark matter. The existence of this entity has been deduced from astronomical observations, which showed that the rotation velocities of stars in the peripheries of galaxies are anomalously large if galaxies are composed exclusively of known forms of matter.

However, these observations would be consistent with physicists’ understanding of gravity if, in addition to the matter we can see, there existed an unobservable substance that is about six times more abundant than regular matter. Scientists call it dark matter, and despite its prevalence, all attempts to detect it with ground-based laboratories have so far been unsuccessful. This means that dark matter must interact with known particles very weakly, which limits our ability to detect it with current instrumentation.

“I’m thrilled to see this complex detector ready to address the long-standing issue of what dark matter is made of,” said Berkeley Lab Physics Division Director, Nathalie Palanque-Delabrouille. “The LZ team now has in hand the most ambitious instrument to do so.”

The experiment is being carried out at the Sanford Underground Research Facility (SURF) in South Dakota. It uses an ultra-sensitive detector containing a record-breaking amount of liquid xenon — with a total mass of 10 tons — to detect signals from the interaction of WIMPs with atomic nuclei.

According to theoretical models of dark matter, these interactions should cause a xenon atom to ricochet around the collision site, converting its energy into photons and electrons. The photons can then be detected by photomultipliers in the detector, as well as electrons, which drift into the top of the detector where they produce observable flashes of light.

The operation period was long enough to confirm that all aspects of the detector were functioning well and that the experiment has achieved the highest sensitivity to date. The LUX-ZEPLIN facility is continuing its trial operations, and the physicists plan to further optimize the detector and improve the software used for data analysis. The hope is that WIMPs might be found during detector’s second run, which the scientists expect to last more than 1000 days.

“We plan to collect about 20 times more data in the coming years, so we’re only getting started,” concluded Hugh Lippincott of the University of California Santa Barbara, a LUX-ZEPLIN spokesperson. “There’s a lot of science to do and it’s very exciting.”

The farthest galaxy in the universe
Does dark matter really exist?
Can bacteria survive in space?
Scientists discover new exoplanet with an atmosphere ripe for study