What shapes the lung microbiome?

It is generally accepted that a community of beneficial bacteria make up the lung microbiome, but their origin and formation have remained unclear — until now. 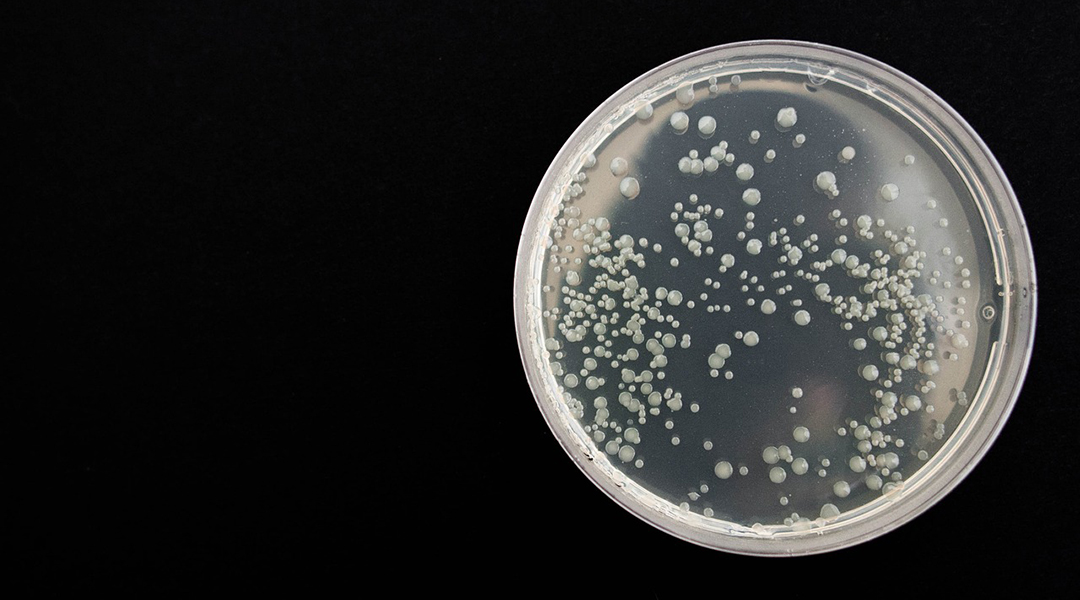 Until recently, scientists believed that the lungs were a sterile environment, free of any bacteria. But research over the last five years has upended this idea, providing evidence that healthy lungs possess a distinct microbiome of beneficial bacteria that are critical to maintaining balance and warding off disease.

“As the gut microbiome is important for our overall health, the impact of the lung microbiome on health has been gradually confirmed in recent years,” said Tao Ding, professor at Zhongshan School of Medicine at Sun Yat-sen University in China. “The occurrence and development of many diseases, including asthma, [chronic obstructive pulmonary disease] COPD, pulmonary fibrosis, and lung cancer, are all inextricably linked to the lung microbiome.”

Ding explained that this idea of a sterile pair of lungs persisted for so long because limited data acquired through the traditional approach to isolating and identifying bacteria in microbiology, which is the collection and culturing of bacteria — where bacteria are allowed to reproduce on a culture medium, like agar, under controlled laboratory conditions.

“Coupled with the very low biomass of the lung microbiota, previous isolation and culture based on lung samples have usually yielded negative results,” added Ding. “So, people previously usually assumed that the lungs were sterile.”

With new developments in technology — especially within the realm of genetic sequencing — came this major discovery: that our lungs are host to millions of bacteria that serve a crucial and beneficial role.

While an important development, Ding and his team of researchers, which includes his collaborator Guo-Bao Tian, also a professor at Sun Yat-sen University, say there are still puzzle pieces missing. “Although it is now generally accepted that […] bacteria exist in the lungs, their origin and formation remain unclear,” said Ding.

These bacteria are of particular interest as some speculate they may be involved in trained immunity, where innate immune cells are reprogrammed to recognize a pathogen in order to defend against reinfection, providing long term protection — but this and theories about the origins of lung bacteria, writes the team, is still controversial because of a lack of clinical evidence.

In a paper published in Advanced Science, Ding, Tian, and their teams sought to help answer this question by looking into how cavities connected to the lungs, particularly the upper respiratory tract, oral, and nasal cavities may influence the formation of the lung microbiota. “In terms of human anatomy, the oral and nasal cavities are the most important outlets of the respiratory tract and have diverse symbiotic microbes,” said Ding. “Therefore, it would be interesting to know how these two microbiomes influence or shape the lung microbiome.”

This makes sense as the upper and lower airways are anatomically close together, allowing bacteria to travel to the lungs through the air and nasal secretions. Accumulating evidence suggests that bacterial communities in the upper respiratory tract help in preventing pathogens from infecting mucosal surfaces and spreading to the lower respiratory tract.

However, proving this has been difficult due of the lack of quantitative data to help explain this and individual variations. Current sampling methods, which either infer or directly measure lung microbiota composition, are easily contaminated and contain only small amounts of biomass to measure.

“No quantitative analysis of the lung microbiome shaping process has been performed before, and we filled this gap,” said Ding.

For this, they turned to metagenomics. “Metagenomics sequencing is a technique that determines the presence of various microorganisms, such as bacteria, fungi, and viruses in a sample through nucleic acid sequencing, independent of isolation and culture,” said Ding. “We integrated metagenomic sequencing and cytokine profiling [small proteins that are crucial in controlling the growth and activity of immune system cells] with detailed clinical information to analyze the systemic association between oral and lung microbiota.”

“We profiled the microbial compositions of the BAL, nasal, saliva, and oropharyngeal swab samples from […] gene sequencing data and calculated the similarities among these samples,” wrote the team in their paper.

Ding noted that they were very careful to eliminate false positives through strict adherence to testing protocols and negative controls to provide a true picture of the microbial community in the sample as much as possible, especially for low biomass samples.

Bronchoalveolar lavage fluid, which is collected from deep inside the lungs, is particularly tricky. “[These] samples are highly susceptible to contamination from the upper respiratory tract and oral samples, so all operations [were] performed by respiratory specialists with more than five years of bronchoscopy experience to avoid contamination,” said Ding. “Bronchoalveolar lavage fluid also has a low biomass and may introduce additional contamination during sample dispensing, DNA extraction, and library sequencing, so we set up strict negative controls to ensure the authenticity of sample information.”

The team were able to combine data from all samples and assess their bacterial contributions using what they called a multiple-source neutral model. The results suggest that the formation of the lung microbiota is indeed a multi-source process, but the oral cavity and oropharynx provide the greatest influence given their proximity.

“This only helps to underscore the importance of oral health […] For instance, patients experiencing difficulties in swallowing and low awareness (for example, craniocerebral trauma patients) are more likely to develop pneumonia, which is usually caused by groups of bacteria in the oral cavity that accumulate in the lungs,” they wrote.

From the samples collected, the team found that the intensity of communication between the oral and lung microbiota was closely related to the levels of lung cytokines, which are small proteins crucial for the growth and activity of immune system and blood cells. “The spread of oral microbes to the lungs is heterogeneous, with more oral microbes entering the lungs being associated with decreased lung function and increased lung proinflammatory cytokines,” they said.

Through their work, the scientists also identified features of the salivary microbiota that may be used to predict lung microbiota status, opening the door for a potential saliva-based tests to non-invasively evaluate and regulate respiratory health.

“Our study provides a rationale for future diagnosis and intervention of lung microbiota by regulating or manipulating oral microbes,” said Ding. “The oral cavity is a reservoir of respiratory and intestinal microbiota resources, and further studies may be necessary to explore the correspondence between the two microbial pneumo-types and the highly individualized saliva microbiota seen in our study, as oral microbiota-based lung diagnostics and lung interventions could be of considerable clinical importance.”

While important information has indeed been gathered, this is just the tip of the iceberg. “We focused exclusively on the connections between the oral and lung microbiota. However, the human microbiome is a highly integrated ecosystem, and the interconnections between microbiota in different parts of the body, including different respiratory tract sites, should be studied in depth.

“We also observed that some rare genera, such as Brevundimonas and Bacillus in the nasal cavity, were not present in the oral cavity, but were involved in lung microbiota formation, suggesting an important role for these bacteria in shaping the lung microenvironment. This warrants further research.”

Seeking life on Mars: What you need to know about the Perseverance mission
A new type of bond: Charge-shift bonds
CRISPR cleans up DNA origami
Ultrasonic welding provides route to ultra-low-cost flexible circuits