Three laureates share this year’s Nobel prize in physics for their discoveries about one of the most exotic phenomena in the universe: the black hole. 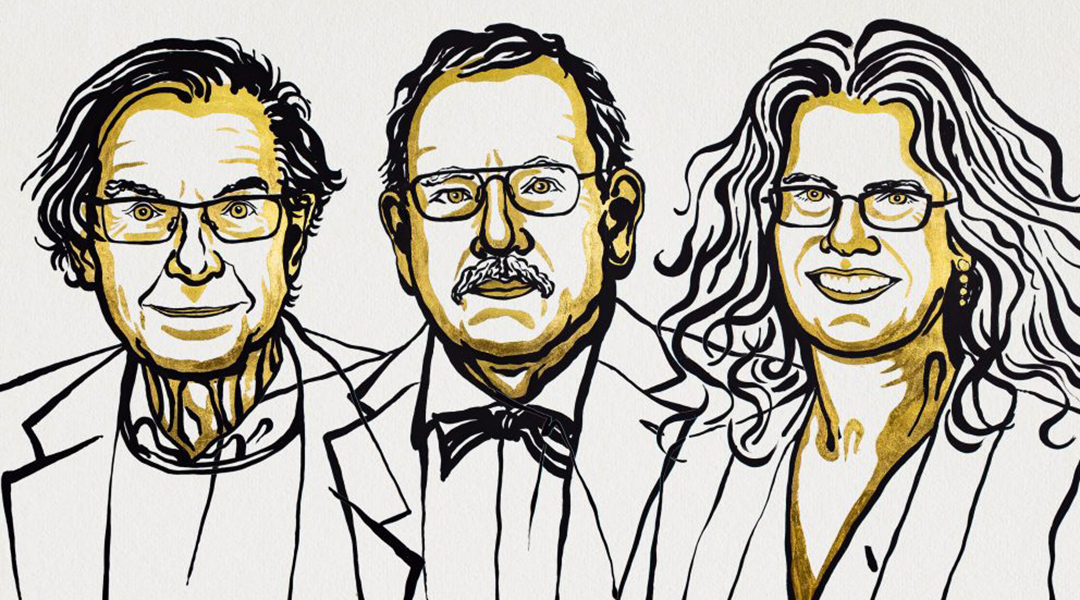 This year’s 2020 Nobel prize in physics has been awarded to three scientists — Roger Penrose, Andrea Ghez and Reinhard Genzel— who have significantly contributed to our understanding of one of the universe’s most intriguing and paradoxical phenomena: black holes. The prize is awarded for establishing that black holes can form within the theory of general relativity, as well as the discovery of a supermassive compact object, compatible with a black hole, at the center of our galaxy.

A solution to Einstein’s theory of relativity

The existence of dark objects in space that are so dense that nothing, not even light, can escape their gravitational fields was first predicted as early as 1793 by English astronomer John Michell, who postulated that heavenly bodies could become so dense that they would be invisible. More than a century later, these invisible bodies or “black holes” — a term coined in 1967 by physicist John A. Wheeler — were also predicted by Albert Einstein’s theory of relativity, and which many notable physicists, astronomers, and mathematicians thought to only be theoretical speculations.

The work by Penrose carried out in the 1960s proved essential to understanding the structure and physics of black holes, and provided a framework for astronomers to seek out candidates within our universe. In 1965, he put forth a solution to Einstein’s theory of relativity, which included the key concept of a “trapped surface” to describe the structure of a black hole.

A trapped surface is a closed, two-dimensional surface in which time and space switch roles, with the inside of the surface being time-like. All rays are directed to its center, which ends in a singularity, a boundary where time and space end.

To do this, Penrose invented new, ingenious mathematical methods to describe the physics of a supernova, and with which he proved that once a trapped surface had formed, it was impossible, within the theory of general relativity, to prevent the collapse toward a singularity. In other words, once matter begins to collapse and a trapped surface forms, nothing can stop the collapse from continuing. His findings have been heralded as the first post-Einsteinian result in general relativity, and for this he was awarded half of this year’s Nobel prize in physics.

A black hole at the center of our galaxy

Reinhard Genzel and Andrea Ghez share the remaining half of the award for their discovery that an invisible and extremely heavy object governs the orbits of stars in our galaxy. Physicists have long suspected that a black hole may be at the center of our galaxy, however, direct observation has been elusive from our vantage point on Earth.

Harlow Shapley was the first astronomer to identify the center of the Milky Way, in the direction of the constellation of Sagittarius. With later observations, astronomers found a strong source of radio waves there, which was given the name Sagittarius A*.

Using the orbits of stars as guides, Genzel and Ghez have produced the most convincing evidence yet to support the theory that our galaxy contains a massive black hole at its center.

Genzel and Ghez separately led teams at the Max Planck Institute for Extraterrestrial Physics (MPE) and the University of California, Los Angeles (UCLA), respectively, who for the past 30 years have been monitoring the motions of stars orbiting what astronomers have identified as the Galactic center.

Given how crowded the region around our galaxy’s center is and the fact that interstellar clouds and dust obstruct most visible light, the teams used infrared telescopes based in Hawaii and Chili to image stars in the region. Through a number of technical advancements, the teams were able to compensate for distortions in signals as a result of the Earth’s atmosphere, which acts as a lens itself and refracts any light reaching the Earth’s surface — interestingly, this is why stars twinkle at night.

Through continued development of adaptive optics, more sensitive signals were collected over time and the stars’ precise orbits determined at the center of our galaxy. Some of the key stars being tracked that are located within a radius of one light-month from the center move rapidly and seemingly randomly within this space, like a swarm of bees. The stars outside this radius, however, follow orderly elliptical orbits.

One star, S2 or S-O2, completes an orbit of the center of the galaxy in less than 16 years, which is an extremely short time when compared to our own Sun, which takes more than 200 million years to complete one lap around the Milky Way’s center.

Based on the team’s calculations, the black hole in Sagittarius A* should have the mass of four million solar masses packed into an area the size of our solar system. While we have yet to directly image it, the work carried about by Genzel, Ghez, and their teams of researchers have already paved the way for new capabilities, insights, and the next steps in our journey to the center of the galaxy.

“The discoveries of this year’s Laureates have broken new ground in the study of compact and supermassive objects. But these exotic objects still pose many questions that beg for answers and motivate future research. Not only questions about their inner structure, but also questions about how to test our theory of gravity under the extreme conditions in the immediate vicinity of a black hole”, says David Haviland, chair of the Nobel Committee for Physics.