Wave power could be a major source of renewable energy, but we’re not relying on it

Wave power has the potential to offset 64% of the United States' energy consumption, but funding and technology has caused a standstill. 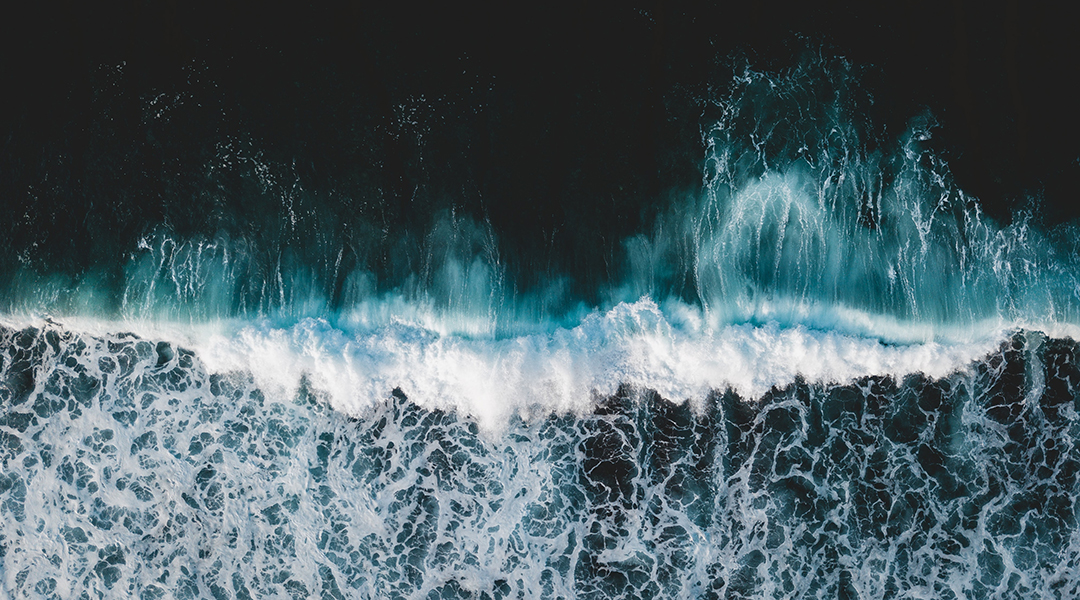 The ocean covers over two-thirds of the Earth’s surface. Across that area, the power of waves churn, bubble, and batter our coastlines, and that power is a huge source of untapped energy.

Amongst the titans of renewable energy, like wind and solar power, waves could potentially offset 64% of the United State’s energy consumption. The problem, however, is that the promises of wave power are currently outpacing the developments to generate it.

While waves can form in a variety of different ways, the mechanism that drives them is all the same: a transfer of energy.

Waves are most commonly formed by wind. Kinetic energy from the wind is transferred to the water, creating waves as a result of friction between the atmosphere and ocean. The size and speed of waves is dependent on a variety of factors like the wind’s direction and speed, and a variable known as fetch, which is the physical distance that wind has travelled across open water. As fetch and wind speed increase, so too does the wave’s height and speed. The bigger and faster the wave, the more energy it has.

Since waves traverse the vastness of the ocean, this energy is unimpeded until it is dispersed in a collision with an object or a break on a beach — where it can be collected.

The United States Energy Information Administration estimates that there could be as much as 2.64 trillion kilowatt hours of energy from the waves breaking on US beaches. This amount corresponds to approximately 64% of the country’s energy output in 2019. Similarly, the Ocean Energy Council states that the kinetic energy in waves is nearly 1,000 times more than that in wind, making it a denser source of power. Wave power is also more reliable to gather than other renewable energy sources like wind and solar, which are dependent on the weather and time of day.

To harness that energy, we need turbines.

Turbines would convert the oscillatory motion of waves into electricity, and currently there are several different types. One configuration features a buoy tethered to the seabed, tugging on a generator it rolls through a wave. Another turbine features a large, flat panel that pivots back and forth on the seafloor. There are also larger wave power stations built along the coast, which redirect a breaking wave’s energy into a spinning turbine.

All these turbines have the potential to generate a huge amount of energy, so why aren’t they more widespread?

The research and development behind creating a large-scale windfarm is still in its infancy. The ocean is turbulent, and salty, and violent at times — all factors that spell trouble for the intricate engineering needed to generate electricity. The general oscillatory behavior of waves compared to moving fluids like wind also makes engineering an optimal turbine difficult, since researchers and engineers are essentially starting from scratch. Once this technology is developed, testing it in the ocean can be incredibly expensive, time-consuming, and complex, so in-situ research is currently lacking.

Despite this, the United States alone has wave farms in New Jersey, Oregon, and Hawaii, which are demonstrating the feasibility of harnessing the ocean’s power on a larger scale. Likewise, the Department of Energy recently pledged $27 million in funding for the research and development of ocean energy.

So, while the current state of wave power is lacking, there is the potential for waves to stand alongside other, more widespread renewable energy resources in powering a better tomorrow.