A molecule-thick material is opening doors for the advancement of flexible and recyclable organic solar cells. 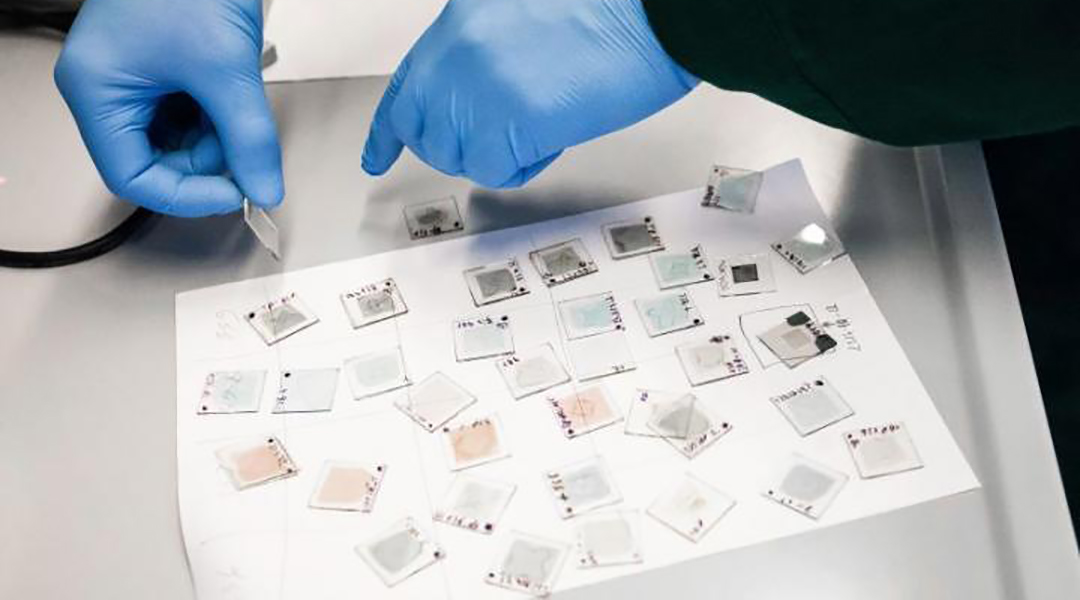 Organic solar cells are commonly made from elements such as carbon, hydrogen, nitrogen, fluorine, oxygen, and sulfur. These raw materials are cheap, abundant, and can be easily recycled, leading to organic photovoltaic materials that are lighter, more flexible and cheaper to produce. One limitation, however, is their relatively low efficiency compared to other photovoltaic technologies, including those made from silicone and perovskite.

But researchers from Kaunas University of Technology thinks that this may soon change. At the end of 2018, the team of chemists synthesized a new ,self-assembling material that forms a molecule-thick layer (aka monolayer) that functions as an efficient solar element and can be used to easily cover a variety of surfaces.

Until recently, self-assembling monolayers had only been used to produce perovskite/silicon and CIGS/perovskite tandem solar cells. However, the Kaunas team’s new material proved to have comparable efficiency — reaching a record-breaking 18.4% power conversion — when used in an organic solar cell. This is currently among the highest observed in organic photovoltaic technologies. Moreover, the electrode was chemically stable and after removal could be recycled and reused to construct new, high-performing solar cells.

“We made some modifications in the material […] to tailor it for organic solar elements,”said Artiom Magomedov, co-inventor of the new material. “However, our technology offers a breakthrough approach towards photovoltaic element production: the surface is dipped into a solution and a molecule-thick semiconductor layer is formed. The technology is cheap, efficient and versatile.”

As the material has now been commercialized and is freely available, the discovery continues to advance the development of new photovoltaic technologies.

“Last year, we noticed an article published by the researchers from KAUST, where they described high efficiency of an organic solar cell while using our [material],” explained Magomedov. “We contacted the scientists and offered to collaborate in enhancing the capacities of the material. Due to the pandemic restrictions, all cooperation was remote — we sent the synthesized materials by post and our colleagues in Saudi Arabia built the organic solar cells and measured their properties.”

The researchers emphasize that the use of similar SAMs could be extended to other applications, including light-emitting diodes, photodetectors, or organic transistors.

“The semiconducting properties of organic elements are lower than those of non-organic materials,” said Professor Vytautas Getautis, head of the KTU research group behind the invention. “Therefore, the achieved efficiency results are very impressive for everyone working in the field.

“After the publication, a Swedish company called Dyenamo has already obtained the license to produce our materials tailored for the organic solar elements, as they see the potential of this technology.”