Study shows that temperature changes have a smaller effect on transmission than policy interventions like lockdowns and social distancing. 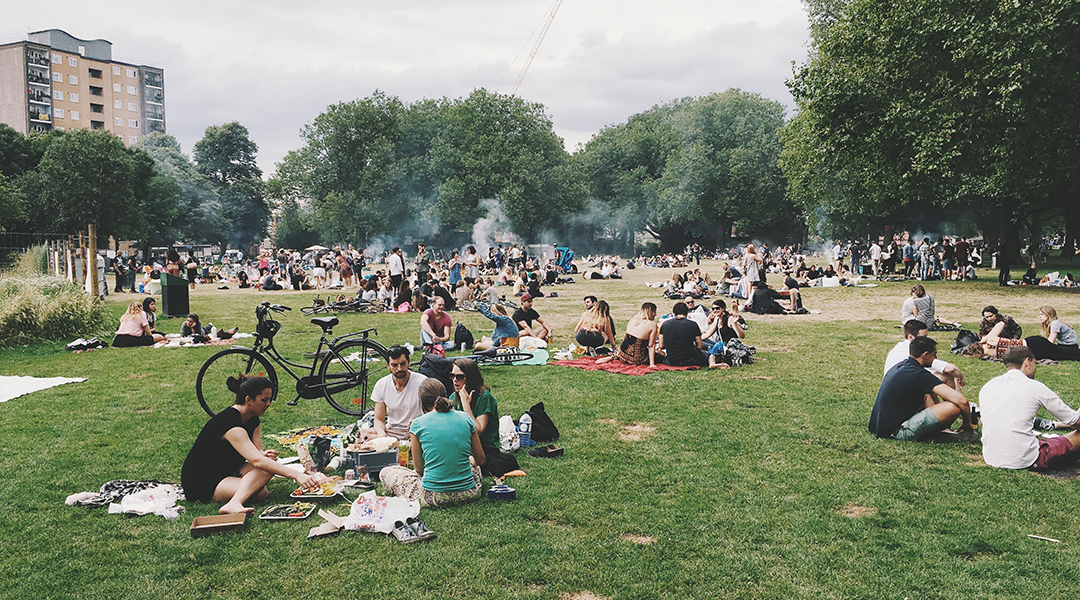 New research shows transmission of the virus behind COVID-19 varies seasonally, but warmer conditions are not enough to prevent transmission.

The study, led by Imperial College London researchers and published today in Proceedings of the National Academy of Sciences, is the first to incorporate environmental data into epidemiological models of the transmission of SARS-CoV-2, the virus behind COVID-19.

The team show that temperature and population density are the most important factors determining how easily the virus spreads, but only in the absence of mobility-restricting measures, such as lockdowns.

“Our results show that temperature changes have a much smaller effect on transmission than policy interventions, so while people remain unvaccinated, governments mustn’t drop policies like lockdowns and social distancing just because a seasonal change means the weather is warming up,” said the study’s first author Tom Smith. “However, our work also suggests that lower autumn and winter temperatures may lead to the virus spreading more easily in the absence of policy interventions or behavioral changes.”

Seasonal variation has been a source of uncertainty in forecasts of SARS-CoV-2 transmission. Other viruses, like flu viruses and other coronaviruses, are known to be affected by environmental factors. For example, high temperatures and low humidity reduce the transmission of respiratory droplets, preventing the spread of flu. High temperatures are also known to inactivate other coronaviruses in the air and on surfaces.

However, quantifying the effects of environmental factors including temperature, humidity, and UV radiation (sunshine) on SARS-CoV-2 transmission has been difficult during the pandemic, since human factors like population density and behaviour have been the main drivers of transmission.

The differences in interventions and case-counting between countries and regions also makes comparing environmental factors on a global scale difficult, especially as some countries, like Brazil, India and Iran, have high transmission despite having warmer climates.

As a result, few epidemiological models have included environmental data, and those that do assume the response of SARS-CoV-2 is identical to other coronaviruses, as there is a lack of SARS-CoV-2-specific data.

To fill this gap, the team, from the Departments of Life Sciences and Mathematics at Imperial, as well as Imperial’s MRC Centre for Global Infectious Disease Analysis, and Utah State University, compared transmission across the USA. The country has a large range of climates with comparable policies and case numbers, allowing the impact of environmental factors to be teased out.

They found strong evidence that lower temperature and higher population density are both associated with higher SARS-CoV-2 transmission.

Lead researcher Dr Will Pearse, from the Department of Life Sciences at Imperial, said: “While temperature and population density do influence SARS-CoV-2 transmission, our findings re-confirm that the most important drivers are public policy and individual behaviour. For example, during lockdowns, there was no meaningful signature of temperature influencing transmission.

The researchers are now extending their study to new variants, and say their environmental results should be incorporated into future forecasts to enhance predictions of disease spread.

Study co-author Dr Ilaria Dorigatti, from the MRC Centre for Global Infectious Disease Analysis at Imperial, said: “We found evidence that, in the early phases of the pandemic, places with colder temperatures were associated with higher SARS-CoV-2 transmission intensities. However, the effect of climatic seasonality on SARS-CoV-2 transmission is weaker than the effect of population density and in turn, of policy interventions.

“This implies that, as we move towards summer in the Northern Hemisphere, public health policy decisions remain of critical importance for epidemic control and adherence to recommendations will continue to play a key role against SARS-CoV-2 transmission.”