One of the exciting potential applications of electromagnetically induced transparency and slow and stored light is for practical realization of quantum memory, and, ultimately, quantum computing. Recent advances using ensembles of warm atoms in vapor cells have been made. 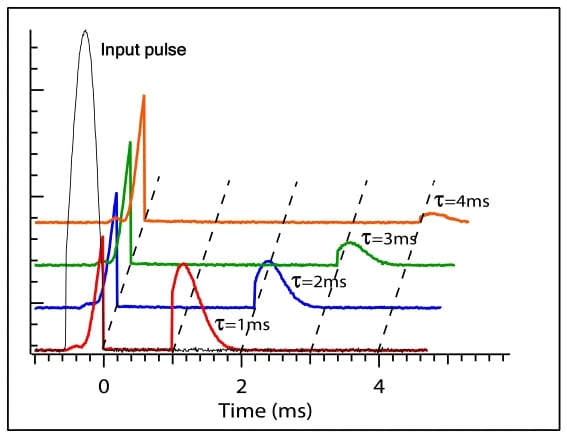 One of the exciting potential applications of electromagnetically induced transparency and slow and stored light is for practical realization of quantum memory, and, ultimately, quantum computing. Recent advances using ensembles of warm atoms in vapor cells have been made.

A strange phenomenon was proposed at the end of the eighties – “electromagnetically induced transparency” (EIT). It is based on coherent population trapping and renders an opaque medium transparent – the effect of a medium on a propagating beam of electromagnetic radiation is thereby eliminated. Since then, the technique has become a versatile tool for realization of controllable atom-light coupling, such as the manipulation of optical pulse propagation through atomic and atom-like media via slow and stored light.

By harnessing the quantum mechanical properties of light, the performance of many applications, such as quantum information and quantum sensor technologies, has been improved in recent years. Many of these applications rely on the ability to couple light to resonant systems, such as ensembles of warm or cold atoms, “atom-like” defects in solid-state systems or nanostructures such as quantum dots, and photonic structures. EIT is a prominent example in this context: It allows controlled manipulations of the optical properties of atomic or atom-like media via strong coupling of a near-resonant optical signal field and collective long-lived ensemble spin by means of a strong classical optical control field. 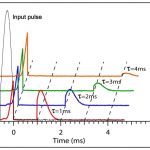 An example of signal field propagation through an electromagnetically induced transparent medium (click to enlarge).

The key difference between cold and warm atomic ensembles is the thermal motion of warm atoms, which produces significant Doppler broadening of optical transitions. However, the broadening of the two-photon spin transition can be minimized by working in collinear geometry and by some other means. Thus, warm atomic ensembles can be as practical as cold atoms for coherent manipulations of atomic spins using EIT. Warm-vapor-cell experiments have several attractive features, including relative simplicity of design and easy control over large atomic ensembles.

Recent efforts to enhance the light storage efficiency and to realize a high-efficiency memory for optical pulses using slow and stored light based on EIT in ensembles of warm atoms in vapor cells have been reviewed by Irina Novikova from the College of William & Mary in Williamsburg (USA), Ronald L. Walsworth from the Harvard-Smithsonian Center for Astrophysics and Harvard University in Cambridge (USA), and Yanhong Xiao from Fudan University in Shanghai (China)

A typical vapor cell is a sealed glass cylinder or sphere containing a small amount of metals (e. g., Rb or Cs). Light can be stored in setups based on vapor cells. A number of optimizations of the experimental conditions have been made to allow the realization of “writing”, “storage”, and “retrieval” stages. In the article, the authors explain theoretical and practical basics and discuss modifications to the idealized description of EIT and slow/stored light arising from the motion of warm atoms, as well as related experiments involving buffer gas and wall-coated vapor cells.

They explain experimental demonstrations of the storage of non-classical states of light in warm atomic ensembles and discuss additional complications that arise for non-classical signal storage compared to that of weak coherent signals. Finally a brief comparison with other approaches is presented, such as the atomic frequency comb (AFC) memory technique and the slowing and storing of short optical pulses in specially designed photonic structures.