“This work opens new avenues for material scientists and biologists to mimic in the lab the structure of living tissues and to upscale the production of engineered constructs.” ~ Dr. Riccardo Levato and Prof. Chris Moser. 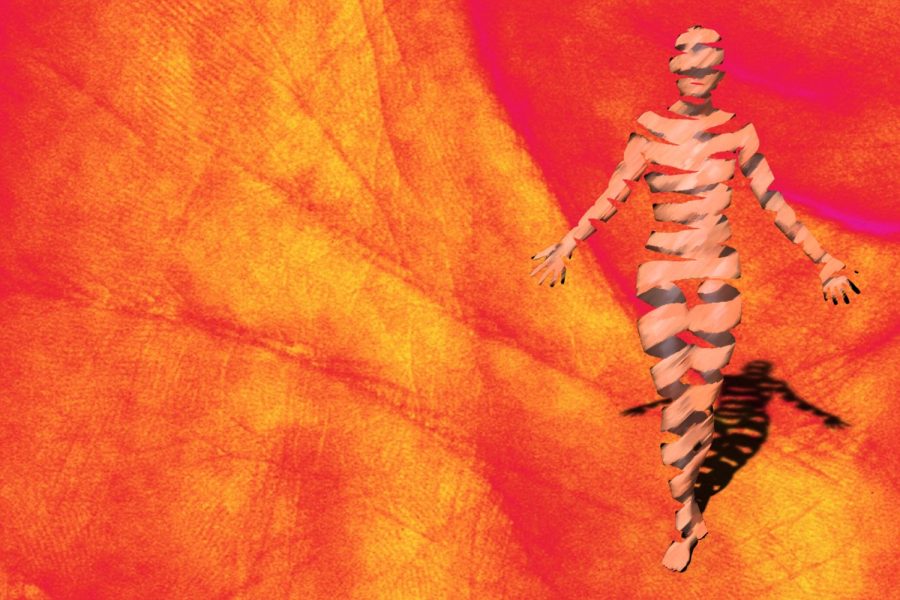 Creating an object from a scratch: not just an illusion, but a reality. Nowadays, there is a way to turn your ideas into three-dimensional objects and here, the magic word is 3D printing.

This technique, also called additive manufacturing, consistsofn successive layer-by-layer depositions of material which, all together, form the desired object. Contrary to conventional techniques, 3D printing allows the manufacturing of complex shapes using a small amount of material and reduced number of fabrication steps.

With the term 3D printing, we usually refer to technologies which use polymers, resins and molten metals as printing material to produce three-dimensional objects. However, over the last 30 years, this concept has developed toward new horizons, leading to the production of 3D artificial bio tissues which resemble the architecture and function of native ones. In this case, when used to deposit living cells layer-by-layer, we talk more specifically about 3D bioprinting.

Nowadays, the most common technologies for 3D bioprinting are based on approaches such as extrusion printing, stereolithography, laser-based methods, and melt electrowriting. These technologies have the ability to accurately control the spatial orchestration of multiple cell types and biomaterials in an automated patterning process. However, they also present some disadvantages, e.g., the difficulties in reproducing convoluted geometries, which in fact are typical of native tissues. Moreover, a severe restriction is represented by long printing times when large, physiological-sized constructs need to be fabricated. This characteristic also affects the large-scale production of artificial tissues, thus limiting the adoption of 3D bioprinting at an industrial level.

In order to overcome these limitations, Prof. Riccardo Levato of the University Medical Center Utrecht, the Netherlands, and Prof. Christophe Moser of École Polytechnique Fédéral Lausanne (EPFL), Switzerland, have proposed a new strategy for the 3D bioprinting. In their recently published article they present a “Volumetric Bioprinting” (VBP) approach to create any convoluted free-form geometry with unprecedented speed of fabrication.

This method takes inspiration from the principle of computed tomography—commonly used in medical imaging—although in reverse. In VBP, a cell-friendly visible laser light is used to cast multiple tomographic projections onto a light-sensitive hydrogel embedding stem cells. Although the whole volume is photo-exposed, the composition of these projections creates a 3D light field that provides enough energy to crosslink the hydrogel only in correspondence to the desired design. This results in a 3D construct, floating in the host hydrogel, which can be realized in the time frame of a few tens of seconds.

Contrary to other bioprinting technologies, e.g., stereolithography, which works in the time scale of hours to produce clinically-relevant sized (> cm3) structures, VBP thus permits the fabrication of living tissue constructs with analogous dimensions and complex 3D architectures by strongly reducing the fabrication times. As a consequence, VBP not only leads to high mimicry of the architecture of human tissues, but it preserves cells by minimizing the time outside of their optimal culture environment.

Given the freedom to print any complex geometry, anatomical, patient-specific grafts with unprecedented precision and short fabrications times, VBP lends itself to be the new paradigm of regenerative medicine, also paving the way for the scaling-up of tissue production. Thanks to these characteristics, Prof. Levato and Prof. Moser expect this approach will find application in many fields also outside tissue engineering, even including soft robotics. As they claimed, “We expect Volumetric Bioprinting technology to be part of the bioprinting toolkit that will one day create fully functional organs.”

In the future, the authors aim to further improve VBP technology by addressing the structural function of load bearing tissues, developing new materials and fully matching the function between their biofabricated tissues and the native ones. This sounds promising to us: we are looking forward to seeing new developments!