Compared to other platforms, this new "on-a-chip" system allows membrane proteins to be studied in their natural state. 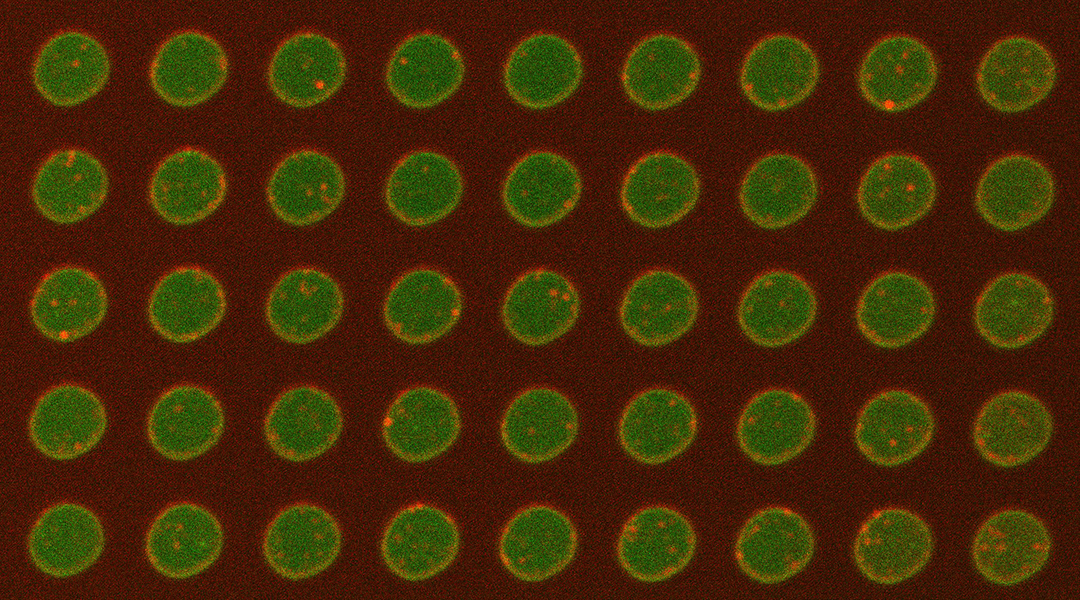 The cell membrane or plasma membrane is the layer that separates the interior of cells within living creatures, separating them from their environment, protecting them, and allowing the crucial work of the cell to continue.

Some membrane proteins act as sentries, identifying pathogens like bacteria and viruses, and communicating extra-cellular stimuli to the cell. Because of these roles, around half of current pharmaceutics  —  a field in pharmacy which looks to transform new chemicals and old medications into new medicines  —  target membrane proteins.

To do this, it is crucial to have a platform to study membrane proteins in their natural environment. However, obtaining structural and dynamic information about membrane protein complexes is currently one of the most significant challenges in cell and molecular biology.

A new paper published in the journal Small by Venkat Kalyna Sundaram, Manindra Bera, and Sathish Ramakrishnan from the Nanobiology Institute at Yale University School of Medicine describes the development of a “plasma membrane-on-a-chip”.

This reusable, tunable, silicon-based platform enables lipid and protein dynamics in artificial and cell-derived membranes to be visualized and studied in their natural environments.

“Cellular plasma membranes are lipidic envelopes that separate the cellular environment from the outside. They act as gatekeepers, controlling what traverses the boundary with the help of membrane proteins,” said Kalyna Sundaram. “Almost one-third of the total human proteome [the set of proteins produced in an organism]are membrane proteins, which are crucial for several activities such as ion transport and signalling.”

One way of studying these membranes is by placing them on a substrate made of glass or mica, but these applications are hindered by the lack of an aqueous compartment which results in limited space that reduces lipid and protein diffusion. Also holding back this technique is the fact that the distribution of lipids between leaflets of the cellular bilayer is difficult to reconstruct.

The team tackled this problem by forming bilayers from cell-derived membranes on a silicon platform.

“We showed from insulin-secreting cells, human embryonic kidney (HEK) cells and neuroblastoma cells, we could harvest giant plasma membrane vesicles and form bilayers on the chip,” explained Ramakrishnan. “Our rationale for doing this was to create a platform to study these proteins in their native environment. Hence the name, ‘plasma membrane-on-a-chip’.”

Rather than reconstituting everything from scratch, the team harnessed the ability of the cell to do this naturally. “In this way, we can preserve the membrane asymmetry and protein orientation while also maintaining lipid microdomains which can be crucial for protein functionality,” he continued.

One of the benefits of the membrane-on-a-chip system is the fact that a total internal reflection fluorescence (TIRF) microscope can be used to study it. This form of microscopy has a high signal-to-noise ratio, which allowed the research team to detect target proteins with single-molecule precision.

Using this technique during the study meant that the team could count individual fluorophores  — fluorescent chemical compounds that can re-emit light that falls upon them  —  and monitor ultra-fast fusion. As a result, the platform could prove helpful in screening drug-protein interactions and receptor-to-virus interactions in cells.

While conducting the research, Ramakrishnan said that he and the team encountered some unexpected results.

“We were surprised when forming bilayers from giant plasma membrane vesicles that the inner cellular leaflet faced upwards while the outer cellular leaflet pointed into the pores in the silicon wafer consistently,” he explained. “This suggested a directionality in bilayer formation and was key in our verification of lipid and protein orientation asymmetry.”

The researchers are currently focusing on modifying the chip design to allow for access to both sides of the bilayer during the experiment. They also aim to integrate electrical measurement functionality into their system that will allow sub-millisecond measurements.