Vaccinating the most vulnerable first may not have the greatest impact on COVID-19, new model suggests

A new simulator can accurately model COVID-19 and the effects of different mitigation strategies, which researchers say could help guide new policies to combat the pandemic. 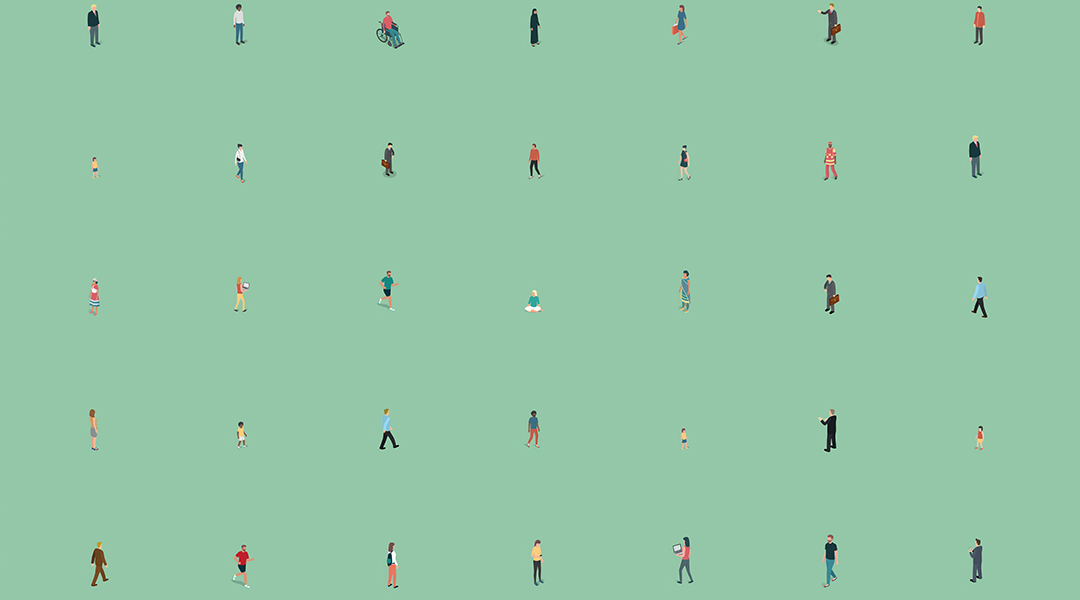 With the second wave of COVID-19 in full force — with some countries even experiencing a third wave — health authorities around the world are facing unprecedented challenges in trying to balance minimizing the virus’ spread with citizen’s livelihoods and the health of the economy. It goes without saying that being able to predict which strategies — such as lockdown measures, social distancing, and vaccinations — will provide the most meaningful outcome is invaluable for determining the best course of action.

In new study a team of researchers led by Maurizio Porfiri, Institute Professor at the NYU Tandon School of Engineering, have created a new, open-source simulation platform to accurately model COVID-19 spread. Their findings were recently published in Advanced Theory and Simulations.

The simulation uses what is called an agent-based model, which simulates different situations, such as a pandemic, on an individual level. Using data obtained from US Census statistics, the team replicated the demographics and geographic location of individuals in the city of New Rochelle where one of the first outbreaks of COVID-19 occurred in the United States.

“It’s like a sort of simplified ‘SimCity’ or ‘Second Life’ video game,” explained Porfiri to Advanced Science News. “We create a little computer program for each inhabitant of the city. This computer program is coded with the characteristic of the single individual, according to specific categories (i.e., age, job, size of the household, etc.) and is able to emulate the behavior of the single person and the interactions with others. A synthetic population is then generated, with the same statistics of the city’s population, and then interactions are simulated. Over time, these artificial people will get sick, heal, or lose their life with the same probability of the real world. We can then count the number of infected, healed, or deceased synthetic individuals over time.”

Porfiri pointed out that focusing on a city of New Rochelle’s size was crucial to the research because most cities in the US have comparable population sizes and concentrations. “We chose New Rochelle not only because of its place in the COVID timeline, but because agent-based modelling for mid-size towns is relatively unexplored despite the US being largely composed of such towns and small cities,” he said.

To ensure the model’s accuracy, the team first made sure that it was able to reproduce existing, real-world conditions, such as spread during the first wave. “Then, we can change some environmental features, like vaccinations, the use of masks, social distancing, lockdowns, etc., to project forecasts and devise ‘what-if’ scenarios,” said Porfiri. Their model matched real data very closely, which allowed them to analyze alternative scenarios.

Vaccinating the most vulnerable had minimal effects on controlling spread

Importantly, the model was used to compare the outcome of different vaccination strategies if implemented during the pandemic’s first wave. “Specifically, we evaluated the effect of vaccinating only high‐risk groups of individuals, hospital, school, or retirement home employees, or retirement home residents and compared the results to a random immunization across the entire population,” they wrote.

In contrast to current vaccination action plans being rolled out around the world, the study’s findings suggest that prioritizing high-risk individuals has a minimal effect on the spreading of COVID-19.

“If only a small number of available doses is available,” said Porfiri, “the effect on the overall transmission through the population depends only marginally on the prioritization [of vulnerable individuals]; that is, we don’t envisage a clear advantage on the global number of infected and deceased people if we prioritize sanitary personnel, or first responders.”

For significant reduction in the number of cases, the model indicates that a very large fraction of the general population should be vaccinated. But Porfiri says the problem can be more nuanced than just this. “We agree that prioritization is useful to protect specific sectors of the population (e.g., teachers to keep schools open, doctors to continue to fight the virus, etc.),” he added. “These kinds of decisions, however, have to be taken by policy makers with the support of models.”

What the model did effectively confirm were the benefits of lockdowns and restriction of  movements in halting COVID-19. Even compared to any of the vaccination strategies explored by Porfiri and his colleagues, these proved to be key in fighting COVID-19 spread and minimizing loss of life.

This is a message that many healthcare professionals, policymakers, and scientists are still trying to reiterate to the public: that even when vaccinations become more widespread, measures such as social distancing, wearing masks, and rolling lockdowns will not be thrown out the door. To add to this, clinical studies by Pfizer, Moderna, and AstraZeneca have been demonstrating the safety and efficacy of the new vaccines, however, there is still no definitive evidence to suggest that they stop the spread of infection.

An open-source platform allows for immediate and flexible use

While some limitations to the platform exist, Porfiri says that by making it open source, it is available to other researchers and policymakers who have the complete freedom to implement improvements or apply it to other problems.

“Beyond the timely study of vaccination strategies, our model can also be adapted to explore a range of pressing problems by interested users who can directly modify our platform,” he said. “For example, the model can be swiftly adapted to describe the concurrent spread of influenza with COVID‐19, which is expected to exacerbate the impact of second and third waves.

“Likewise, the model can provide clear and quantitative support to the long‐debated recommendations regarding the need to avoid large gatherings and always use masks,” concluded Porfiri. Given the current political climate and the push-back against government-imposed public safety measures, providing evidence that they are effective and that future adaptations of these policies, as well as new strategies, will help reduce infection rates and death is more important than ever.

Porfiri and his colleagues hope that their work will help guide policy to make the best decisions in an unprecedented situation.