Using a comb made of lasers to study greenhouse gases

Researchers working to understand climate change, find inspiration in the most unlikely of places. 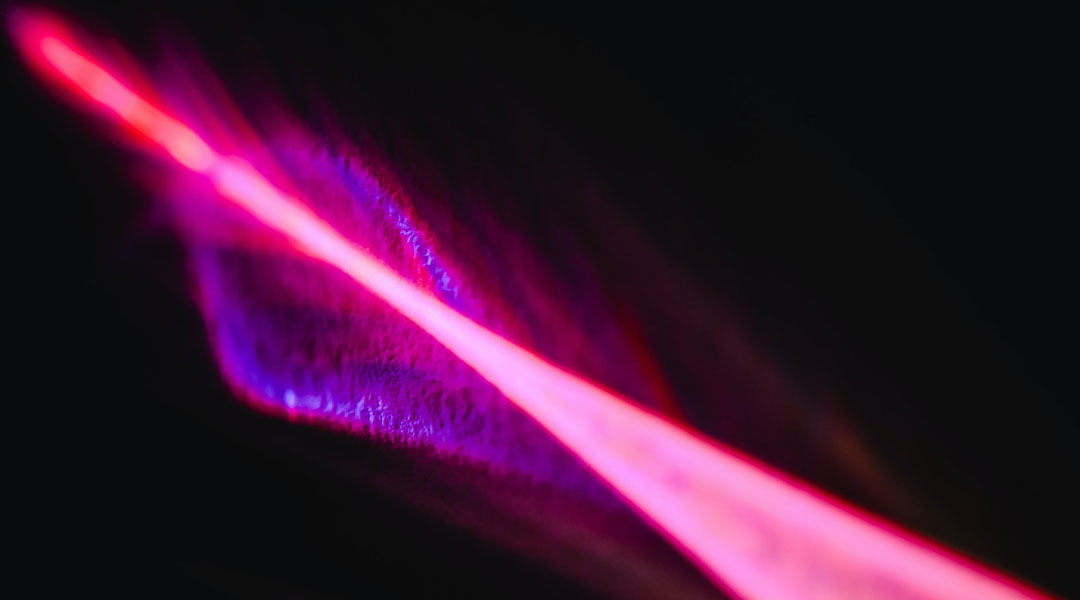 Our atmosphere is a turbulent medley of various gases. CO2, NO2, and H2O, are among the most notable of these, and changes in their concentration are leading to warming of the atmosphere. Atmospheric scientists are constantly trying to keep their finger on the pulse of these greenhouse gases by assessing their concentrations as well as identifying where they came from. To paint an even more comprehensive picture of our atmospheric makeup, scientists in Colorado sought inspiration from an unlikely source: a comb.

Current methods of measuring atmospheric makeup are based on the concept of spectroscopy. Electromagnetic radiation excites molecules, causing them to radiate their own, unique signature based on their composition. These fingerprints can then be used to determine the composition of an entity, like the atmosphere. Scientists researching atmospheric composition typically either pay attention to a highly specific set of wavelengths, or will investigate a larger range of wavelengths using a source of light like the Sun, through Fourier-transform infrared spectroscopy. However, both techniques have shortcomings.

“Since tunable lasers typically only scan over a small wavelength range, they usually only measure a couple of gases,” says author Kevin Cossel from the National Institute of Standards and Technology. He continues: “On the other hand, Fourier-transform infrared spectroscopy systems measure over a very broad spectrum, so they can measure a large number of gases, but they do not typically measure the wavelengths in the spectrum as accurately.” This trade-off between quantity and quality inspired the research team to develop a new technique altogether.

First, a laser source outputs light in the mid-infrared range of wavelengths from 4.5 to 5 micrometers. Within this larger range are hundreds of thousands of “comb teeth”—narrow emission lines evenly spaced within the broader output. “To measure greenhouse gases, we look at how much comb light is absorbed at each wavelength,” explains Cossel. “Since each gas has a distinctive pattern of absorption (the “absorption spectrum”), we can identify which gases are present and how much of each gas is present.”

To measure greenhouse gases, the laser is shot across an expanse of the National Institute of Standards and Technology’s campus to a reflector, where it is reflected back to a receiver, exciting molecules along the way. Increasing the length of the path subsequently increases the sensitivity of the instrument, allowing the detection of small changes in greenhouse gas concentration. Cossel and the team can generate readings every two minutes, creating a robust data set with incredibly high temporal resolution.

The comb is an achievement in the measurement of greenhouse gases due to its ability to measure hard-to-detect gases. “The hardest greenhouse gas to measure of the four is N2O, which was the major advancement in this paper,” says Cossel. N2O is in much smaller concentrations than other greenhouse gases, which is why the laser’s larger, mid-infrared output is important.

“The biggest goal is to get the system out into the field and performing more measurements.” As Cossel and colleagues continue to hone their methodology, they are laying the groundwork for a more comprehensive understanding of out atmosphere, and how it’s warming.

Temporary light-emitting tattoos, anyone?
What’s so special about rivers that run dry?
Children Born Today Will Suffer the Most as a Result of Climate Change
Mussels and chameleons inspire a new type of sensor