Physicists at the Gemini Observatory have found a new mass limit for massive stars, and found it to be lower than previously thought. 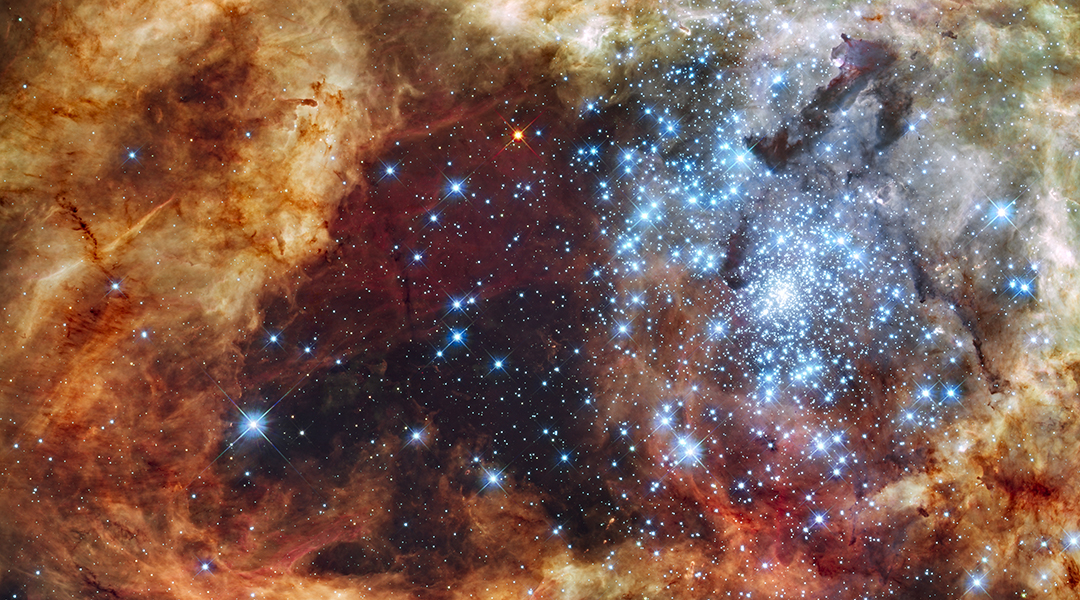 Very massive stars, which are more than 100 times the mass of our Sun, are exceptionally rare and difficult to study. There are various theoretical models which describe their structure and evolution and predict different upper limits of their masses. However, experimentally establishing a value of this limit is a challenging problem.

In a recent study published in The Astrophysical Journal, a team of physicists working at the Gemini Observatory improved on the previous estimate of this mass limit and found it to be lower than previously thought.

“Very massive stars drive the evolution of galaxies, as they inject chemicals and energy through regularly shedding their mass via a process [called] mass loss, or spectacularly at their death via events such as supernovae,” said Venu Kalari of the Gemini Observatory and lead author of the study. “This injection of chemical elements and energy contributes toward forming the next generation of stars and galaxies. They impact our life tremendously — for example, all the iron in our blood was once ejected from inside supernovae.”

The formation of heavy stars is currently not fully understood and constraining their maximum mass could improve our knowledge of this process. Observing stars of this kind is a challenge as they typically reside within densely populated cores of star clusters, making it very hard to pick out individual stars in astronomical images. Furthermore, they have a lifespan of around 2–3 million years, which is more than a thousand times less than the age of our Sun — this means that they die too quickly, and there aren’t too many of them within modern telescopes’ reach.

However, despite all this, astronomers have managed to make important observations of some of the very massive stars. The largest, called R136a1, is a member of the R136 cluster, which is located around 160,000 light years from our solar system within in the core of the Tarantula Nebula in the Large Magellanic Cloud — a dwarf companion of our Milky Way galaxy.

“R136 is situated at low latitudes — hence only visible from the southern hemisphere — in the Large Magellanic Cloud, and as a consequence, suffers little from the intervening dust, which makes it hard for us to study similarly rich clusters in the [Milky Way] Galaxy,” explained Kalari. “Moreover, it is sufficiently close to us that ground-based telescopes can separate individual stars — a problem faced in studies of more distant [star clusters].”

The R136 star cluster has been previously observed by astronomers using various ground-based telescopes as well as the Hubble Space Telescope, but none of the images of the cluster’s core were sharp enough to reliably resolve its members. Even with these observations, however, astronomers were able to measure the radiation spectrum of R136a1, and from this,  estimate its mass, which turned out to be 180–325 times the mass of our Sun.

In the new study, astronomers from Chile, Germany, the UK, and the US used the South telescope of the International Gemini Observatory to resolve all the individual stars of the R136 star cluster’s core to obtain a more reliable estimation of the most massive known star’s mass.

They took advantage of technology called speckle imaging available through the Gemini South telescope’s Zorro instrument. The technique allowed them to increase the telescope’s resolution by taking thousands of short-exposure images of the star cluster in the visible range. After carefully processing the data, the technique made it possible to cancel almost all the blurring caused by the Earth’s atmosphere, which suppressed the resolution of all previous measurements. This provides complementary images to those that may be taken in the infrared range by the James Webb  Telescope, which was recently launched into space.

The mass of R136a1 turned out to be lower than previously thought — in the range of 170 to 230 solar masses — though is nevertheless the largest star in the history of recorded observation.

“The eventual fate of a star is determined by its mass,” said Kalari. “There is a prediction that stars above 150–250 times the Sun’s mass end their lives via a process called pair-instability supernovae, where a star is completely blown apart, ejecting an immense amount of energy and chemical elements.

“These predictions have an important impact on our understanding of how certain elements are formed,” he continued. “Our best knowledge suggests that stars in the early universe formed much more massive than those we see currently. However, detecting stars above 150 times the Sun’s mass nearby would suggest that these pair-instability supernovae occurred regularly in the early universe.”

Physicists expect that the next generation of ground-based telescopes — with mirrors around 30 meters — in diameter will allow us to understand the properties of the heaviest stars even better.

“The next-generation telescopes currently being built are expected to significantly transform our understanding of the universe,” concluded Kalari. “These telescopes will be able to resolve stars in more distant galaxies and also much fainter than currently possible.”