Two Layers are Better than One for Nitric Oxide Detection

Nitric oxide detectors made of two to four layers of MoS2 incorporated into a field-effect transistor outperform a single-layered device. 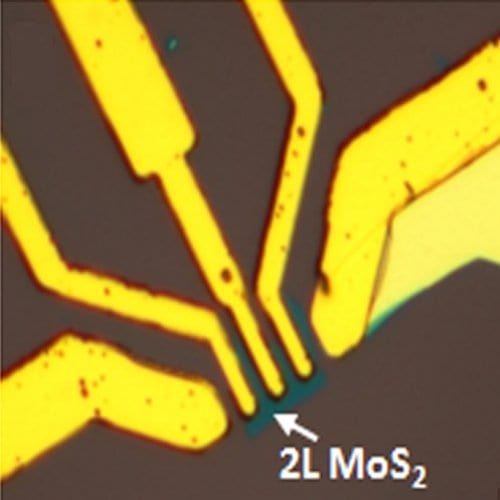 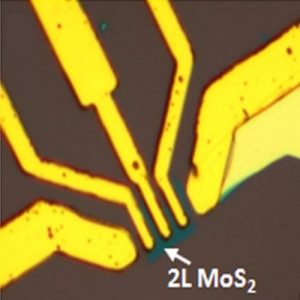 Nitric oxide detectors made of two to four layers of MoS2 incorporated into a field-effect transistor are better than the corresponding single-layered device, say researchers in Singapore.

Nitric oxide (NO) is an air pollutant implicated in the formation of acid rain, which is produced in many sectors, including automotive, industrial, and agricultural. As emissions rise and standards tighten, the need to accurately, quickly, and cheaply detect levels of NO using portable and low-energy detectors is increasing.

There are many approaches to this detection, most based on 1D or 2D semiconductor surfaces. Graphene has been used for this purpose, as have single-layer MoS2 and other related compounds. MoS2 was recently used to produce field-effect transistors (FETs), which were able to detect NO.

Now, scientists at Nanyang Technological University, Singapore, led by Hua Zhang, have made not only FET devices containing a single MoS2 layer but also devices containing two, three, and four layers. The single-layer devices had a rapid and dramatic response to NO, but their current was not stable so they may not prove suitable for use in the field. On the other hand, the multilayered devices had stable and sensitive responses with a detection limit of just 0.8 ppm.

Better and cheaper 2D NO sensors should enable toxic gas levels to be monitored more easily and cheaply in a variety of situations and countries. The multilayer dimension of this work could also be applied to other applications of MoS2 such as dry lubrication, catalysis, generation of hydrogen gas, etc., as well as inspiring work on multiple layers in other systems.