Turning up the Heat on Solid Lubricants

This organic–inorganic composite lubricant displays the best of both worlds for solid-state, high-temperature applications. 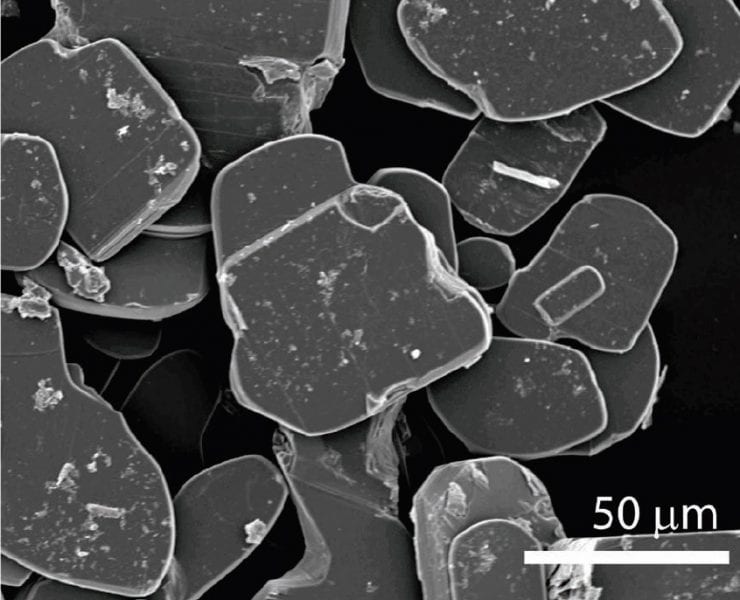 Researchers from the Netherlands have created a hybrid solid lubricant which shows the combined advantages of its constituent organic and inorganic species while cleverly overcoming their individual weaknesses.

The hybrid is made up of 2D layers of inorganic crystalline titanate separated by organic 11-aminoundecanoic acid, which polymerizes to form layers of nylon-11 when taken above 200 °C. The use of amino acids instead of ammonium ions means that the chemical process used to aid exfoliation and form the polymer layers is much greener, with significantly reduced toxicity.

When the lubricant is heated, the polymer softens, forming the basis of the lubrication mechanism. Degradation of these polymer layers at higher temperatures—a problem for purely organic lubricants—is avoided by their confinement between the titanium oxide layers. 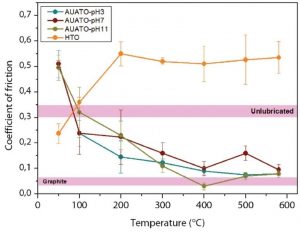 The new lubricant was tested as a dried suspension and at different pH values, and compared with a state-of-the-art solid-state lubricant, graphite, within a range of 25 to 580 degrees. The changes in pH affected the lubricant morphology, but not its performance, suggesting that the degree of disorder of the inorganic nanosheets is irrelevant for this sort of application.

The authors of the study indicate that further experiments at higher loads will be necessary in order to establish relevant co-efficients of friction at realistic industr ial levels for this promising material.

Check out the detailed kinetics of formation of their new lubricant in Advanced Materials Interfaces.