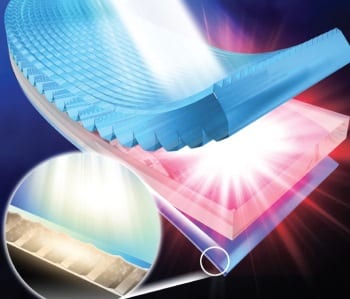 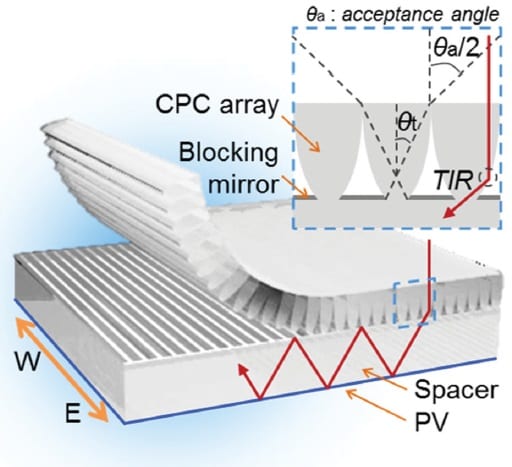 Recent years have seen remarkable progress in thin-film photovoltaic technologies, utilizing novel materials including organic molecules, quantum dots, and perovskites. Consequently, their power conversion efficiencies have already broken the 10% barrier and, now, 20% is being seen as the next milestone.

While recent advances have mostly been led by the development of new materials, the intrinsic optical potential of these systems has not yet been fully explored. Undeniably, exploiting optics is the key to future progress in thin-film photovoltaics, toward achieving ultrahigh efficiency and the new 20% barrier.

Researchers working in Korea have revisited ray optics, focusing on designing a black thin-film photovoltaic system by fully utilizing the dual characteristics of light. They propose a novel structure called a compound parabolic trapper as an optimized scheme to maximize multiple bounces of the incident photons on the photovoltaic layer, for a given incident angle range. The broadband enhancement offered by this ray-optical approach and the strong resonance effect at a specific wavelength region offered by a nanophotonical approach are combined.

This combination achieves a black photovoltaic with absorption of 94%. As a result, the power conversion efficiency of a polymer solar cell can be improved from 9.38% to 10.8%.