Climate migration has already begun, and it appears tiger sharks have been on the move for decades. 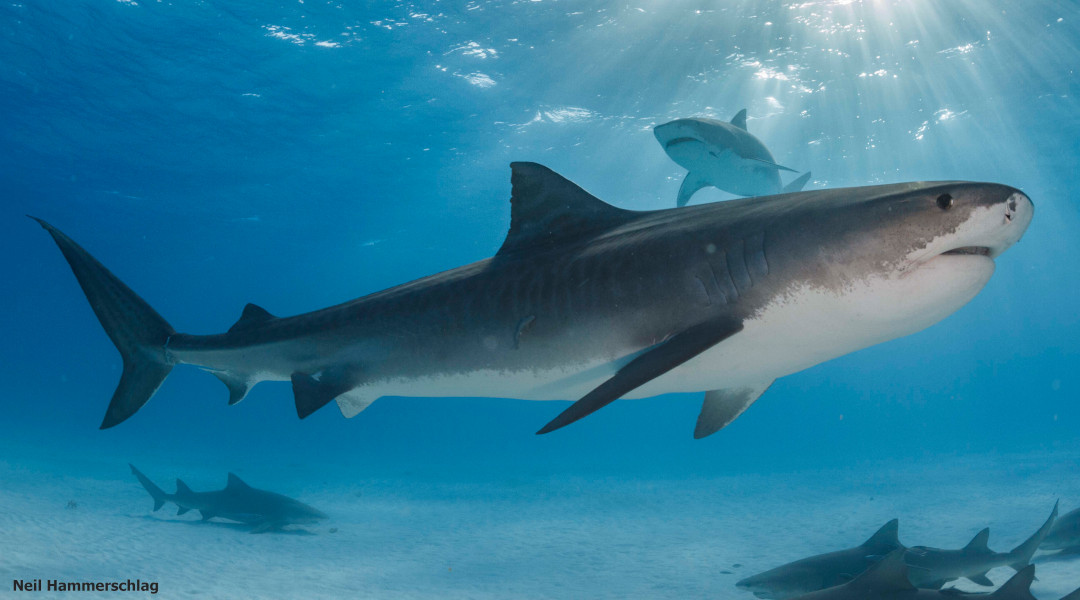 Climate-driven migration is expected to increase globally, both on land and in the ocean, as higher temperatures alter habitats. While seasonal migration is considered an adaptive response to environmental changes, migration caused by ocean warming can have adverse effects on ecosystems, such as predator-prey interactions.

“Determining the effects of ocean warming on the movements of apex predators, such as large sharks, is particularly important since apex predators help maintain healthy oceans by keeping prey populations in check and preventing the spread of invasive species, among other effects,” explained Neil Hammerschlag, a marine ecologist and associate professor at the University of Miami Rosenstiel School of Marine & Atmospheric Science, and Leonard & Jayne Abess Center for Ecosystem Science & Policy.

Hammerschlag and his research team are studying how top marine predators respond to global changes. Their recent study reveals interesting findings about the behavior of the tiger shark (Galeocerdo cuvier) in response to ocean warming in the Western North Atlantic.

“This was a logistically challenging task given that we couldn’t simply go out and observe the sharks, they are hidden under the invisibility cloak of the ocean. So, our research required an innovative, collaborative, inclusive, and diverse set of integrated methods,” said Hammerschlag. “We used a combined analysis of satellite tracking of tagged tiger sharks, remotely sensed environmental data, modeling, and nearly 40 years of shark capture to evaluate how ocean warming was impacting tiger shark movement.”

The data collected by the research group reveals that over the past four decades, ocean warming has shifted the distribution of tiger sharks poleward, with their arrival in northern latitudes occurring earlier in the year during periods with extremely warm water temperatures.

“The last decade saw the hottest ocean temperatures ever recorded,” said Hammerschlag. “During the warmest months, for every 1-degree Celsius increase in water temperatures above the long-term average, tracked tiger sharks moved poleward by nearly four degrees of latitude, and also migrated about 14 days earlier to waters off the Northeast US. […] Given their role as apex predators, these changes could disrupt natural predator-prey interactions, ultimately leading to ecological imbalances.”

The study also suggests that warmer temperatures may redistribute sharks into new areas where more encounters with humans will occur.

“Most importantly, we have discovered that ocean warming has caused tiger sharks to shift their movement outside of zones that had been providing them with protection from fishing,” explained Hammerschlag. As a result, tiger sharks are becoming more vulnerable.

“These results are consistent with ocean warming impacting the distributions of various marine species, but it is a first for sharks showing impacts of climate variability and change on the distribution, migratory timing, and spatial protections,” he added.